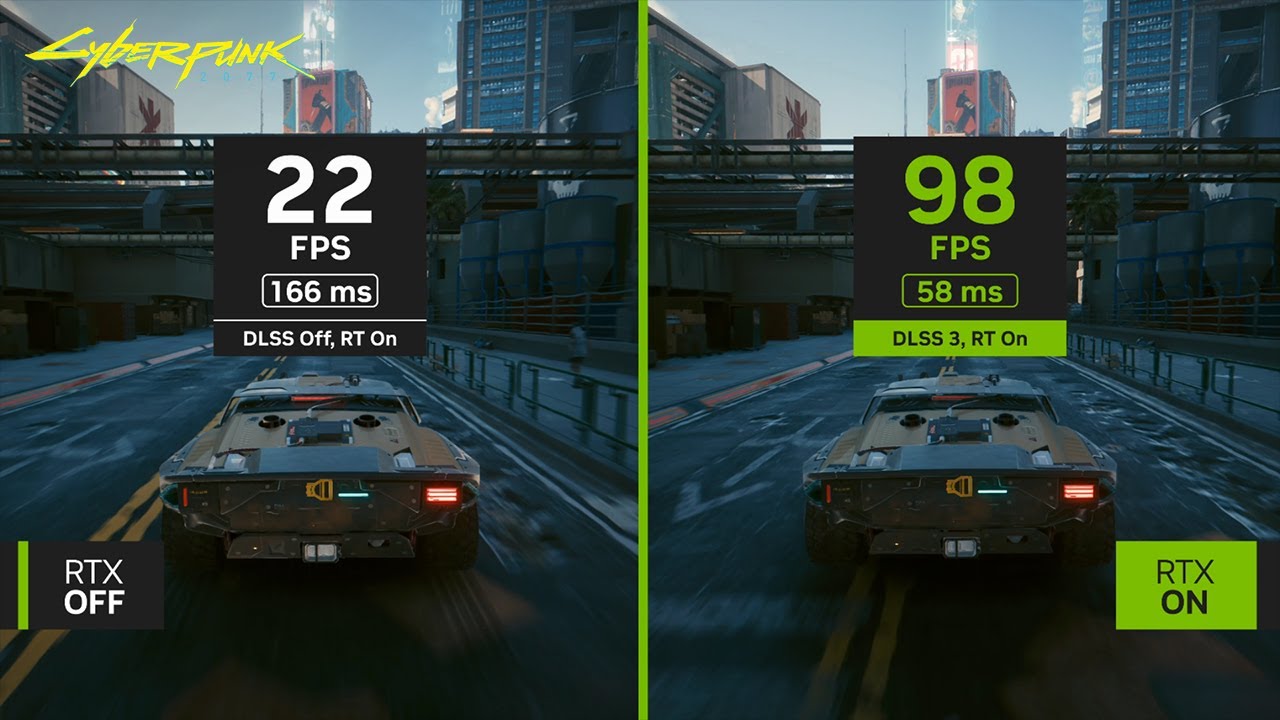 Nvidia DLSS 3 is the next evolution of Nvidia’s upscaling technology. DLSS, also known as deep learning super sampling, is an AI-based upscaling technology from Nvidia. This has helped graphics cards reach much higher frame rates in demanding situations without compromising image quality.

DLSS 3 takes things one step further. However, Nvidia has also revealed that DLSS 3 will be exclusive to GeForce RTX 4000 graphics cards.

DLSS 3 utilizes AI-based calculations to generate entirely new frames. DLSS 3 also uses other Nvidia technologies like Nvidia Reflex to ensure that latency is not compromised. This enables Nvidia to provide up to 4x the performance compared to native resolutions with GeForce RTX 4090 compared to GeForce RTX 3090.

Nvidia has pointed out that DLSS 3 relies on fourth-generation Tensor Cores and Optical Flow Accelerator of the Ada Lovelace architecture. This means that GeForce RTX 2000 and GeForce RTX 3000 graphics cards lack the hardware required for the new upscaling technology.

The green camp has also showcased some preliminary benchmarks for DLSS 3. Cyberpunk 2077 was showcased with a 4x increase in performance in the new overdrive ray-tracing mode.

Nvidia also claims that DLSS 3 can help CPU-limited games. Recent examples like Spider-Man Remastered on PC have proven challenging for the best of CPUs, so this might come in handy for future titles. The company has showcased Microsoft Flight Simulator with double the FPS after DLSS 3 was enabled.

Currently, 35 games and applications have been confirmed for DLSS 3 support. Games like Cyberpunk 2077 and Dying Light 2 will support the technology, while upcoming titles like A Plague Tale: Requiem will also implement DLSS 3. The complete list of supported tags can be seen below.