Founded in 1986, GIGABYTE is committed to providing top-notch solutions that “upgrade your life”. Gigabyte is regarded as a pioneer in innovation with groundbreaking excitements such as Ultra Durable™ a revolutionary technology that redefines the industry, WINDFORCE™ exclusive heat dissipation design that builds for extreme performance.

They have also invented a premium gaming brand, AORUS a full spectrum of gaming products for gamers and enthusiasts. GIGABYTE has continuously brought unique new ways of the digital world and created marvelous products that empower you with meaningful and charming experiences.

GIGABYTE is always consumer-oriented from the very beginning of product design to the end of value chain. With the focus on consumer needs, the delivery of customer experiences has been transformed into tangible and understood customer cares.Gigabyte sent us for GTX 1060 Mini Review.

Therefore, GIGABYTE has integrated the best quality of components to ensure outstanding stability and reliability and also built up a complete service network with hundreds of customer service centers around the globe. Behind everything they do is a clear focus on what our customers value. GIGABYTE has kept staying one step ahead of consumer desires to create unique connections and pursue every gamer or entrepreneur’s desire.

The GIGABYTE GeForce® GTX 1060 Mini Review(GV-N1060IXOC-3GD) is surprisingly the most valuable yet cheapest upgrade to get immense gaming experience with fully loaded Game Works by Nvidia itself, latest DirectX 12 API support that came right up with Microsoft Windows 10, Pascal architecture with a tremendous escalation in power to performance ratio, 3GB of GDDR5 memory and 192bit of bus width. Detailed specifications are as below 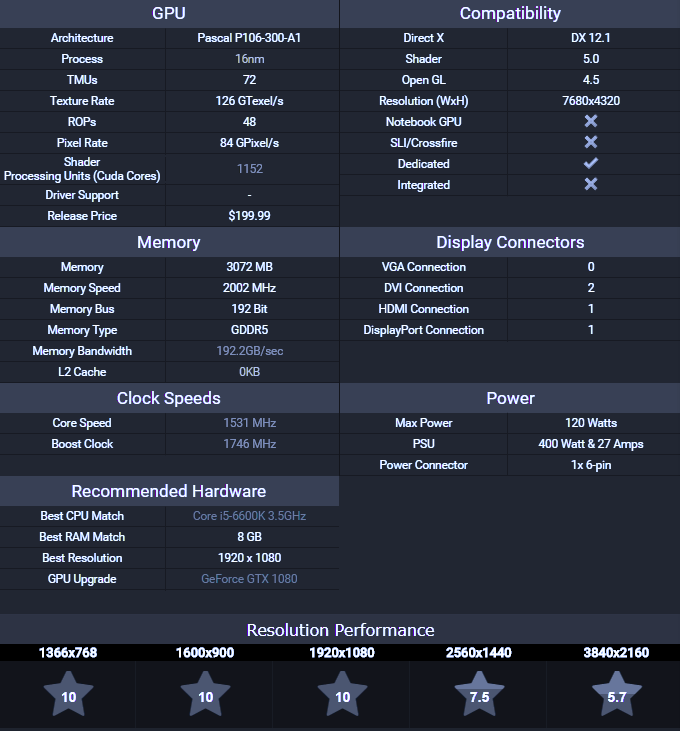 This mini beast wields some real potential that can’t even be imagined by its price tag and fine looking physical design!

As it yields the most compact (mini ITX) design so its package is not that much huge as full (2x fan) version of Gigabyte Geforce 1060. The box is made of cardboard having Gigabyte’s signature “Eye” and Nvidia’s Pascal series features including VR Works, Nvidia GameWorks, G-Sync & DirectX 12.

When taking out the GPU, there is a cap on the PCI-e bottom to protect it from rusting. It is literally recommended to insert the GPU in your motherboard’s PCI-e slot after taking of that cap!. There are seals on each of the HMDI, DVI & Display port. Well, I first put off the DP cap as I plugged in the DP cable for the display. On a plastic armor/carved-coating, There is a 90mm slick and uniquely designed fan with uniform curvy and pricky edges, hoping for a lower noise when it comes to turbo cooling mode!

Following goodies are provided with the box:

The I/O shield has a typical vented design. Following connectivity options are available on this card:

The GPU’s I/O shield yields two slots of your chassis. Entitled as “Mini/Mini ITX” means it only takes 17cm of room due to its compact design.

Following test bench setup was used to test the performance of the graphics card: 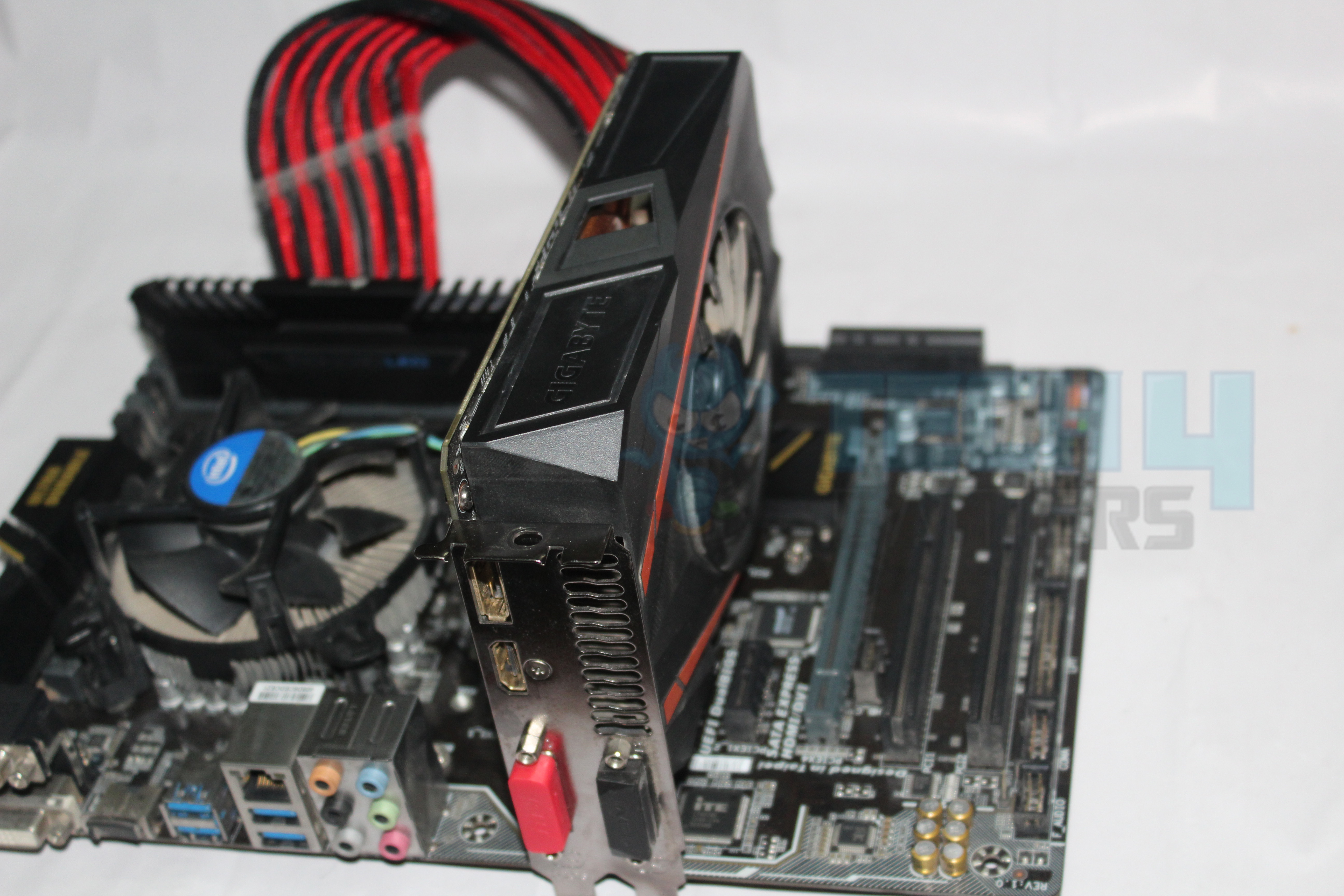 These games are personally tested on the time of review and results are post followed by them:

Call of Duty Black Ops 3 was played on Ultra presets @1080P, Resultant average FPS are 80 and 74 as a minimum

Call of Duty: WW2 was played on High presets with MSAA max and Ambient Occlusion to HBAO+ @1080P, Resultant average FPS are 55 and minimum are 40.

Gears of War 4 was played on ultra presets @1080p, Resultant average FPS are straight 60 and 52 as a minimum.

Forza Horizon 3 was played on High to ultra presets setting, Texture to high, MSAA to X2, Shadows to High @1080p, Resultant average FPS are 56 & minimum are 38

Just Cause was played on ultra presets with Max AntiAliasing @1080p, Resultant average FPS are 85 and 74 as a minimum.

Need For Speed Payback was played on ultra presets with  @1080p, Resultant average FPS are 52 and 46 as a minimum.

Sniper Elite 4 was played on ultra presets @1440p, Resultant average FPS are 55 and 52 as a minimum.

Vampyr was played on ultra presets @1080, Resultant average FPS are 61 and 58 as a minimum.

Resident Evil 7: Biohazard was played on high to ultra presets, Shadows at high and ambient to normal @1080, Resultant average FPS are 57 and 41 as a minimum.

The card boosted to 1746Mhz out of the box. During my overclocking session with this card, it reached 1.97Ghz boost clock and memory clock up to 2025Mhz with +100MHz on the core clock and the +100MHz on the memory clock.  The temperature hits 45 at idle, 55 during normal rendering and 65-70 as max during the gaming session. The pure copper heat pipes are shaped to maximize the direct contact area to the GPU. 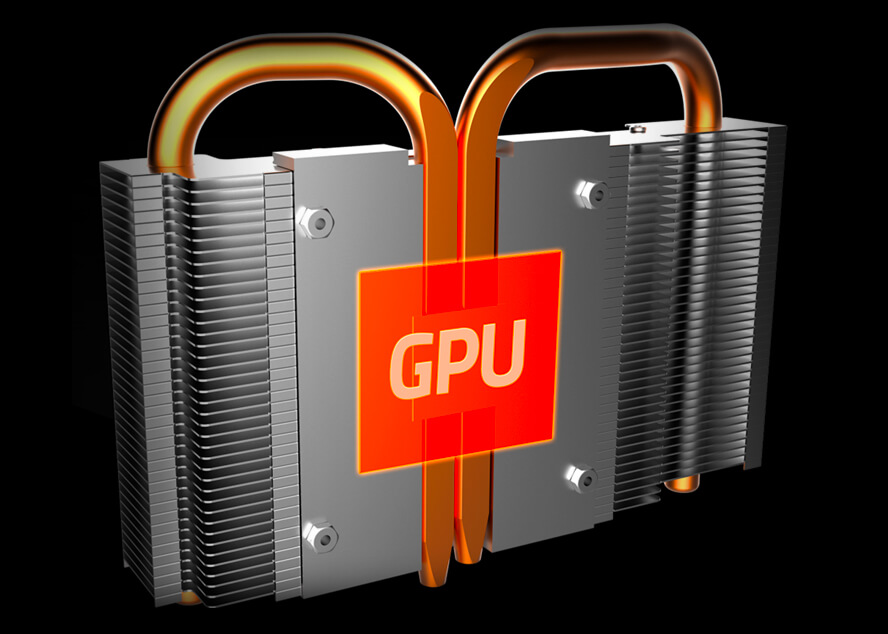 the copper pipe is only a metallic carrier to keep up the heat flow, but consist of 4 layers starting from external to internal liquid! 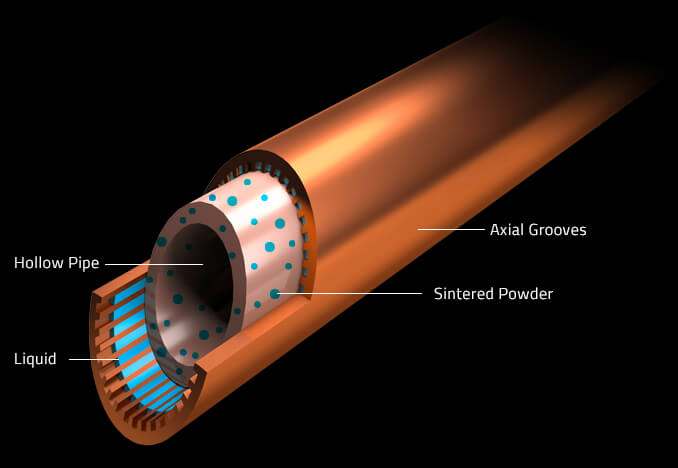 Speaking of OC! the driver disk includes Gigabyte Extreme Gaming Engine which lets any newbie get his Gigabyte GPU overclocked to or beyond its limits. With a simple click on XTREME engine utility, gamers can easily tune the card to meet their various gaming requirements without any overclocking knowledge, while saving the hassle of manual adjustment. 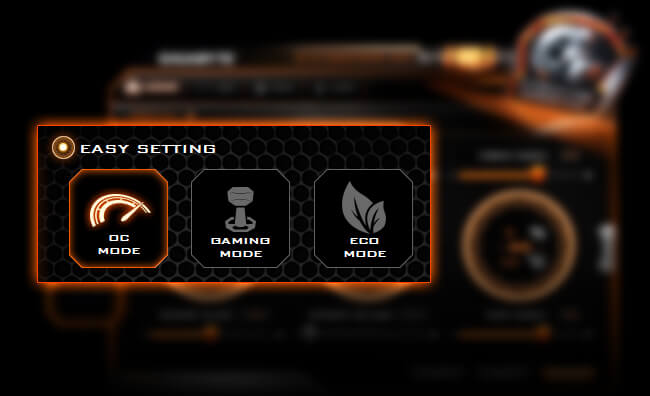 It is recommended to not to alter the voltage and power limit if you know nothing about overclocking followed by the instructions given by the product support or overclocking experts.

The GPU performed as shown below: 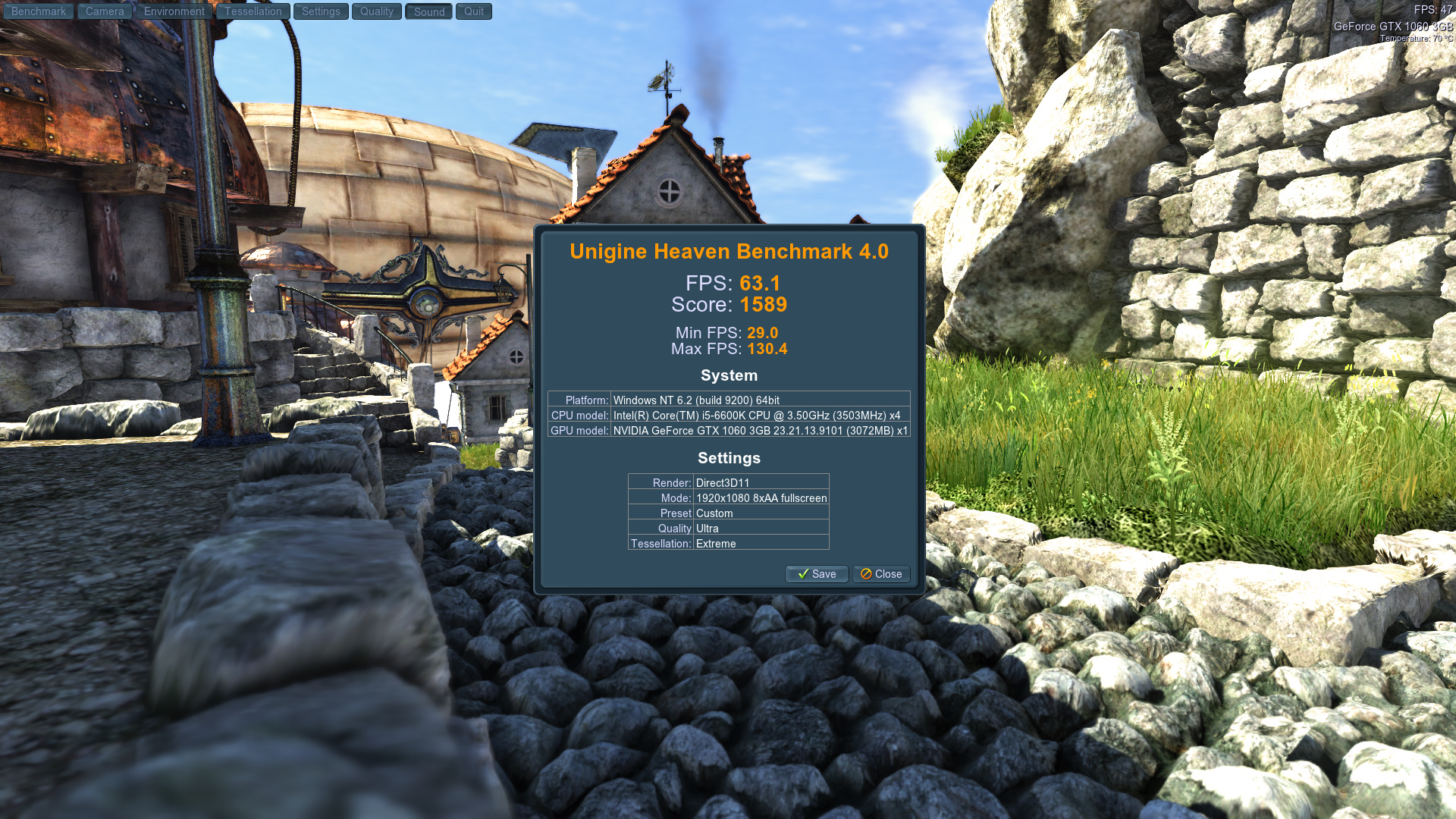 I personally used this GPU for over a year with satisfaction and recommendations to forward which lead me to write about it. This GPU is for all best GPU seekers Under $200. Probably the best choice over 1050Ti 4GB with a 44% of performance and reliability advantage.

Nowadays people are taking VRAM too seriously that they mistakenly assume that GTX 1050Ti is worth a buy over the 3GB version of GTX 1060, however they rush toward the 1050ti having a price tag of $172 to $180 and skips the bus-width, Clock speeds and Bandwidth advantages of 3GB version of GTX 1060 which worths only $199!. Moving to recommendations, both don’t support SLI thus if you’re looking for expanding with each of these GPUs to get a multiplier, go for GTX 1070 or better. 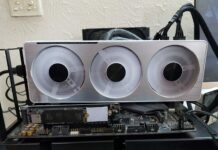 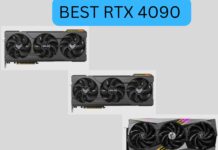 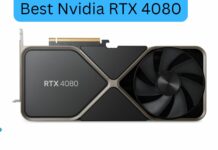 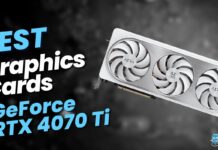 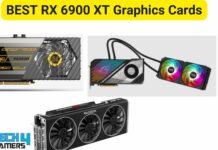 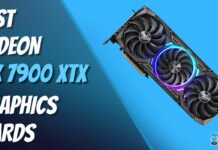 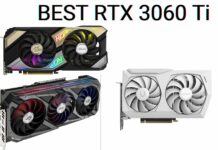 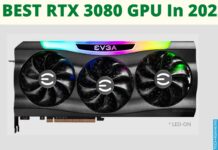 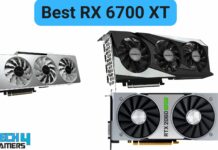 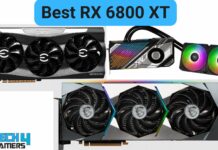 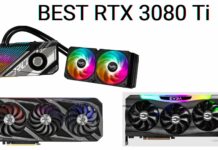 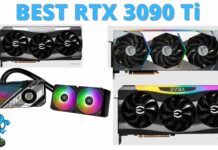 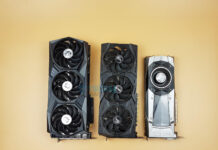 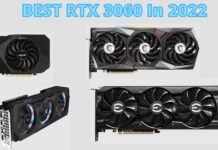 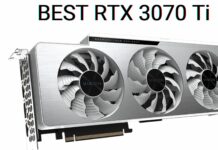