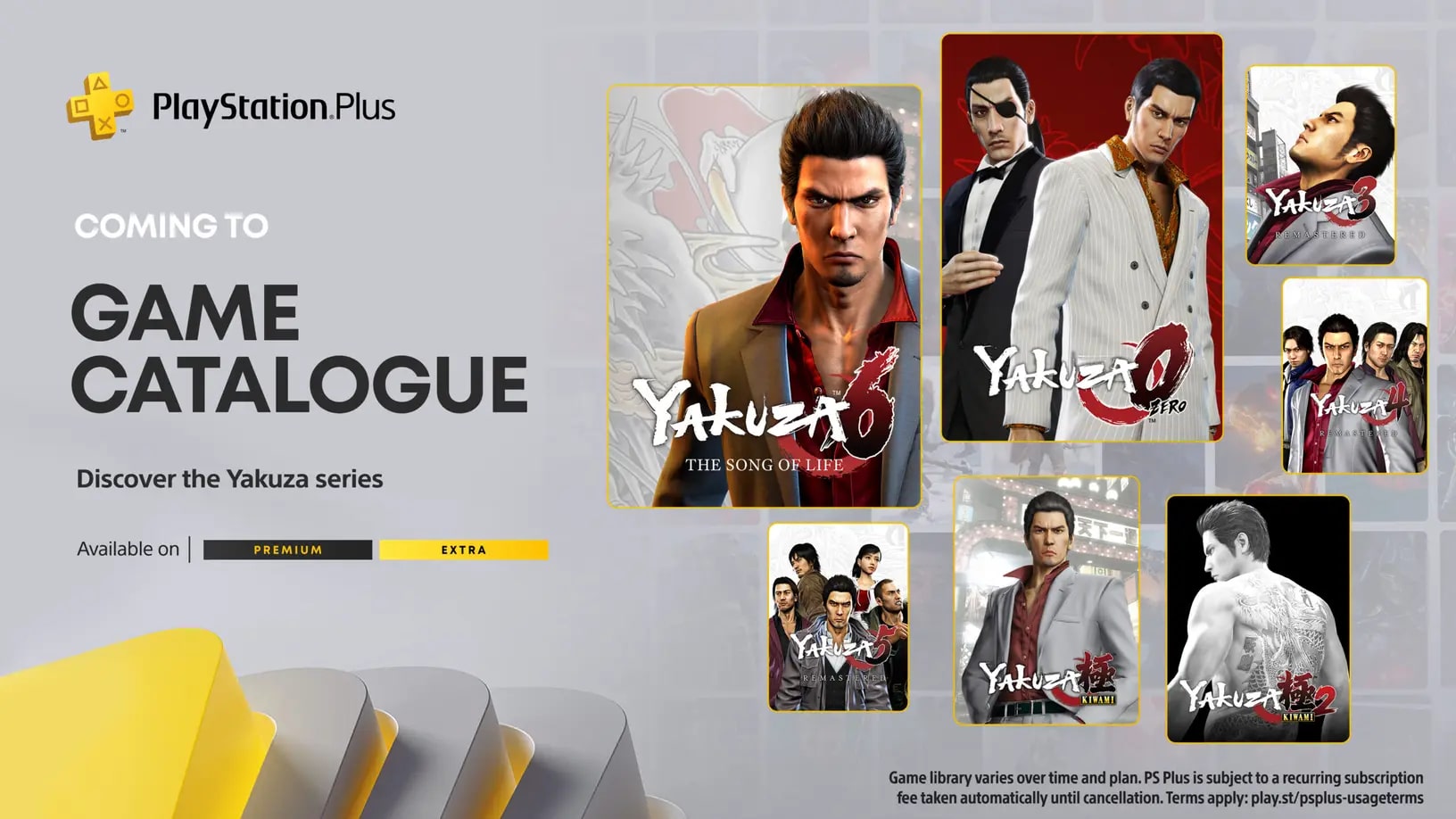 Everyone knows that Sony recently adopted the new tier-based system as part of their Playstation Plus subscription model. This model is essentially the same as the Xbox Game Pass, in which you purchase a subscription and, depending on the type (Tier) of subscription, you get access to various games.

We already know the upcoming titles coming to PlayStation Plus in August, including Tony Hawk’s Pro Skater 1+2 (PS5/PS4), Yakuza: Like a Dragon (PS5/PS4), and Little Nightmares (PS4). These games are evident that Sony has recently been aggressively promoting and growing its PlayStation Plus catalog to draw more gamers.

Additionally, it appears like Sony does not plan to stop there since they just revealed that 8 Yakuza titles, including Like a Dragon and the entire Kazuma Kiryu saga, would be available to Playstation Plus Library in 2022.

Then, as part of the lineup for the August Game Catalog, Yakuza 0, Yakuza Kiwami, and Yakuza Kiwami 2 will be made available to PlayStation Plus Extra and Premium users.

Sony stated that eight Yakuza titles would be brought on Playstation in 2022. We can anticipate further games to be added later this year to maintain the library’s freshness and excitement.

Moreover, in contrast, the Yakuza series is also available through Xbox Game Pass, and it appears like both of these subscription services want to compete with one another.

It is crucial to remember that, regardless of whether you use an Xbox or Playstation, competition is always positive and benefits customers since, as a result of the growing rivalry, users of both platforms will have access to a selection of new games through the subscription model, which makes it a win-win situation.

Ryu Ga Gotoku Studio, the creator of the Yakuza series, has been working on the follow-up to Yakuza: Like a Dragon as Nagoshi Studio gets started on its first project. In addition, Ryu Ga Gotoku is rumored to be developing a brand-new IP apart from its well-known Yakuza and Judgment series.

Which subscription model do you hold currently? Xbox Gamepass or Playstation Plus? What games would you want to see in that subscription?