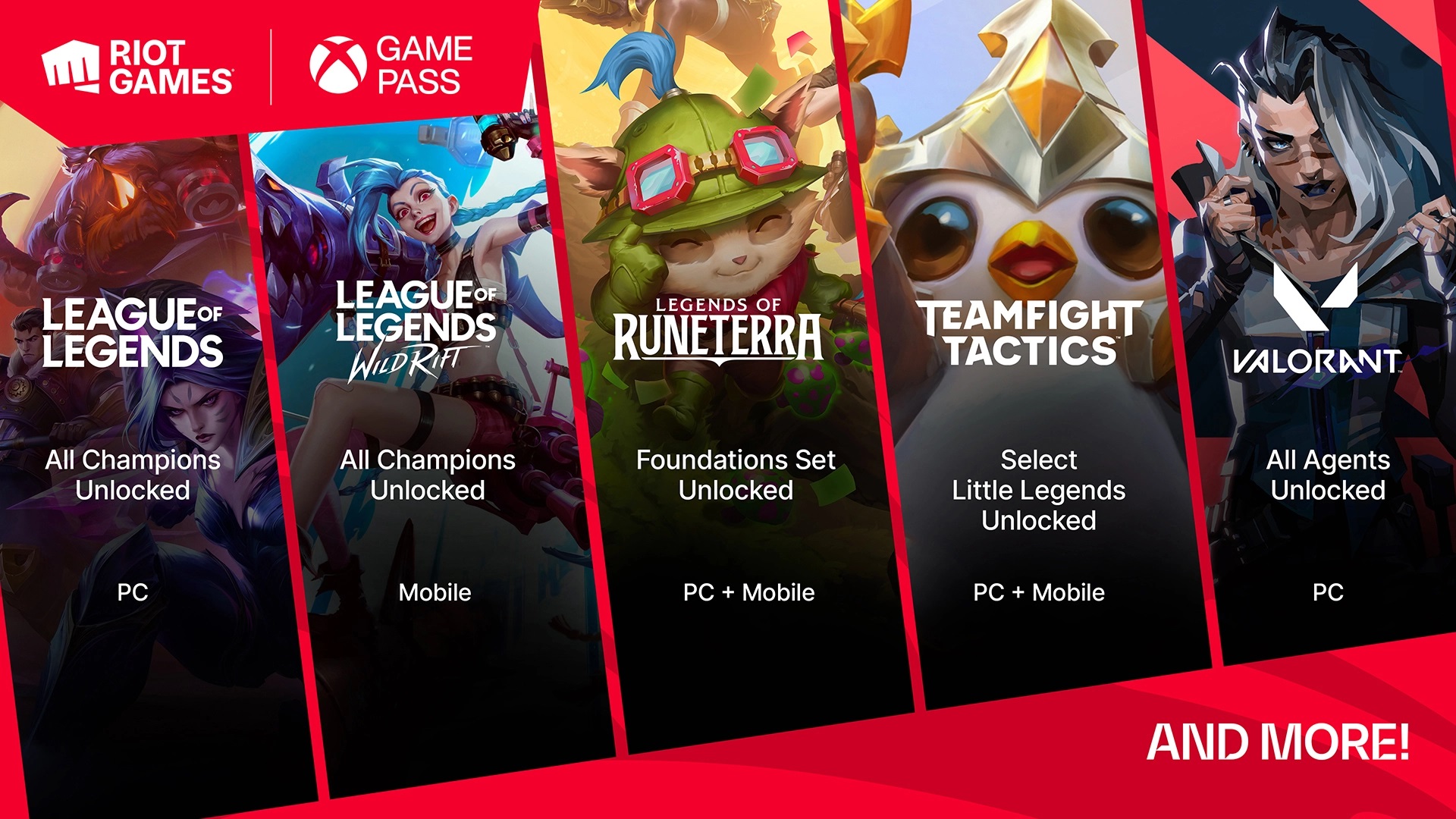 Xbox Game Pass has recently boosted the Xbox economy to new heights. The ever-increasing games library of Game Pass and Day One releases like Grounded, A Plague Tale: Requiem and Pentiment have made Xbox Game Pass an imitating deal for an Xbox console and PC owner.

In June 2022, Microsoft announced its most extensive partnership with Riot Games to bring popular Riot games like Valorant and League of Legends to Game Pass PC. Still, other than the Winter 2022 release window, no further details were revealed.

However, fans will be pleased to know that the four most popular Riot Games, including Teamfight Tactics, Valorant, and League of Legends, have been added to the Game Pass PC for free starting today.

Although all of these games are free to play, you still have to buy the in-game content, like characters and cosmetics; if you are free to play player. However, as a Game Pass subscriber, you will be given free access to this paid content.

Other than this, next year’s future is also looking strong for Xbox fans and Game Pass subscribers, with games like Redfall, Starfield, and Avowed hitting the service on Day One.

Furthermore, recently it was revealed that Microsoft is losing $100-200 on each console sale. Still, it has generated over $2.9 Billion in revenue in 2021 with Xbox Game Pass alone.

Not only has Xbox Game Pass generated insane revenues for the company, but it has also boosted Xbox console Sales as a recent report by Adobe ranked the Xbox Series X as the most sought-after product in the Black Friday Sale.

Moreover, in the recent investigations regarding Microsoft’s acquisition of Activision Blizzard, Sony has noted the popularity of Xbox Game Pass as a competitive threat and how it is disrupting the market despite having a lower subscriber base compared to PlayStation Plus and closing the Activision deal would make the service even more potent. Similarly, Google reported Xbox Game Pass as a threat to their Chrome OS gaming ecosystem.

So, what are your thoughts about this new partnership of Game Pass? Are you looking forward to playing these games on your PC? Let us know in the comment section below.