We take a deep dive into the discussion of how long thermal paste lasts, and the factors that affect its lifespan.

Thermal Paste And Its Working

Thermal Paste or Thermal Grease is a thermal conductivity substance applied to your CPU or GPU’s IHS (Integrated Heat Spreader). This helps the IHS transfer heat effectively to the pipes/pump of your CPU cooler. This heat is then dissipated through the CPU cooler’s fan(s). The thermal paste works in the same way for your graphics card. For convenience, we’ll only be talking in the context of CPUs in this article, but this topic is also completely applicable to GPUs.

There are some common questions that loom around users when it comes to thermal compounds, particularly around the method of application and which brand of thermal paste one should use. But one factor often neglected among people facing high CPU temperatures is drying the thermal paste. In this case, the thermal paste should be replaced immediately since it cannot transfer heat effectively.

How Long Does The Thermal Paste Last?

The thermal paste has a lifespan or expiry date in the tube and also after it’s applied to your chip. This lifespan varies with brands and the quality of the thermal paste. Premium thermal paste can last up to 7 years on a chip without needing replacement. Generally, though, most thermal compounds can last for up to 5 years on your CPU, but manufacturers such as Cooler Master recommend replacing them every two to three years. That’s because different outside factors can cause it to dry out quicker than what the manufacturers rate it for.

The most important factor that can affect the thermal paste is the temperature of the room in which your PC is set up. This, in turn, depends on the ambient temperatures of your area unless you have air conditioning. Generally, it is recommended that desktop/laptop computers be run at room temperature (21°C). The same applies to thermal paste; the recommended frequency of replacing thermal paste can be impacted if temperatures in your room are higher than this.

Higher ambient temperatures will not only cause your CPU to run hotter, but the temperature inside the case will also be warmer. Both these factors will affect the thermal paste and cause it to dry out more quickly. So, it’s best to make sure that you use your PC in an air-conditioned room at room temperature.

Your thermal paste might also dry out quicker if your daily workloads involve hours of CPU-intensive workloads. Particularly CPU-heavy games or productivity tasks. This isn’t a major issue, especially if your CPU temperatures are within safe limits; however, in the long run, it might cause the thermal paste to dry out faster.

If your CPU cooler is not beefy enough to cool your CPU, you’ll face higher-than-normal temperatures during workloads. Higher CPU temperatures, especially for prolonged periods, can lead to thermal paste drying out quicker.

Dust Buildup Inside Your PC

Make sure the inside of your case is free from dust by using compressed air or an air blower. The case fans and all other fans should especially be kept clean and dust-free.

How Do I Know If I Should Replace It?

If your country faces hot and humid summers and you start facing overly high temperatures in the summers, then again, the thermal paste might have dried out.

What Other Occasions Should You Replace It?

It’s not only necessary to replace the thermal paste when it’s supposedly dried out; you should also replace it if:

How Long Does It Last In The Tube?

In terms of shelf life, Cooler Master says that thermal paste should not be stored for more than two years. Shelf life refers to how long the thermal paste can remain intact and not dry out; more on that later. The shelf life can also vary according to local temperatures, but a few guidelines can be taken care of to ensure prolonged shelf life.

Guidelines For Storing It

It should be noted that following these guidelines will not improve the thermal paste’s storage life. It will only prevent it from drying out faster than the normal two years. So it’s best to buy thermal paste in the most minimal quantity possible, which is one gram for most tubes. One gram is enough for three applications, so if you’re to replace the thermal paste every two to three years, there’s still a high chance that it will dry out before you can use all of it.

How To Recognize Dried Thermal Paste

From this discussion, we can conclude that replacing the thermal paste every two to three years on your CPU is best. The thermal paste may or may not have dried by then, but it’s a good practice to follow to ensure maximum performance from your CPU cooler.

We must consider the factors we’ve discussed that can cause the thermal compound to dry out more quickly. You PC should ideally keep your PC in an air-conditioned room where room temperature can be maintained. It’s also best to ensure that your case is free from dust and that at least two case fans are installed to ensure decent airflow. You should also ensure that your CPU cooler is beefy enough to support your CPU. If you follow these guidelines, you likely won’t need to replace the thermal paste more often than every two to three years.

Thermal paste should not be stored for more than two years, as after this period, it will likely start drying out. You should purchase thermal paste in minimal quantities and buy it when you need to replace it.

Stored thermal paste should be capped properly and sealed in a bag where minimum air can reach it. It should also be kept away from direct sunlight. These factors will ensure that your thermal paste lasts as long as possible in storage. Hopefully, you now know how long thermal paste lasts.

How often should I replace my thermal paste?

It’s a good practice to replace your thermal paste once every two or three years. Also, if you start facing high CPU temperatures out of the blue, replacing the thermal paste is a good idea.

How can I keep my thermal paste from drying quickly?

You should ensure that you’re keeping the inside of your chassis clean and free from dust. Also, make sure to maintain optimum airflow inside your chassis.

How do I know if my thermal paste has dried out?

If you’re facing high CPU or GPU temperatures and haven’t replaced the thermal paste in a year or so, it’s likely that your thermal paste has dried out.

Our RTX 4090 vs. RTX 3080 Ti guide will tell you all the differences between the two graphics cards by comparing them in all categories.
Read more
Comparisons

Our Intel Core i9-13900k vs. AMD Ryzen 9 7900X guide is here to tell you all the differences between these two processors.
Read more
Comparisons

To help you understand the difference between LGA 1200 Vs LGA 1700, we are going to discuss everything there is to know about them.
Read more 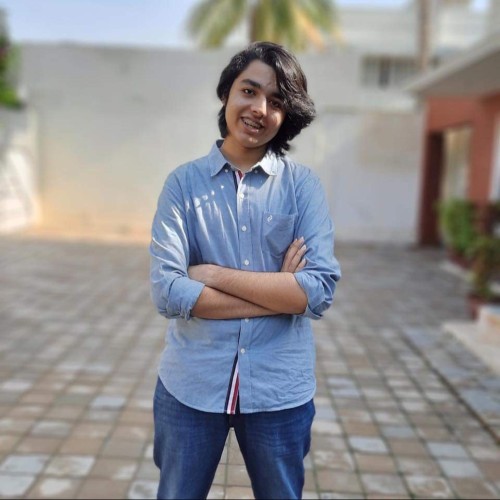