The long-awaited The Witcher 3 next-gen update was released earlier this month. While the update brings drastic graphical changes, it has affected the PC port leading to negative reviews from Steam users.

CD Projekt Red has also released a hotfix to address the issues, but the game continues to be in a bad state. However, a new fix at Nexusmods might solve many of The Witcher 3 Next-Gen problems. The mod is titled ‘Optimized Ray Tracing’ and brings significant performance gains for minimal loss in visual quality.

The comparison above shows an improvement of over 10FPS without sacrificing much visual quality.

Many users have previously noted that the game appears to be a terrible mess, even with higher-end graphics cards capable of excellent ray tracing. Issues such as stuttering and crashing have run rampant since the latest update. 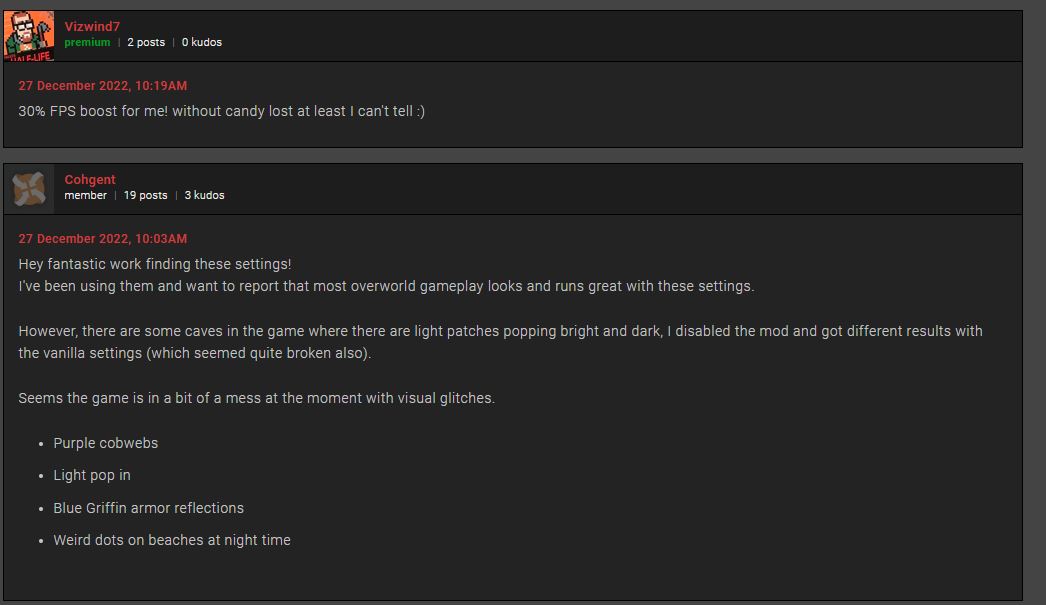 However, the mod is doing wonders for PC users looking to jump into the world of The Witcher 3. Users have claimed performance increases of 30% in some instances, and the mod has already seen nearly 4000 downloads.

However, the mod is far from perfect. After installing the mod, users have experienced visual bugs and glitches in areas such as caves. This seems frequent in many cases, so the mod might need a few more updates before it is polished.

CD Projekt Red is also working on an official fix for the game. A second hotfix was released less than a week ago, and more updates are currently being worked on for all platforms. But previous hotfixes have not been too successful, so it is not easy to conclude future updates from the developer.

At the very least, fans can find comfort in that CD Projekt Red is not shying away from the issues, and the developer has acknowledged everything wrong with the new update.

The ‘Optimized Ray Tracing’ mod might be the best way to play the title until official patches can fix the legendary game.

Read Next: Naughty Dog’s Next Game Will Be Structured More Like Tv Show