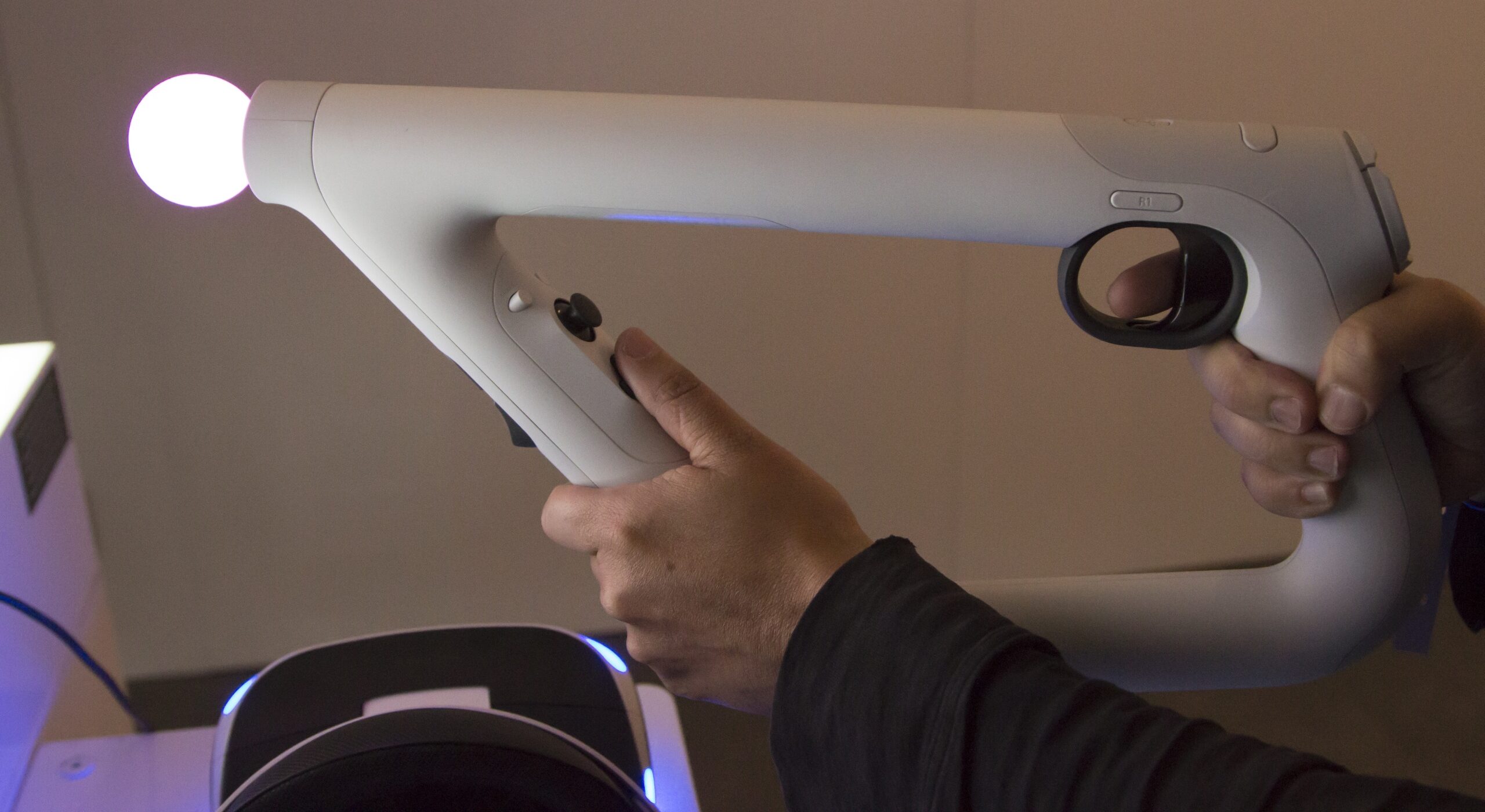 After the announcement of PlayStation VR2, the hype surrounding it has been crazy, and fans can’t wait to get their hands on it. According to what we have heard so far, Sony appears to be doing pretty well with the PlayStation VR2 due to the abundance of features being unveiled. Compared to the PlayStation VR, features like Eye tracking make a difference.

The PlayStation VR Aim Gun, a comparable peripheral, was also created for the PlayStation VR and performed admirably. We can only anticipate even greater success with something similar for the new Virtual Reality setup.

This might be a significant game-changer for the PlayStation VR2 because using an accessory that simulates a gun instead of feeling immersed in the game while wearing the virtual reality headset could be the icing on the cake.

If all goes as planned, the PlayStation VR2 is scheduled to debut in 2023 and could significantly alter the Virtual Reality market.

The PlayStation VR2’s outcome is unknown, but we hope everything goes as planned for the best. This is all the information we currently have, but we’ll keep an eye out for more details on the PSVR2.

Read Next: PlayStation 5 Supply Shortages Finally Getting Better According To CFO