In case there was any doubt, the Italian reseller Drako has listed the GeForce RTX 4070 Ti with a launch date of January 5, 2023. The graphics card reviews will be published one day before, on January 4, and the graphics card will be officially announced on January 3 during the CES 2023 event. 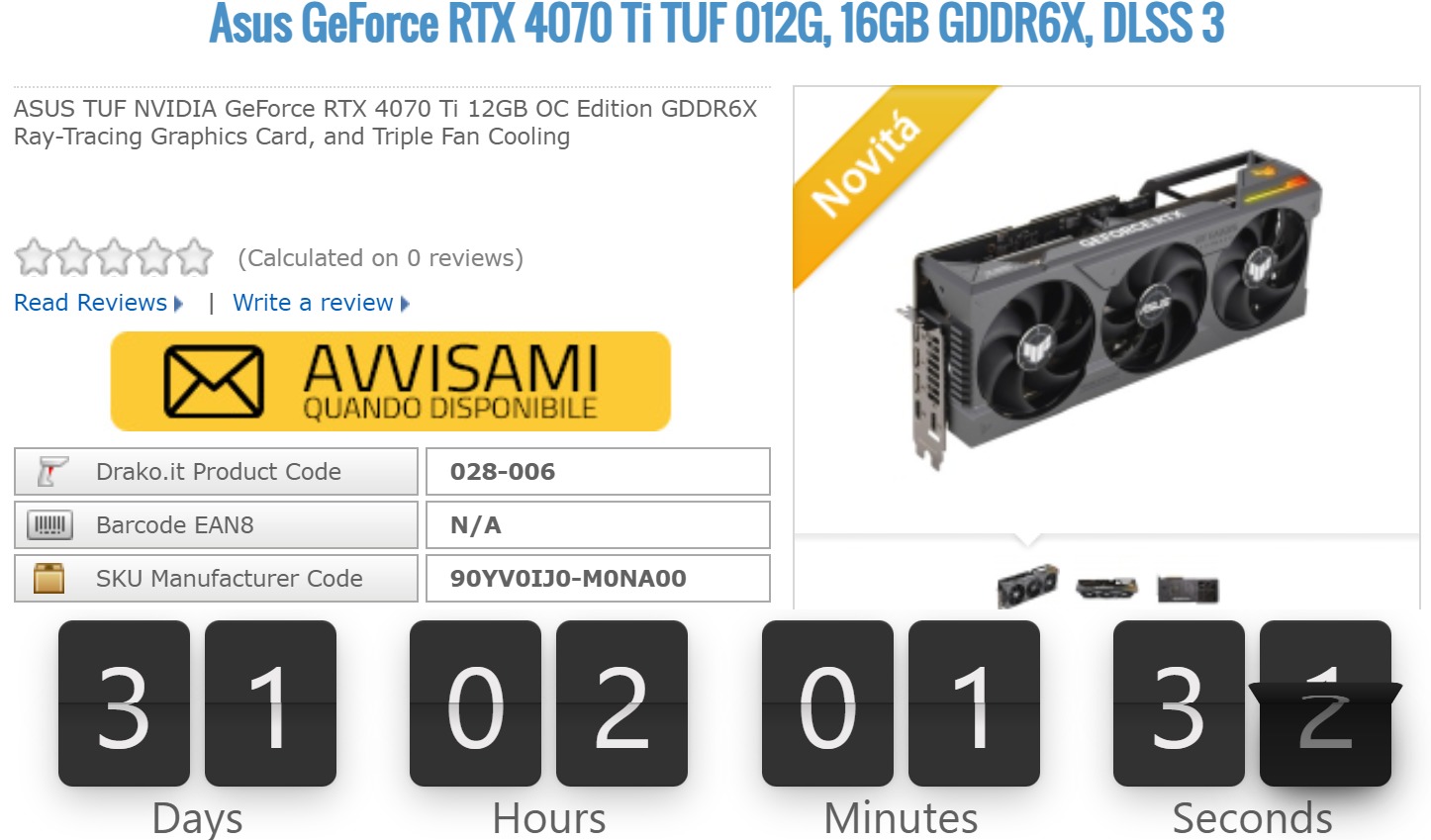 The GeForce RTX 4070 Ti will feature a 16-pin power connector that powers up to 285W TDP. The GPU also received a lot of hate from gamers for its $899 base price, not to mention that shortly after, AMD announced its RX 7900 XT and 7900 XTX GPUs for $899 and $999, respectively. It is currently unknown if Nvidia will maintain the $899 price for the RTX 4070 Ti or if it will be forced to drop it due to the costs of competing for RDNA3 architecture cards.

According to early AMD benchmarks, the $999 7900 XTX performs 20% below the GeForce RTX 4090, which puts the GeForce RTX 4080 16GB and future GeForce RTX 4070 Ti in serious trouble, especially considering that AMD GPUs will consume less power. They will not require the 16-pin 12VHPWR PCIe connector, which has melted in some cases, and many users are now hesitant about a possible purchase (apart from the fact that the cards have a warranty).