As God of War Ragnarok draws closer to launch day, several spoilers have shown up on the internet and Cory Barlog is disappointed.

Although the game has not been officially released, some God of War Ragnarok copies are already out in the wild. A few days ago, spoilers for the game started popping up on the internet.

Cory Barlog has also noticed the issue, and the developer recently took to Twitter, expressing his disappointment over the situation.

sorry to everyone that you have to dodge the spoilers if you want to play the game fresh. completely fucking stupid you have to do this.

this is not at all how any of us at SMS wanted things to go.

Cory Barlog has been very passionate about the God of War franchise. The developer led the new direction for the franchise in 2018, and it is evident that he cares a lot about the game and the fans. The same can be said for everyone else at Santa Monica Studio, and it is disappointing to see the recent spoilers.

God of War Ragnarok is expected to be huge, with over 50 hours of total content.

The game has a lot to offer, but fans will be disappointed to learn that spoilers are already out on the internet.

Numerous videos and images have been spreading all over the internet. The first leak included a small thirty-second snippet of the Kratos vs. Thor boss fight, and several other videos and screenshots have since followed. The final boss fight has also been leaked.

Therefore, fans should be extra careful to avoid spoilers for the best possible experience. Limiting Youtube and Twitter usage might come in handy, and utilizing the keyword muting option on Twitter could also be useful. God of War Ragnarok reviews is also set to go live on November 2, 2022. Gaming journalists have recently shared their thoughts on the first few hours of the game, with one discussion leading to talks about the game being held back by PlayStation 4 hardware. Fans can expect to learn much more in the full reviews.

Many people have already played the game, but millions of fans eagerly await to jump back into the God of War universe. Cory Barlog himself has warned fans. Therefore it would be wise to practice caution for the next few days. 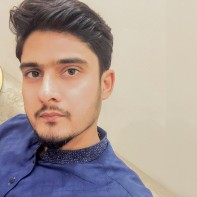 The reviews for God of War Ragnarok have just been released and the game has received universal praise from nearly every critic.
News

Phil Spencer has recently revealed that Microsoft is losing anywhere from $100 to $200 on the Xbox console hardware.
News

According to a brand new product entry on Ubisoft Connect, Assassin's Creed Valhalla could be getting a Steam release in the near future.
News

We have seen a resurgence in the superhero video...