Final Fantasy is a massive media and gaming franchise created in 1987 by Hironobu Sakaguchi. The gaming aspect of the Final Fantasy franchise is owned and developed by Square Enix. The first Final Fantasy game was released on December 18th, 1987, marking the 35th Anniversary of the franchise today.

There have been 15 mainline entries in the series since then, and the next one will be Final Fantasy 16, coming out on June 22nd, 2023, as revealed with a new gameplay trailer at The Game Awards 2022.

Another fact about Final Fantasy 16 is that it will be the first final fantasy mainline game with a M17+ ESRB rating due to its gory gameplay. The Final Fantasy games, with their distinct visuals and gameplay revolving around the unique science-fantasy and action genre of role-playing games, have earned them significant popularity and respect in the gaming industry.

The series is critically acclaimed and a massive commercial success; as of March 2022, the series reached cumulative global physical and digital sales of 173 million units. Moreover, the original Final Fantasy 7, released in 1997, is the best-selling game, with over 13.9 million unit sales worldwide.

Undoubtedly, the franchise has a massive fan base worldwide; originating from a Japanese region, the games have managed to set their print in gaming markets worldwide with their immersive gameplay. And the Final Fantasy franchise is not only limited to games but has also expanded to other branches of entertainment like CGI films, anime and manga comics, and novels. 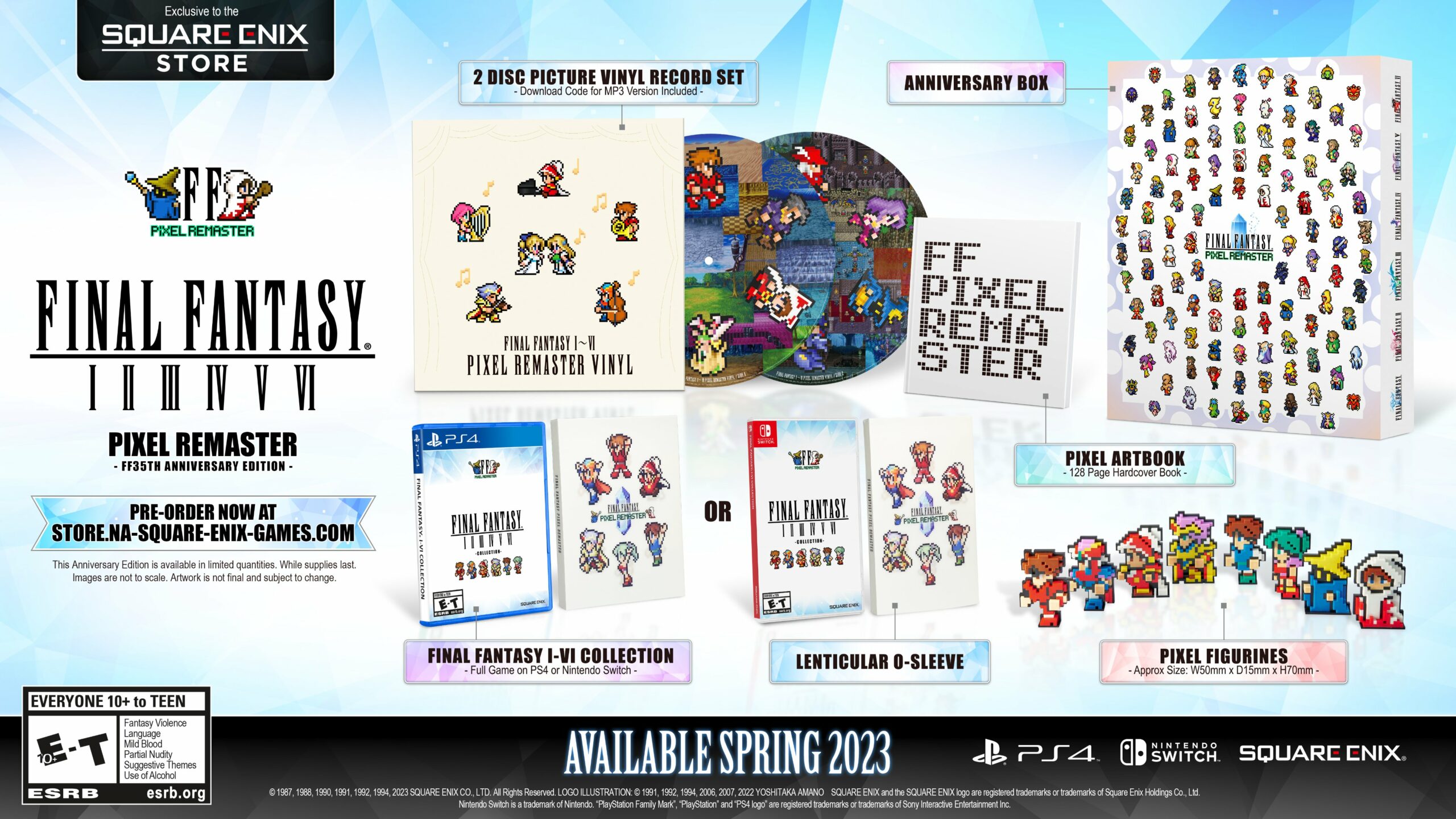 As this beloved franchise celebrates its 35 years of legacy, let us know your memories with the Final Fantasy games in the comment section below.

According to recent leaks, Konami has been working on a Metal Gear Solid Remake for years now and it will be a PlayStation 5 exclusive.
News