A few days after the Nvidia GeForce RTX 4090 was launched, the green camp announced that their upcoming GeForce RTX 4080 12GB was being unlaunched. This announcement came weeks before the November launch, leaving AIB partners in a bad spot.

However, Gamers Nexus has now reported that Nvidia is reimbursing multiple AIB partners for the packaging costs. The boxes are currently in the process of being destroyed or sent to recycling centers.

The Nvidia GeForce RTX 4080 12GB saw massive backlash after the initial announcement. Compared to the RTX 3000 line-up variants, both GeForce RTX 4080 graphics cards had up to a 30% difference in performance in leaked benchmarks.

Due to the specifications, many users claimed that this particular product would be much better suited to an xx70-tier graphics card. On the other hand, Nvidia claims that the confusion caused by similar names was the primary reason for cancellation.

However, it should be noted that Nvidia has not altogether canceled the GeForce RTX 4080 12GB. The same graphics card could appear in storefronts later with a different name and price point. Therefore, the company has not used the term ‘unlaunching’ when referring to the situation.

As stated earlier, Nvidia picked a terrible time to make the announcement. The GeForce RTX 4080 12GB was slated for a November launch, and AIB partners had already prepared for the launch. This would have caused enormous losses for the manufacturers, so it is good to see Nvidia claiming some responsibility.

But, the extent of this reimbursement remains unclear. Gamer’s Nexus has confirmed from two different sources that Nvidia is helping with box art. 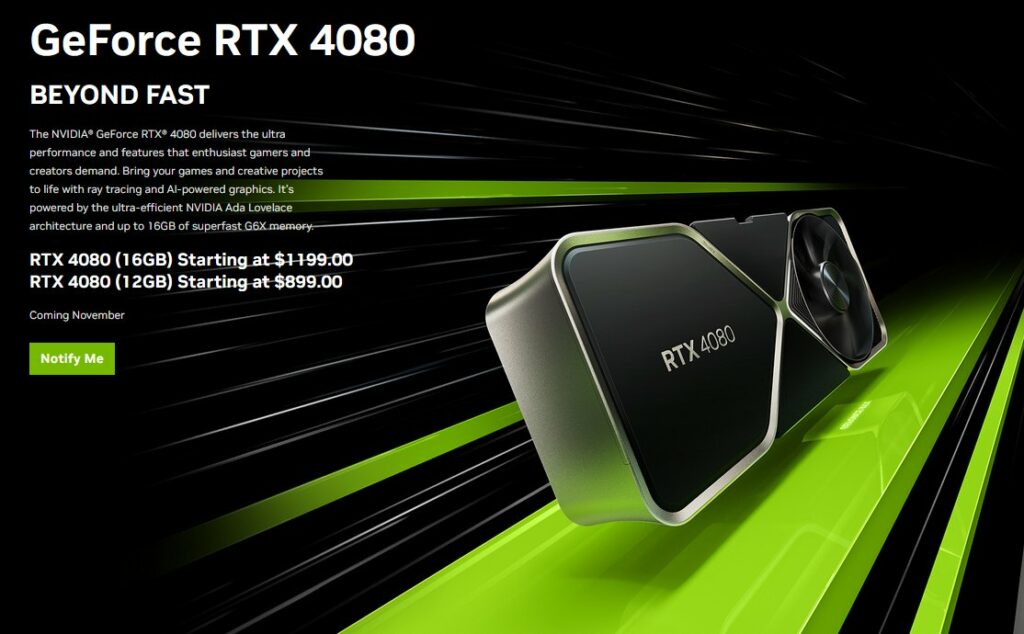 While users are now positive about this decision, AIBs are unlikely to be happy. Not too long ago, EVGA announced that the company would no longer work with Nvidia. While the announcement was a shock, every passing day has proven that EVGA made the right choice.

At the very least, Nvidia is taking some responsibility for its decision. The GeForce RTX 4080 16GB is set to launch on November 16, 2022, but it remains to be seen if Nvidia will adjust the price of this graphics card after recent events.

Check Out More News: Nearly Every Assassin’s Creed Will Soon Be On PlayStation Plus Extra