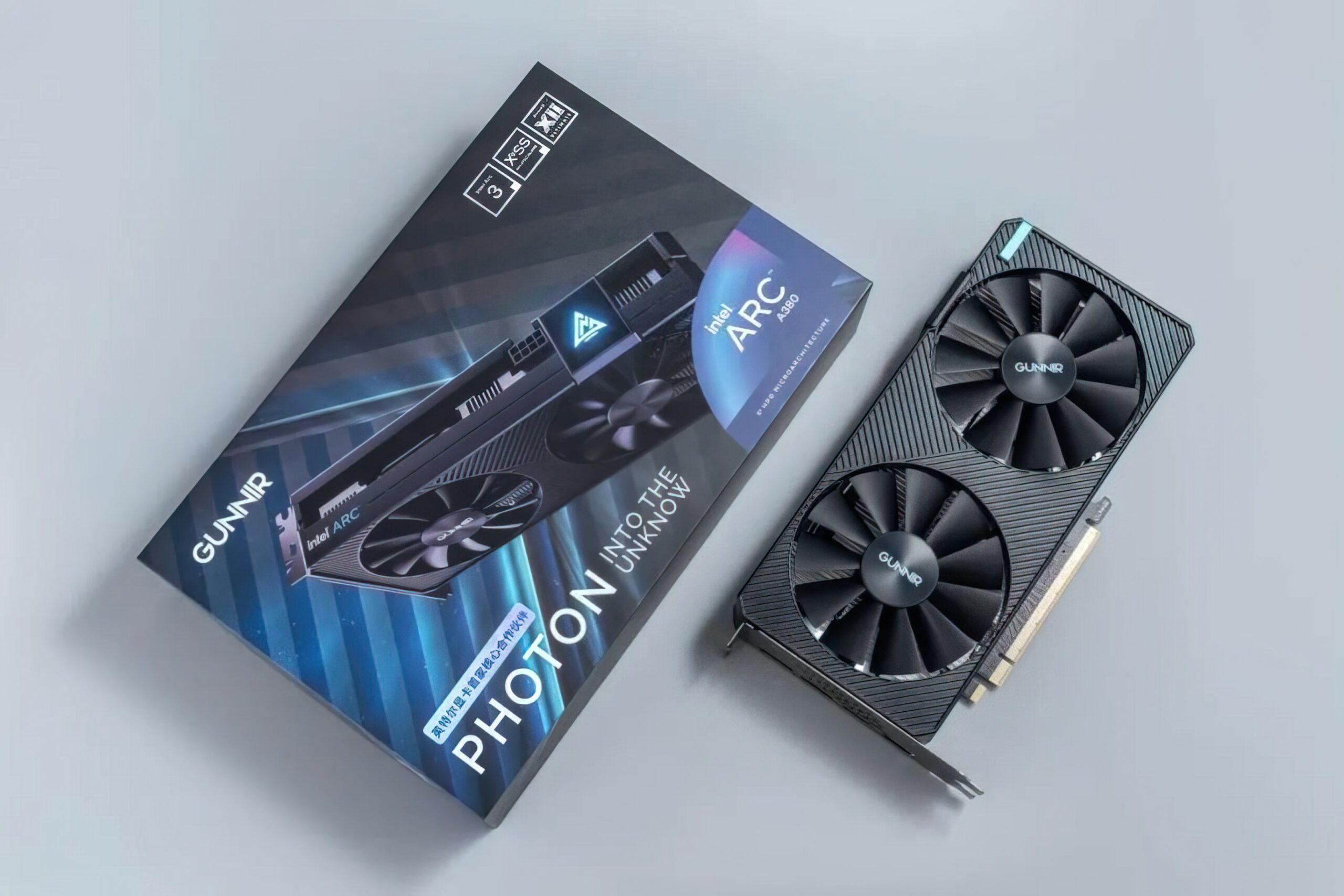 Intel has been teasing its brand new line-up of graphics cards for a few months. As the GPU market continued to see exaggerated pricing, many looked to Intel as a ray of hope in the grim situation. Despite the promises and expectations, Intel has not been able to launch its new products in time.

However, Intel’s first new desktop graphics card has just been launched in China. Intel has decided to launch the Arc A380 as their first desktop GPU, catering to PC builders on a budget.

The Arc A380 boasts an impressively low TDP of just 75 Watts. This puts the card in direct competition with Nvidia’s GTX 1650 and AMD’s RX 6400. Intel’s new GPU also has a 2000 MHZ base clock and 6GB of GDDR6 memory at 16Gbps. The new budget graphics card also features a 96-bit memory bandwidth.

While the graphics card is only available in China, the A380 is estimated to be priced at $153 (converted from 1030 yuan). Intel has claimed that their entry-level GPU is about 25% better than AMD’s Radeon RX 6400. This would put the card closer to the Radeon RX 6500 XT in terms of performance for a 25% lower price point. Intel has also provided a few benchmarks for Arc A380.

According to Intel, the Arc A380 is capable of 1080p gaming at 60 fps. The benchmarks above reflect this claim, with several titles going well above the 60 fps target at 1080p. However, it should be noted that the games shown above were tested at medium settings.

GUNNIR has also announced a custom variant of Intel’s Arc A380. The manufacturer is extremely popular in China and will be the first to offer a custom Intel Arc GPU. GUNNIR’s Arc A380 Photon features a higher TBP of 92 Watts, and the card is also clocked higher at about 2450 Mhz. The GPU also comes with a single 8-pin power connector, unlike the reference model, which does not require external power.

Intel’s Arc A380 is the first of many desktop GPUs from the brand. Over the year, mid-range and high-end products from Intel should flood the market. Moreover, AMD and Nvidia’s next-generation graphics cards are also set for release later this year. It seems like consumers will have a lot of options to choose from between the three major brands.