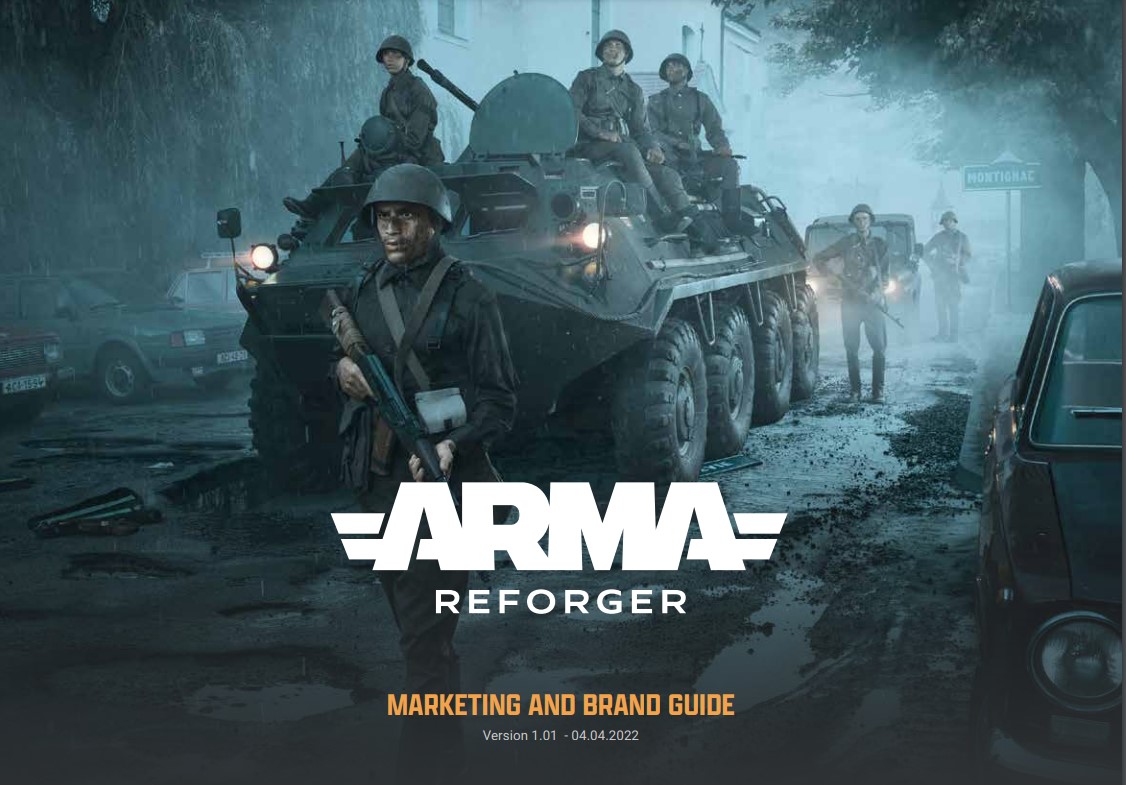 Arma Reforger was first hinted at in January 2021 when an employee from Bohemia Interactive known as Biaostiel leaked some pictures and confirmed that a new AAA game is underdevelopment which goes by the name Arma Reforger. We have some more exciting news about Arma Reforger, as it appears that the marketing and brand guide for the upcoming Arma title has been leaked. 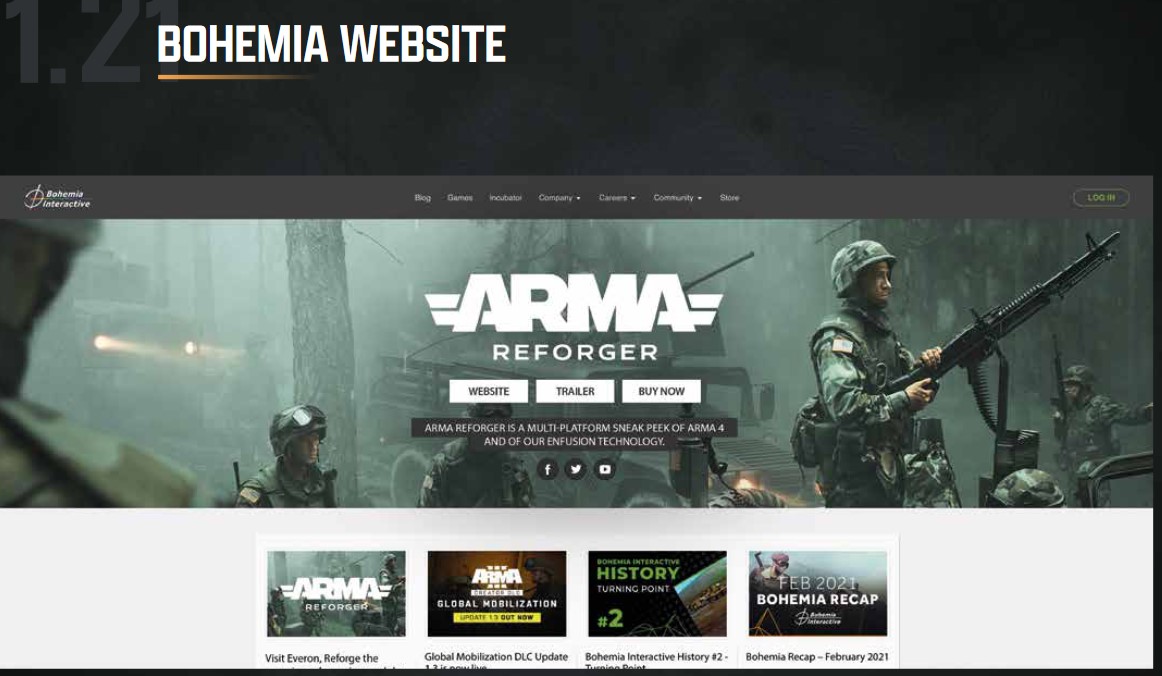 A complete document about the Arma Reforger marketing and brand guide has been leaked, covering a lot of information, from the logo to promotion campaigns of the social media network. It all appears to be legitimate.

There are a lot of key things in the guide that reveals a lot of information, such as “ARMA REFORGER AN MULTI-PLATFORM SNEAK PEAK OF ARMA 4 AND OF OUR ENFUSION TECHNOLOGY” on one of the images for the website template for Arma Reforger, which pretty much confirms that the game will be targeted at both console and PC platform. Later on, it indicates that one of Arma Forger’s goals is to bring Arma to a new (console-oriented) audience. 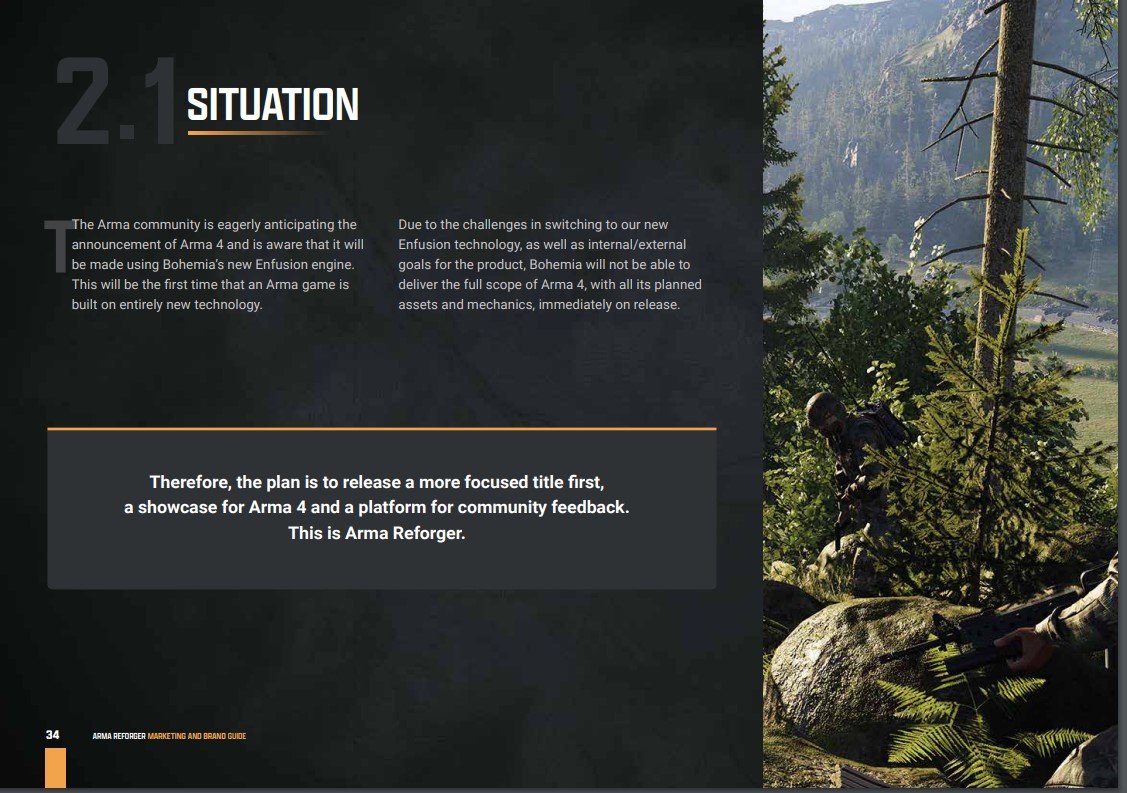 Additionally, another picture in the document breaks down the current situation of Arma Reforger. What it is claiming to be and what to look out for in the future.

“Due to the challenges in switching to our new Enfusion technology and internal/external goals for the product, Bohemia will not be able to deliver the full scope of Arma 4, with all its planned assets and mechanics, immediately on release.”

This does mean that Arma Reforger is merely supposed to be a showcase for Arma 4 and that we can expect a fully focused title on Arma 4 to later come in the future. 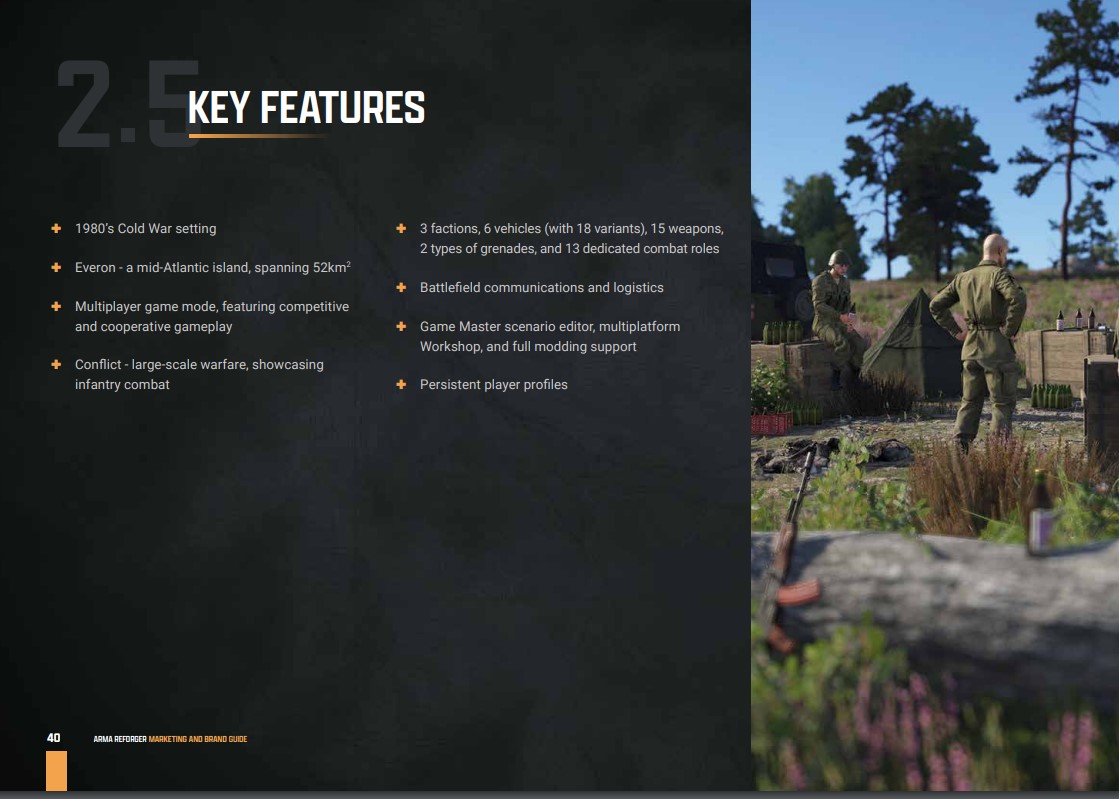 Following that, Arma Reforger will provide tactical depth in its gameplay and allow users to modify custom scenarios. It is likewise scheduled to be set around 1989, with players having the option of joining either the Soviet or American forces.

The Arma title will also come packed with impressive content, including 3 factions, 6 vehicles (with 18 variants), 15 weapons, 2 types of grenades, and 13 dedicated combat roles. 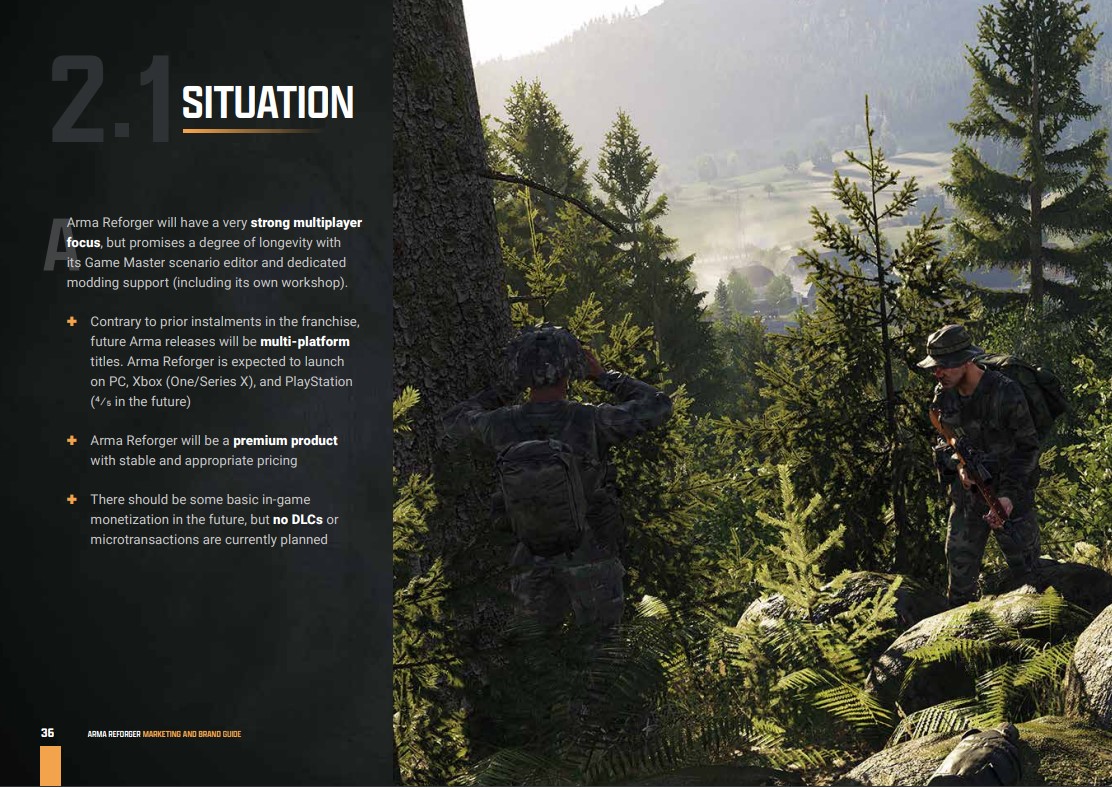 Furthermore, Arma Reforger claims to be substantially multiplayer-focused, and it will be released with proper pricing that reflects its status as a premium product. Arma Reforger will also have basic monetization, with no plans for additional DLCs or major microtransactions. 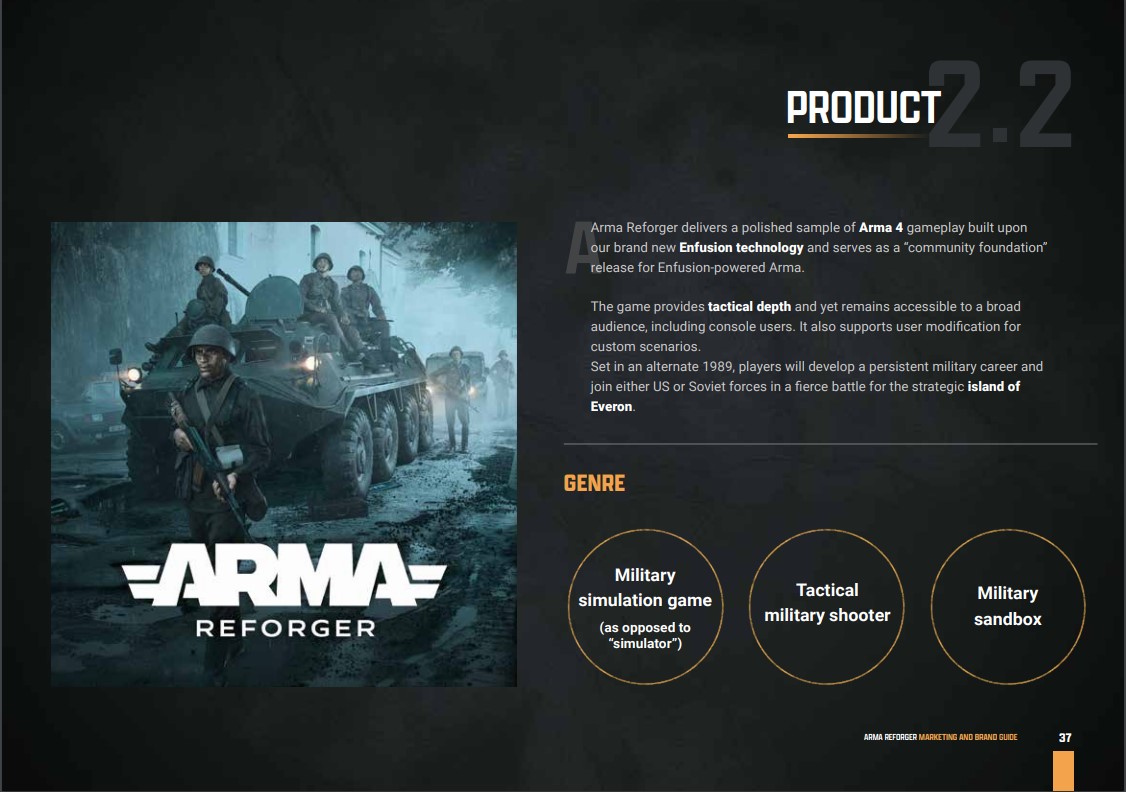 Moreover, Arma Reforger will be set in Everon, one of the larger islands known, spanning over 51 km² featuring charming rural villages, a large lake, a patchwork of fields, and low-rolling hills cross-crossed with tranquil streams and forests. 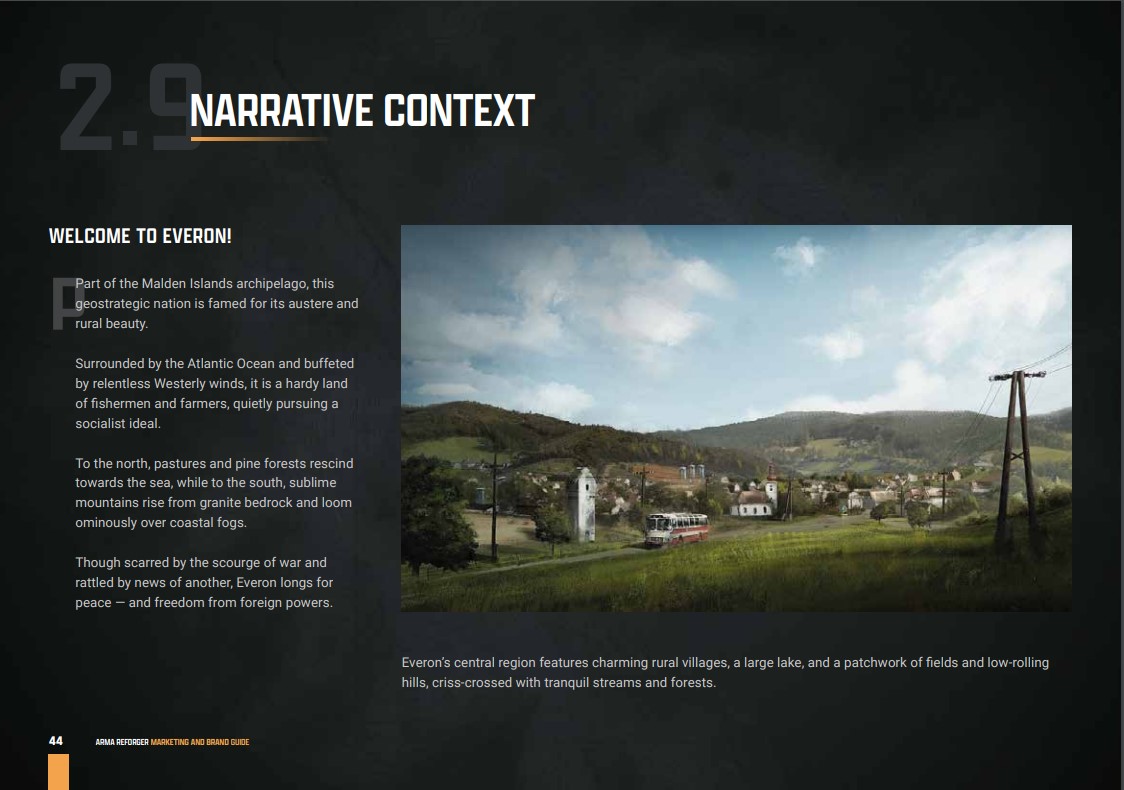 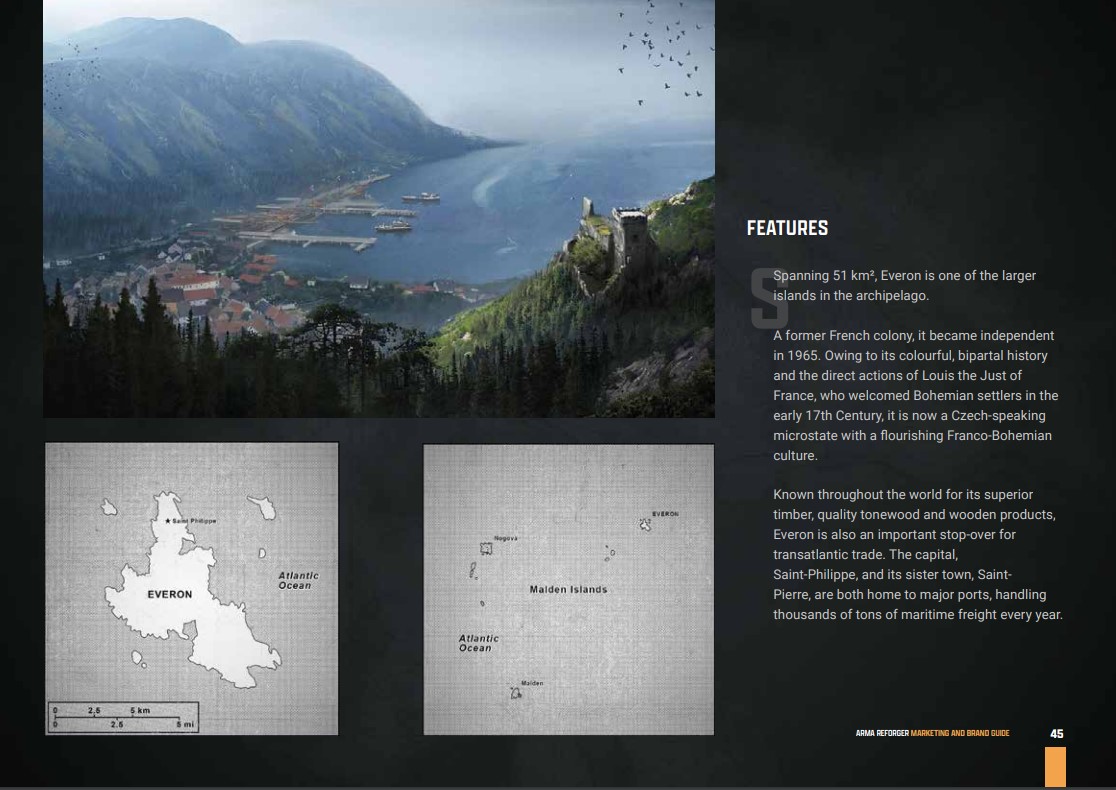 On the other hand, Arma intends to keep its core features from older Arma titles and plans to restore older features, as stated in the document.

“Our plans will focus on restoring related features from past Arma titles and cultivating the anti-war, humanitarian focus of the series. Throughout development”

The rest of the marketing and brand guide contains general information, such as what social media tags to use while executing the marketing strategy, what templates and images to utilize, and who the game’s target demographic is. Arma 3 was a great success and still has a significant fan base. Thus it’s fascinating to see another Arma game. If the game is anything like the Marketing and Brand guide, it will be one of its most anticipated games.

Related News: New Silent Hill Will Be PlayStation 5 Exclusive Only