Recently we saw custom variants of the AMD Radeon RX 7900 XTX from AIB partners like Gigabyte and Asus, but none of them were as impressive as Sapphire in terms of design.

Thanks to the foreign media, Videocardz, we now have pictures of Sapphire’s top-of-the-line variant, the RX 7900 XTX Nitro+. Judging from its design, Sapphire has completely changed the design for its Nitro+ cooler with modern looking shroud and backplate in silver. 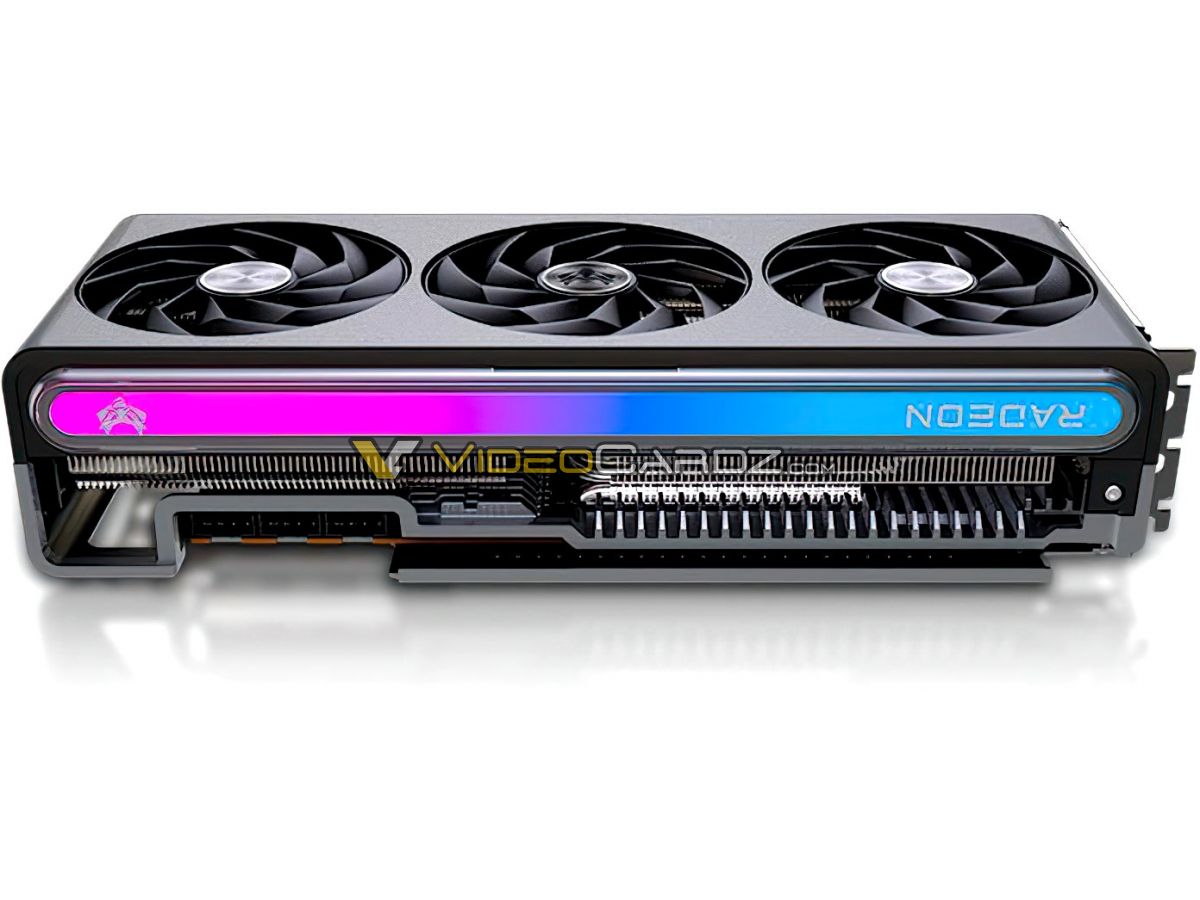 The size of the cooler on the Sapphire Nitro+ is also quite large compared to its previous designs. The new Sapphire RX 7900 XTX Nitro+ cooler is wider than 3 slots. Furthermore, there are two ARGB strips on top and bottom of the cooler that, like every Nitro+ model, can be controlled through Sapphire TRIXX software.

The Sapphire RX 7900 XTX Nitro+ will come with three 8-pin PCIe connectors and a dual bios switch. Aside from that, the card also seems to be using a custom PCB design that does not match the ports on the reference RX 7900 XTX graphics card, as the Sapphire Nitro+ variant features two HDMI 2.1 and two Display 2.1 ports on the back. 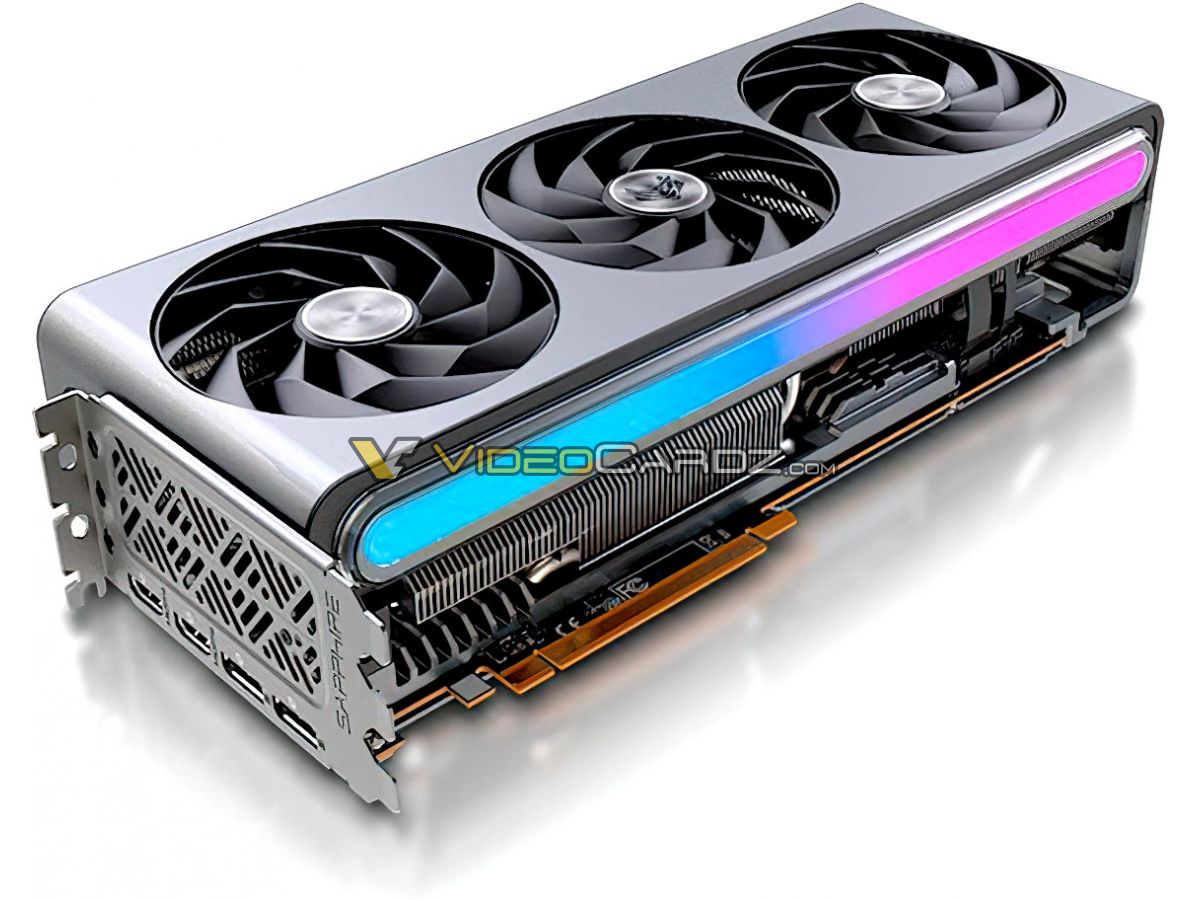 Regarding specs, the AMD Radeon RX 7900 XTX will come equipped with 96 CUs and 24 GB of GDDR6 memory. The card will also feature a boost frequency of 2.3 GHz with a total board power of 355W, though, with three 8-pin power connectors, the Sapphire RX 7900 XTX Nitro+ will offer a lot more headroom for overlockers. The AMD Radeon RX 7900 XTX will also come with AV1 hardware encoding and decoding support, just like Nvidia, making it an excellent option for streamers and gamers alike.

With the launch of the Radeon RX 7900 XTX, AMD will also be directly competing with the Nvidia GeForce RTX 4080, which is currently not doing so well in sales. What are your thoughts about the new Nitro+ design from Sapphire? 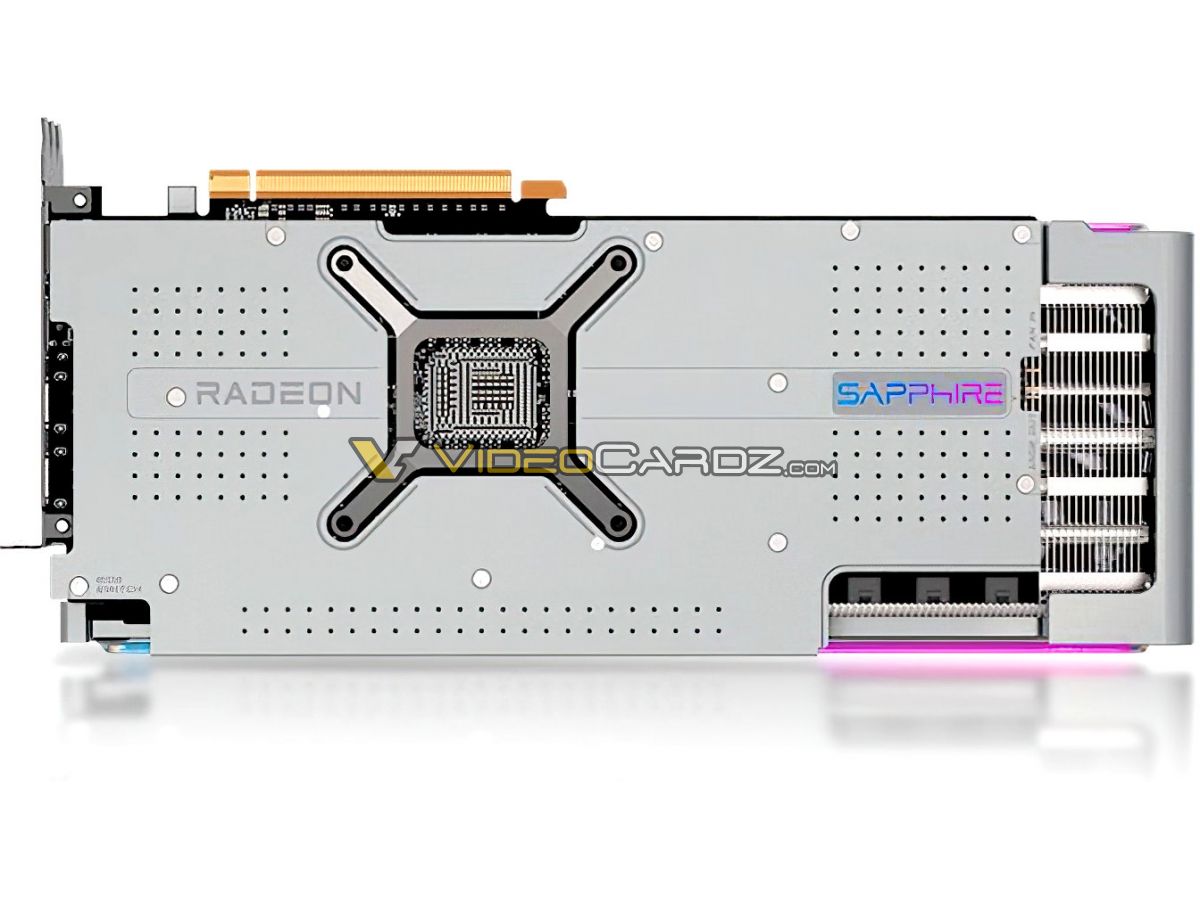