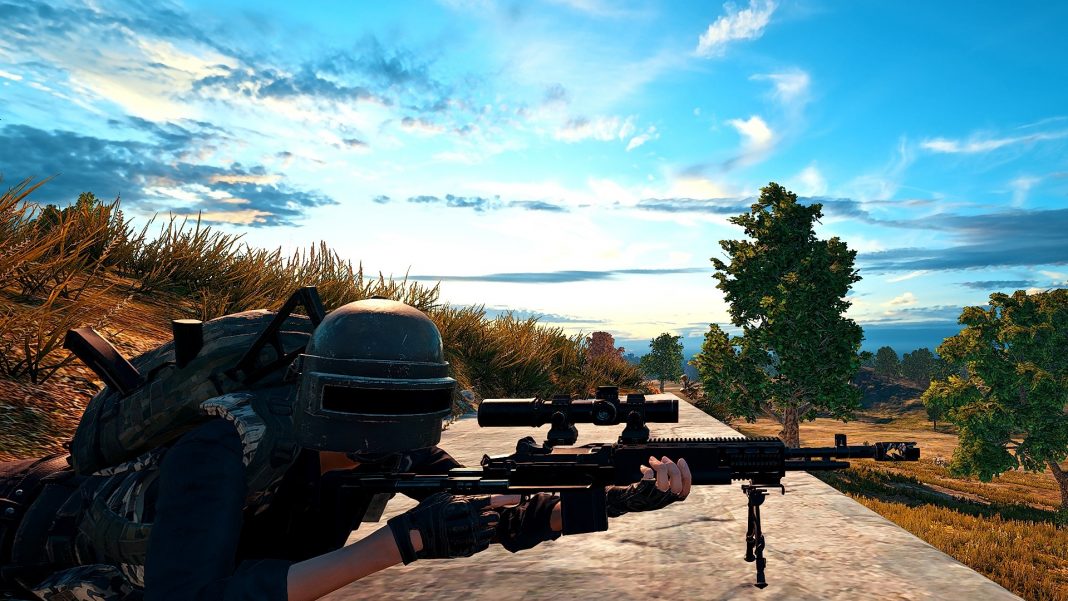 PlayerUnknown’s Battlegrounds, better known as PUBG, is a game that does not need any introduction. We are talking about the most successful, most discussed, shared and played games of the year 2017 in the PC universe. This is the game that dethroned the seemingly unattainable DOTA 2 as the game with more simultaneous users on Steam, and it did by a wide margin. It is the title that broke all sale records for a product in the early access program, and demonstrated the full potential of that system. It is the most played, visualized and shared game in online communities.

PlayerUnknown’s Battlegrounds is the creation of the Korean studio Bluehole, and Brendan Greene, also known as PlayerUnknown, a veteran modder of the games scene like Arma II, Arma III and the spin-off DayZ. The DNA of these military and survival simulators are present in PlayerUnknown’s Battlegrounds, but we will find that this new game distills the formula to its most basic and constitutive elements. And by doing that, it unleashes the full potential of this sub-genre within the shooting games.

The general idea of ​​each game with Battle Royal style is is very simple: up to 100 players are thrown from a plane to a huge map full of weapons, equipment and vehicles, and the last one to stand is the winner. Behind this formula you will find a series of simple modifiers that ensure that each game feels fresh and different compared to the others. In the first place, the initial route of the airplane that carries the players draws a line on the map that dictates beforehand the busiest regions in the early game. Second, after a short period of time a circular wave begins to close on the stage. This circle wave gradually reduces the lives of those who are trapped behind it, and therefore forces the surviving players to approach each other more and more.

The formula behind PlayerUnknown’s Battlegrounds is very simple, but at the same time, extremely time effective. This effectively helps to give the game an air of freshness that causes each new game is an unprecedented adventure with respect to all the above. It is in a way, a sensation similar to that granted by military survival games like DayZ and H1Z1, but PlayerUnknown’s Battlegrounds managed to filter all the negative elements of these ideas to present a completely practical and functional package.

Another of the great strengths of PlayerUnknown’s Battlegrounds is the way in which it faces its three game modes: Solo, Duo and Squad. Facing each stage alone is a completely different experience than doing it with one or three friends. First, because playing Duo and Squad, death is not instant, but by receiving lethal damage, our character will be incapacitated and can be revived by our allies. Secondly, because these squadron modes give rise to the use of a whole series of simple but effective tactics, such as flanking, cover fire or crossfire. Finally, because PlayerUnknown’s Battlegrounds is an eminently social experience, in which the moments of calm in the initial stages of the game give rise to talk and interact among the members of the squad. 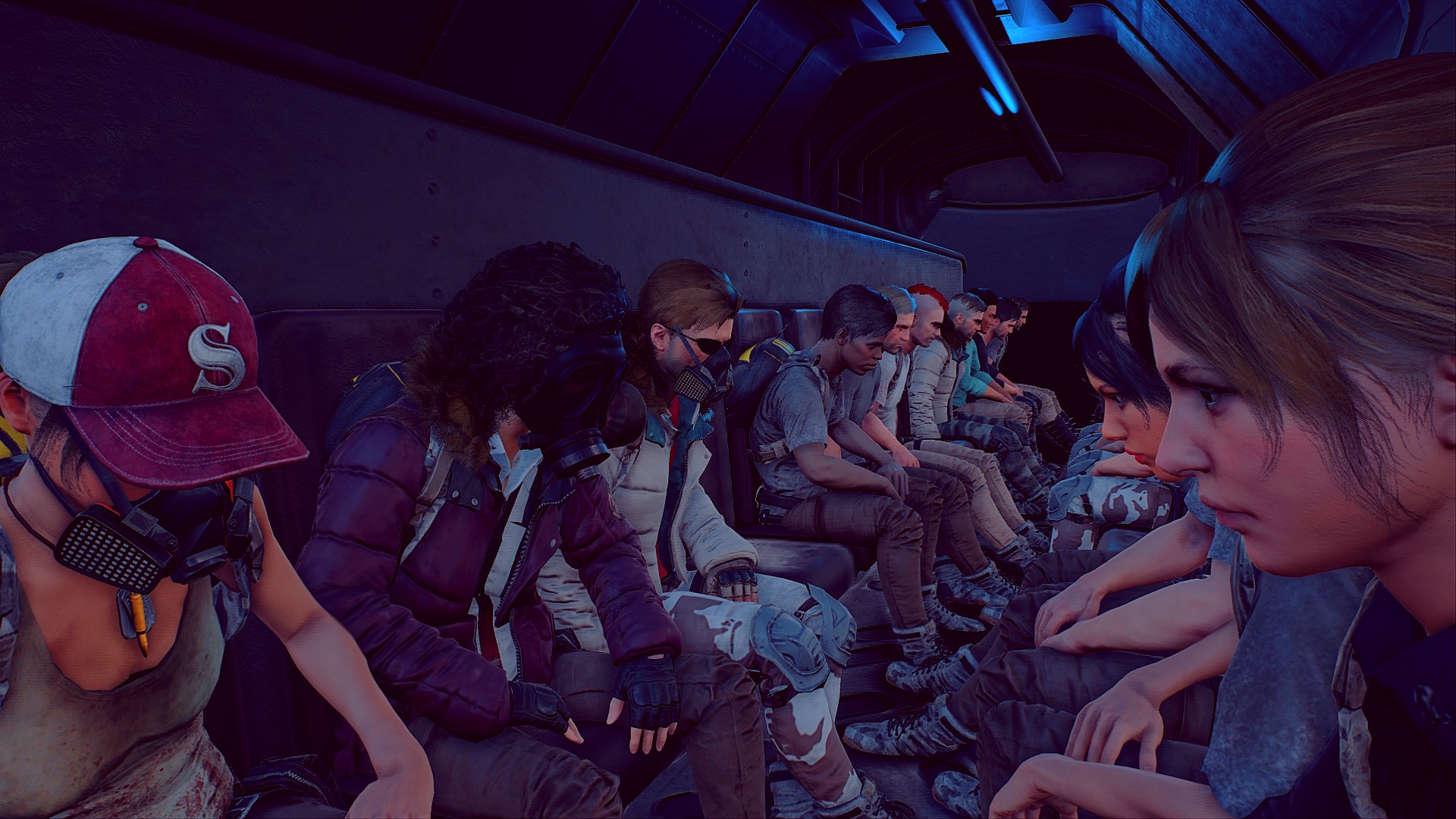 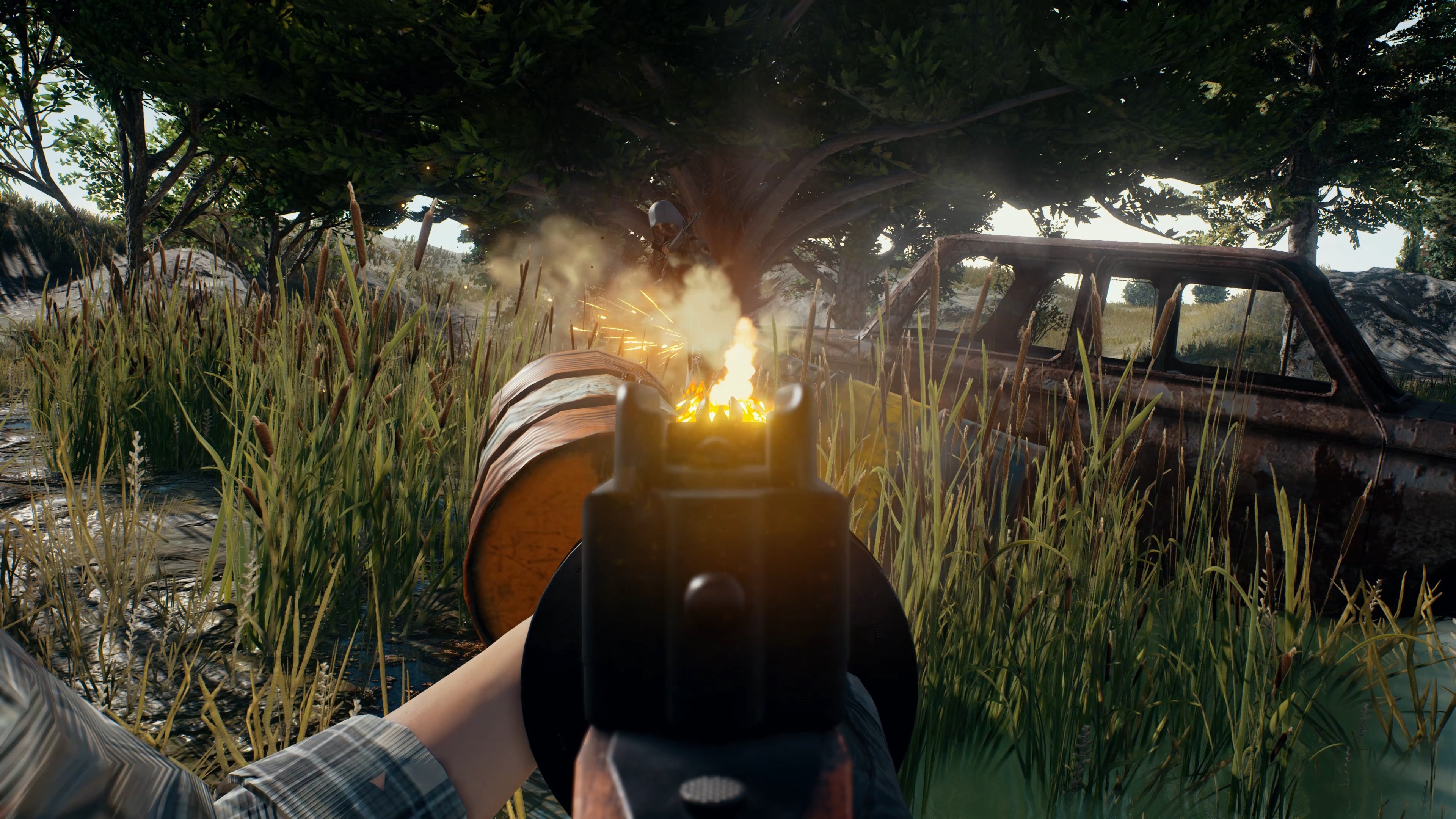 PlayerUnknown’s Battlegrounds also owes other elements to its origins in the genre of military simulation. The armament, for example, does not reach the levels of simulation of the ArmA franchise, but if the player demands a learning curve to learn concepts such as the bullet-drop or the distance to the target. Each weapon in PlayerUnknown’s Battlegroundsfeels absolutely different from the others, and all of them fulfill differentiated functions. Shotguns or sub-machine guns like the UMP-9 serve in close combat. The assault rifles like the commendable M416 and AK-47 are ideal for medium-range combat. While sniper rifles like the venerable Karabiner 98k or the mighty AWM will be the ideal friend of sniper hopefuls.

All these weapons, in addition, have slots for different aggregates that increase their utility and power, such as extended magazines, silencers or precision sights. All these combined elements make every game of PlayerUnknown’s Battlegrounds a race to obtain the necessary equipment as quickly as possible (which also includes grenades, first aid kits and other useful objects) and find safe positions within the combat zone to face the player’s enemies.

This last element is enhanced by the geography of the maps. At the time of this review, PlayerUnknown’s Battlegrounds has two maps: the wild island with a taste of Eastern Europe known as Erangel, and the sunny desert wilderness of Miramar. The first of these maps, Erangel, has been available during the early access period and has fairly simple elements: large open areas populated by trees to obtain coverage, some small urban centers without large buildings, and certain closing points that lend themselves to the ambushes (like the two huge bridges that connect the main island with the smaller island to the south).

Miramar, on the other hand, is a much more complex map. Its fields are mostly barren, with few trees, vegetation or places to cover the enemy fire. But urban centers are much more intricate and labyrinthine in relation to what Erangel presents. Miramar, in addition, is a scenario owner of a verticality that brings a whole new tactical dimension to the game, with multi-storey buildings and rock formations that provide points of advantage over large rural or urban areas. That’s why Miramar feels like a much more worked-out map than Erangel, which leaves the game’s first stage at a comparative disadvantage compared to its younger brother.

The version 1.0 of PlayerUnknown’s Battlegrounds that we analyzed in this review also introduced other changes regarding the anticipated access in addition to the new map. The one of them is the system of vaulting that allows us to jump through windows or hang from objects not too high. This function that was made wait for months, introduces a whole new dimension to the typical sieges of the game, since the attackers get many points of access to houses and buildings, at the same time that the defenders win points of exit and escape. Version 1.0 also includes a series of changes that affect the performance of the game, which will be discussed in the following sections.

Like all early access games, PlayerUnknown’s Battlegrounds has been far from presenting an optimal operating state in recent months. Version 1.0, labeled as the official launch of the game, has brought some improvements under its belt, but not only have problems been left unresolved, but some new ones have emerged. 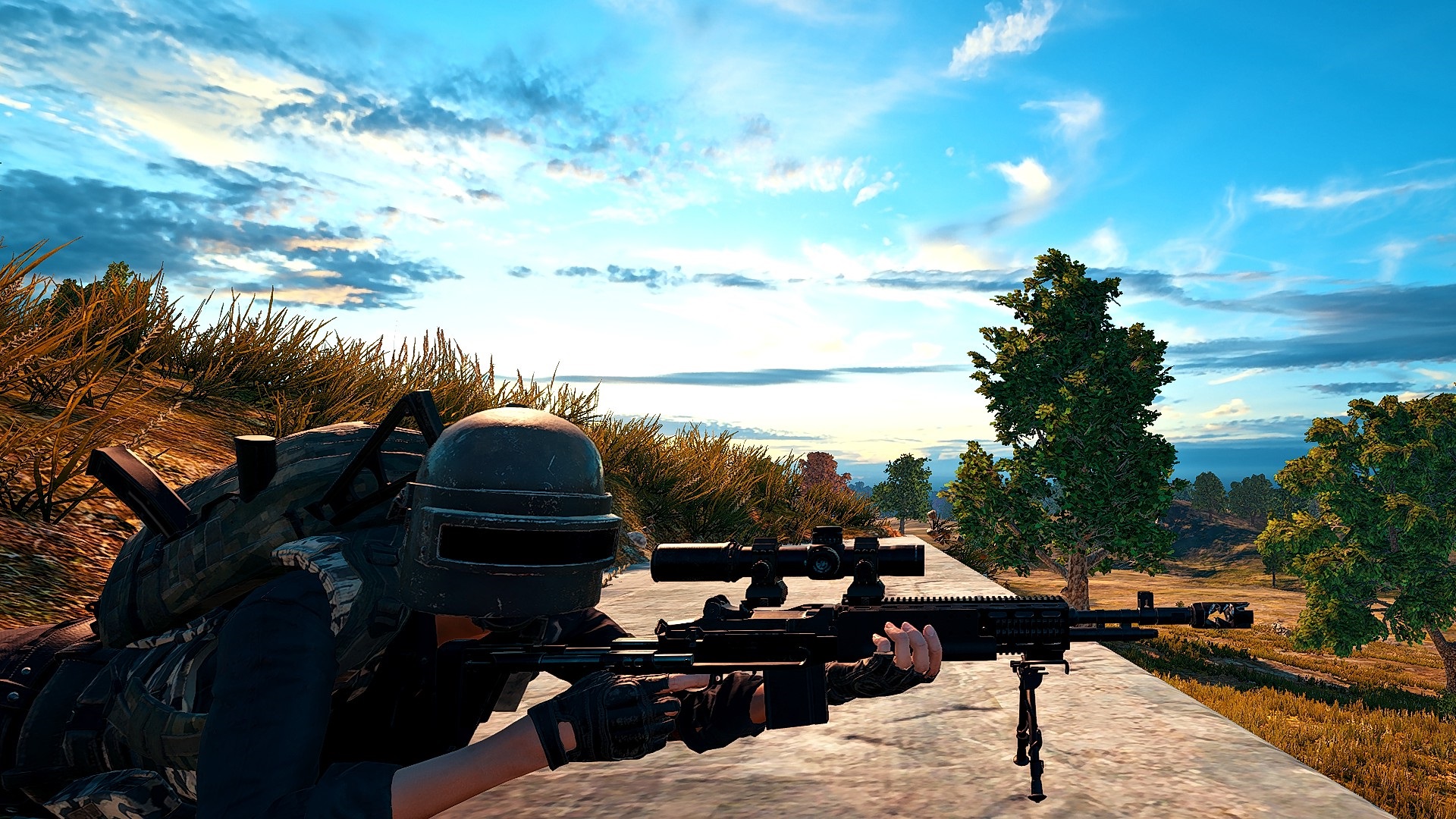 But aside from some bugs or glitches still unresolved, version 1.0 of PUBG has substantially improved the performance of the game, which was one of the main complaint of users. We have tested the game with different component configurations, and we have come to the conclusion that you need at least a GTX 1060 (or GTX 980) or RX 580 to play in 1080p resolution at 60 FPS with Ultra details, but in case you want to reach 100 FPS or more to take advantage of monitors of 120 or 144 Hz, a GTX 1070 or more will be indispensable.

But beyond the poor performance in 4K resolution, which is a problem for many titles developed with Unreal Engine 4, PlayerUnknown’s Battlegrounds behaves quite well with CPUs or not so powerful GPUs if we play in 1080p with the preset in medium details (GTX 1050 Ti or its predecessors).

In addition to a somewhat washed visual due to its poorly detailed textures, the technical aspect of the game also merits some asterisks. First, the drawn distance offered by the title is inconsistent. The low foliage of the maps is drawn to the players up to a specific distance, but the rival players appear beyond that. Therefore, a player who thinks he is sheltered behind a bush will appear completely uncovered for a player who is at a sufficient distance. This generates a great problem for the game from a point of view of the application of strategies by the players.

On the other hand, even in its version 1.0, PlayerUnknown’s Battlegrounds presents some inconsistencies with its frame rate per second and its connectivity. The game is prone to completely random FPS downgrades, even on the most powerful PCs, plus disconnections and network delay warnings that are commonplace in many games. Version 1.0 has also introduced a new big problem in the form of an annoying rubber-banding.

All this gives us the pattern of something that should not surprise anyone. The choice to “launch” PlayerUnknown’s Battlegrounds to the market right now is a completely arbitrary one. The game still has a long way to go before we can consider it “complete” from a technical and presentation point of view. The most serious technical problems are minimal in the great painting of things. But a stroke of bad luck (for example, a random lowering of the framerates during a shootout) can ruin a game irreparably. 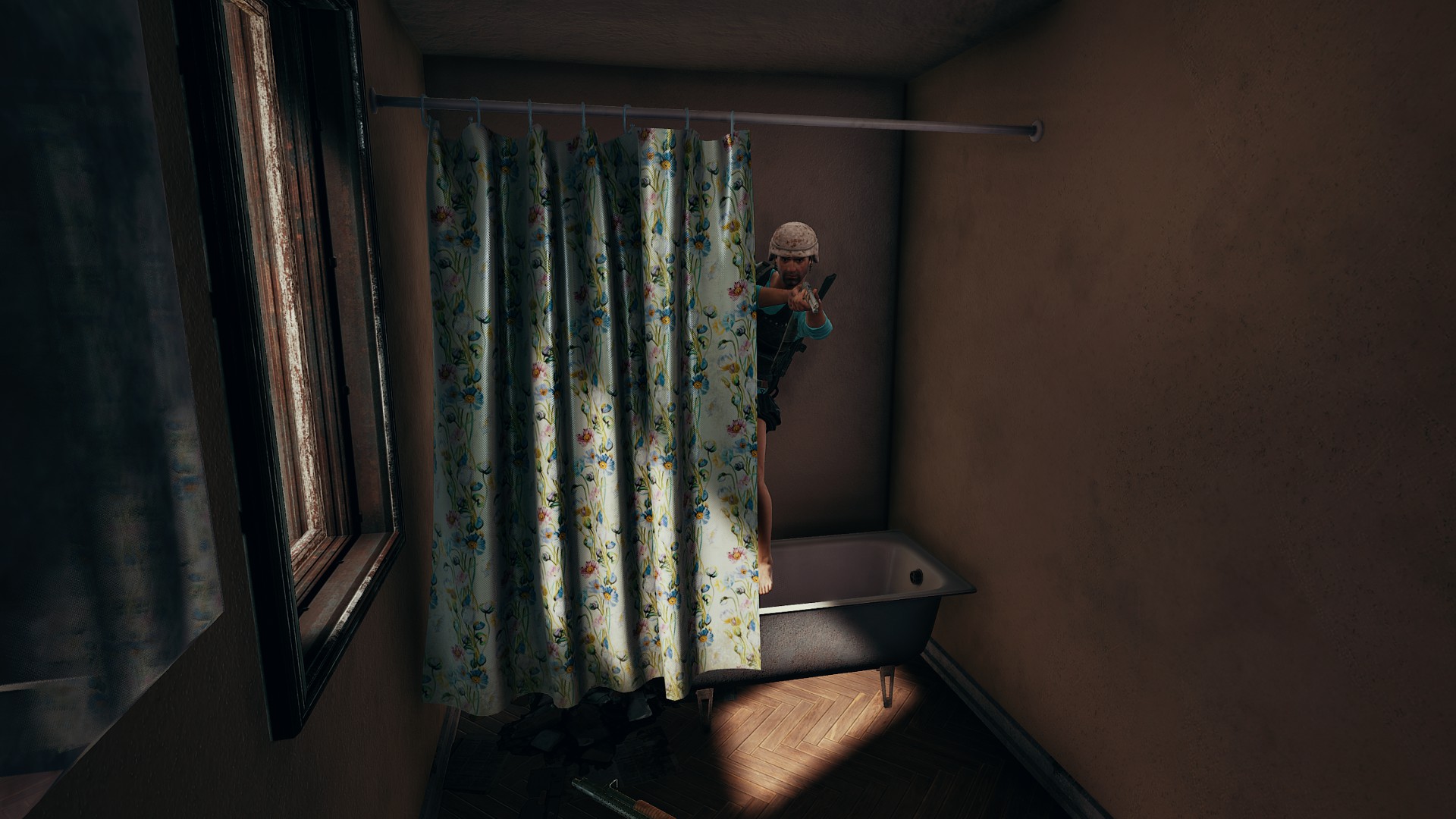 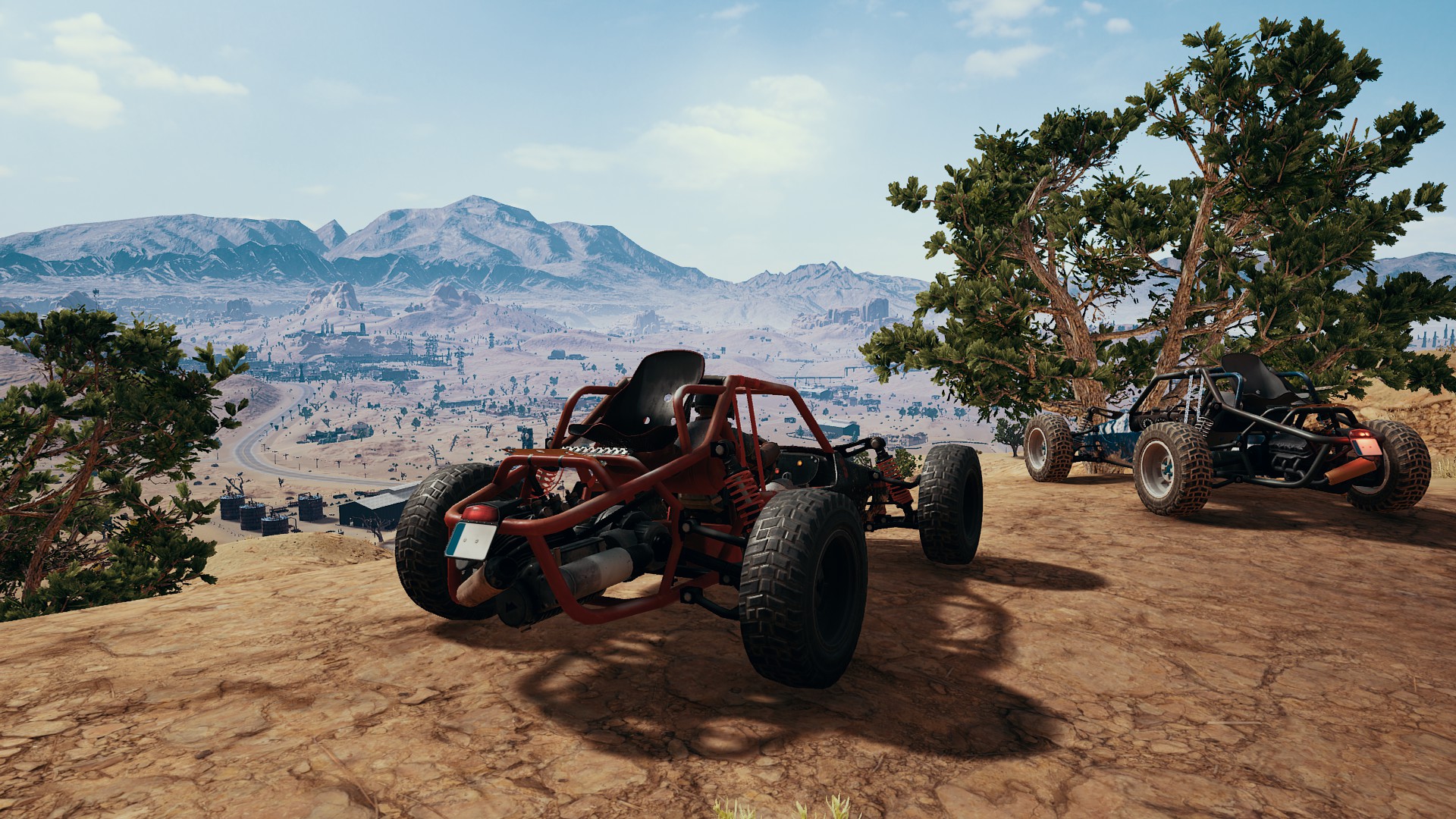 Apart from technical problems. PlayerUnknown’s Battlegrounds is a visually appealing game (powered by a good ReShade profile), without becoming stunning. The size and scale of the maps is excellent, and reaching some of the highest points (the amount of Stalber in Erangel, the huge building under construction in Miramar) will allow us to glimpse the enormity of the combat scenarios.

Unfortunately, many players are opting to play PlayerUnknown’s Battlegrounds with the graphics reduced to a minimum. In the first place because this improves the performance in somewhat older machines, but it also gives a comparative advantage at the time of combat. Less graphically loaded scenes, with simpler textures and a smaller drawing distance help enemies to stand out on the screen. It is an element that at the end of the day will be paid by each player. Luckily, PlayerUnknown’s Battlegrounds offers us a whole series of graphics configuration options to adjust the game to our liking.

Another great point in favor of the game is its fantastic use of sound. Each weapon, each vehicle, each event in the area has its own particular sound, and learning to identify the type of shot and its direction is vital when it comes to winning. Version 1.0 has introduced a series of changes in the sound department: an attempt has been made to diversify the sound of vehicle engines and the sound of the red zone of bombings has been completely changed. This last effect, in particular, is really frightening and very well achieved.

PlayerUnknown’s Battlegrounds also includes a system of lootboxes. But luckily it is not something as sinister and bad. The boxes can only be bought with “in-game” currency, and their contents are of an absolutely cosmetic nature. What’s more, both the boxes and the objects that come out of them can be sold in the Steam market, so it is a fairly benign system for players. We have no doubt that this system may evolve to something more intrusive in the future, but as long as the game does not include a “Pay2Win” element we will consider ourselves satisfied in this regard.

Reading these lines it may be difficult to fully understand the success of PlayerUnknown’s Battlegrounds. It is a game that demands to be experienced in order to understand its scope. For our part, we believe that we are witnessing the birth of something unique. PlayerUnknown’s Battlegrounds is not the first game that uses the concept of Battle Royale, but it is the first to take it to the masses. In a way similar to how Wolfenstein 3D and Doom gave birth to the FPS surge in the 90s, or as Dune 2000 popularized the RTS genre. 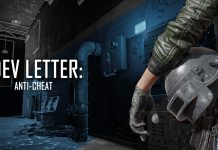 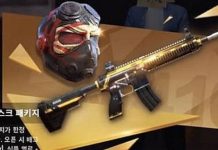 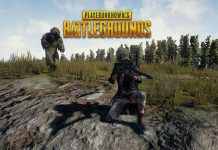