It all started with the idea of having the freedom to commit any crime that we could never think of committing in real life. This notion gave popularity to what is known today as Grand Theft Auto. Grand Theft Auto has always been a game sought after by players. Although the game had started in 2D, the users began to get attracted to the 3D version of Grand Theft Auto: Vice City. 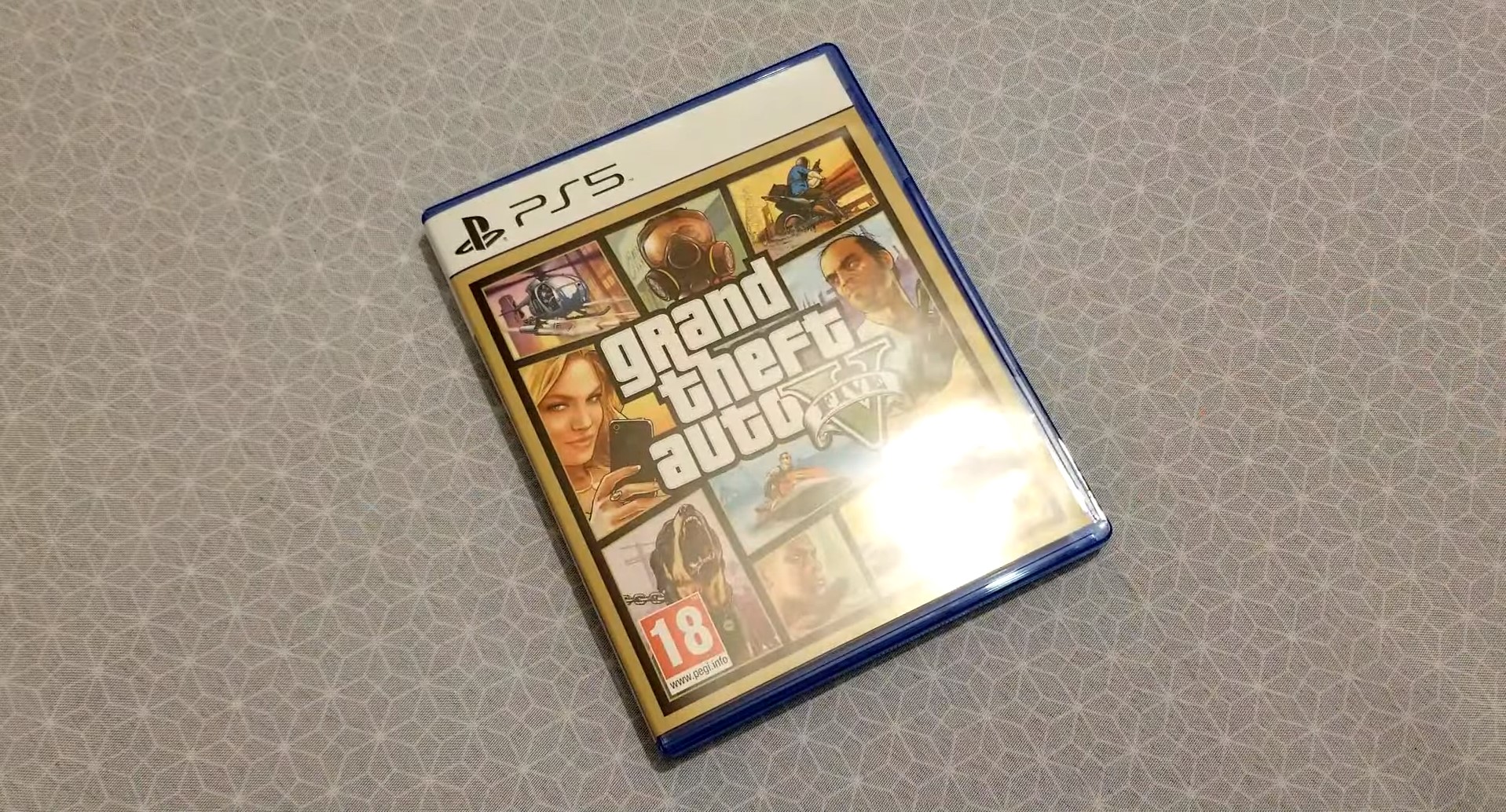 Long after roaming around, the Miami-based game Grand Theft Auto: San Andreas came into existence, providing players with more freedom, including swimming, street parkour, and flying aircraft. This game was purely based on the real-life city of Angels, Los Angeles, which holds Los Santos’s name in the game. Following it, Grand Theft Auto IV was released, based on real-life in New York.

Although this game also gained many followers, fans clasped onto only one game even after GTA IV’s release; it was the Grand Theft Auto: San Andreas. Rockstar was smart enough to upgrade the whole game to an improved version of GTA San Andreas by choosing Los Santos as one of the main locations. The map was huge, immersive, and lively this time, unlike the 2005 game. The game was a massive hit, and even after almost nine years, it is getting constant upgrades.

Fast forward to now, GTA 5, which was initially launched in 2013, is all set to release in physical copies for the PS5 and Xbox Series X on April 12, 2022. Rockstar Games has announced that the game will be available for pre-order at the official Rockstar website and selective retail stores, starting at $40 or £35. However, before the game’s physical launch, some fans have got their hands on the disc. A video game and unboxing Youtuber, Retro Gaming Future, uploaded a video showcasing the game’s physical copy, but the results were rather disappointing. 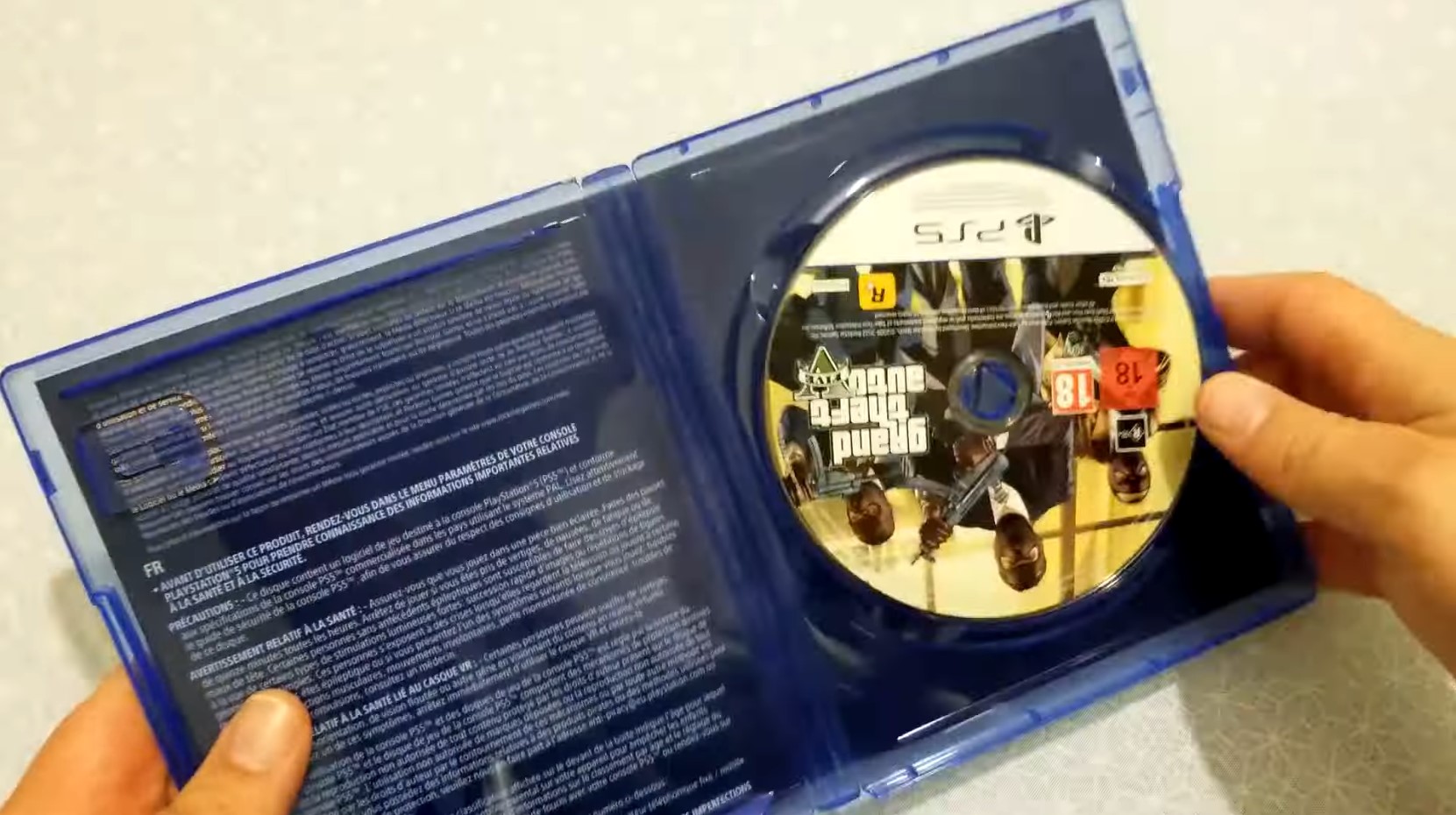 The disc does not contain the well-known gigantic Los Santos map poster like it did in the previous editions. This is a considerable downgrade since it was a Rockstar staple to include the map in the disc, giving the player more of a collectible feel.

The disc previously had a GTA 5 user manual and a GTA online user manual that also seem to be missing in this edition. 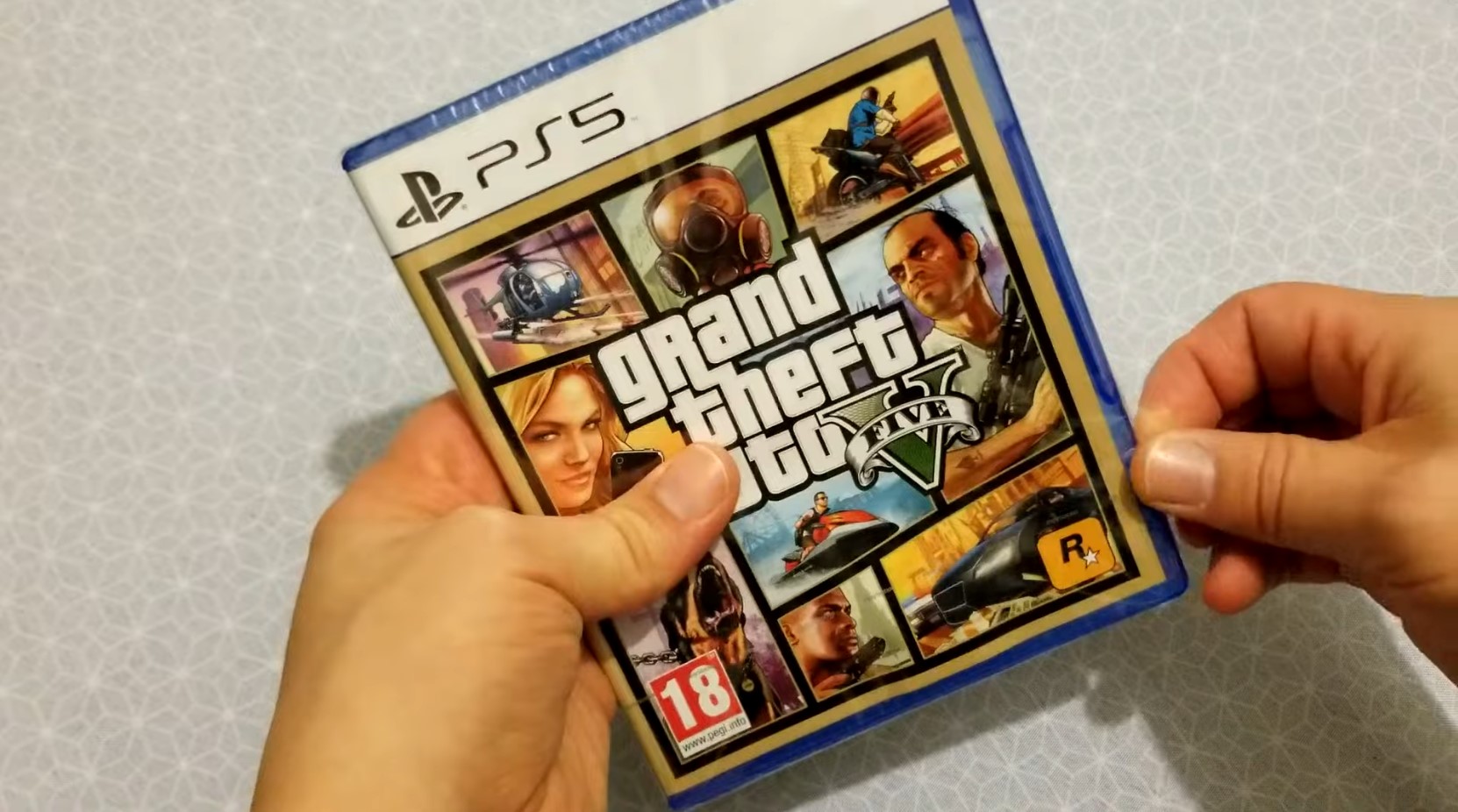 On the other hand, a few other things have been changed. The front side of the cover is slightly adjusted with the addition of a shiny gold border around the cover art. 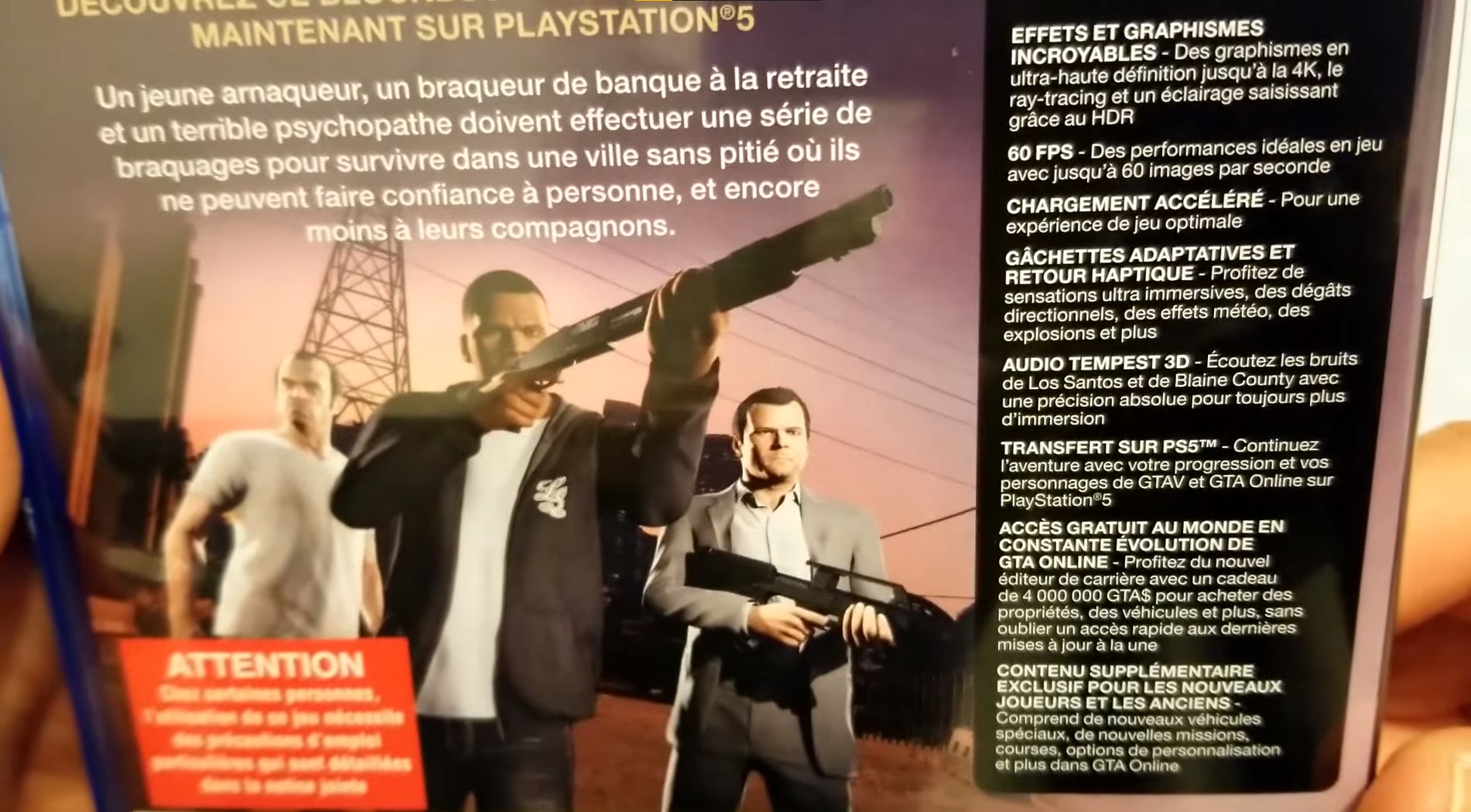 The backside has been completely altered, with the three protagonists being showcased, which were not previously there. It also highlights features of the game with the PS5 mentioned on the right side. 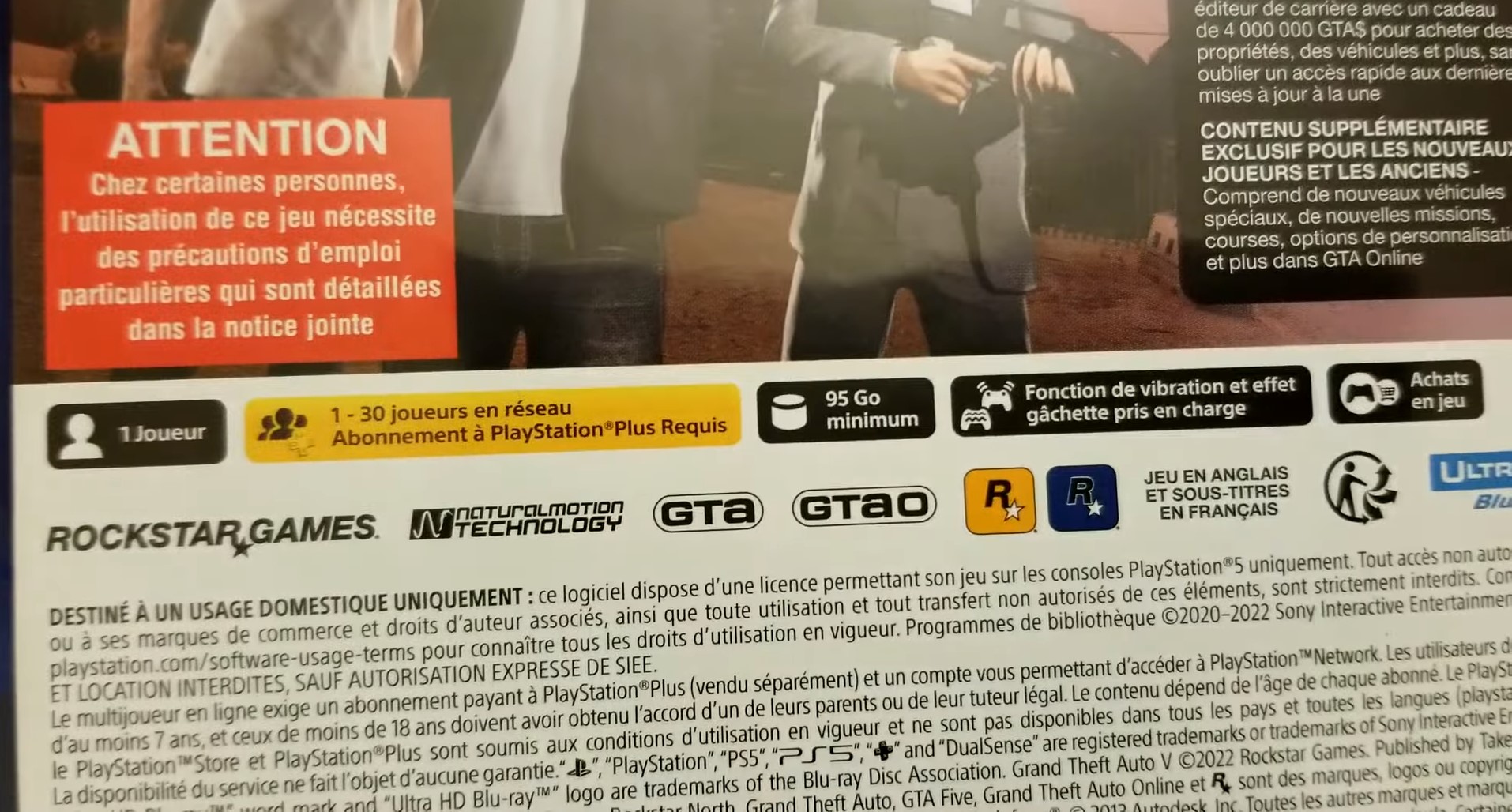 At the bottom, oddly enough, there used to be a sign stating “Included: GTA Online” that also appears to be missing. This could potentially hint at Rockstar mainly producing this physical copy for players who only aim to play the single-player mode. 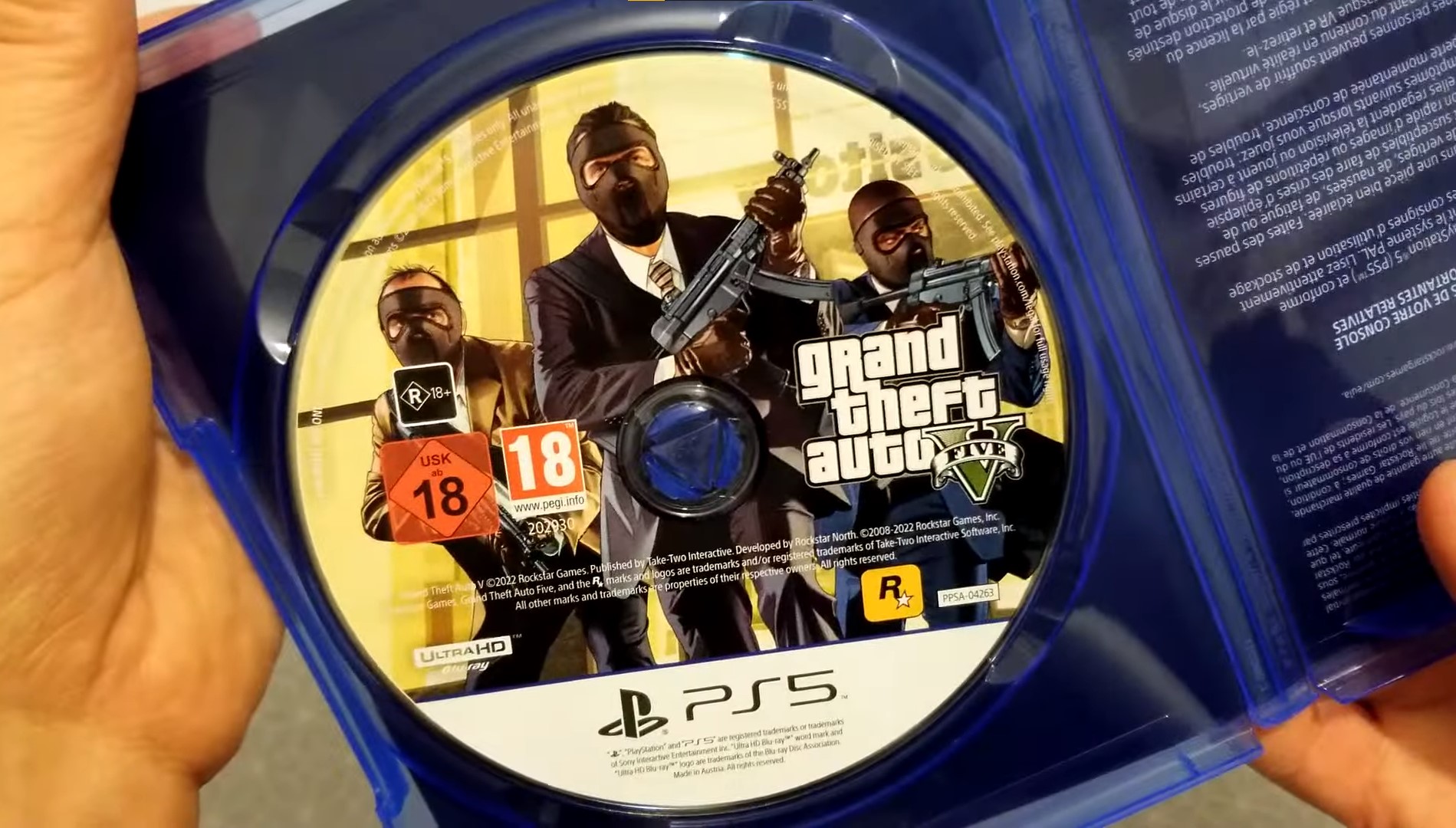 Conclusively, it seems like Rockstar will likely release another edition, possibly the premium edition that will include everything this version lacked. However, that doesn’t drive us away from the fact that the game continues to release even after nine years of the game’s initial launch.