Home Games Zelda: Breath of the Wild on Wii U vs. Nintendo Switch 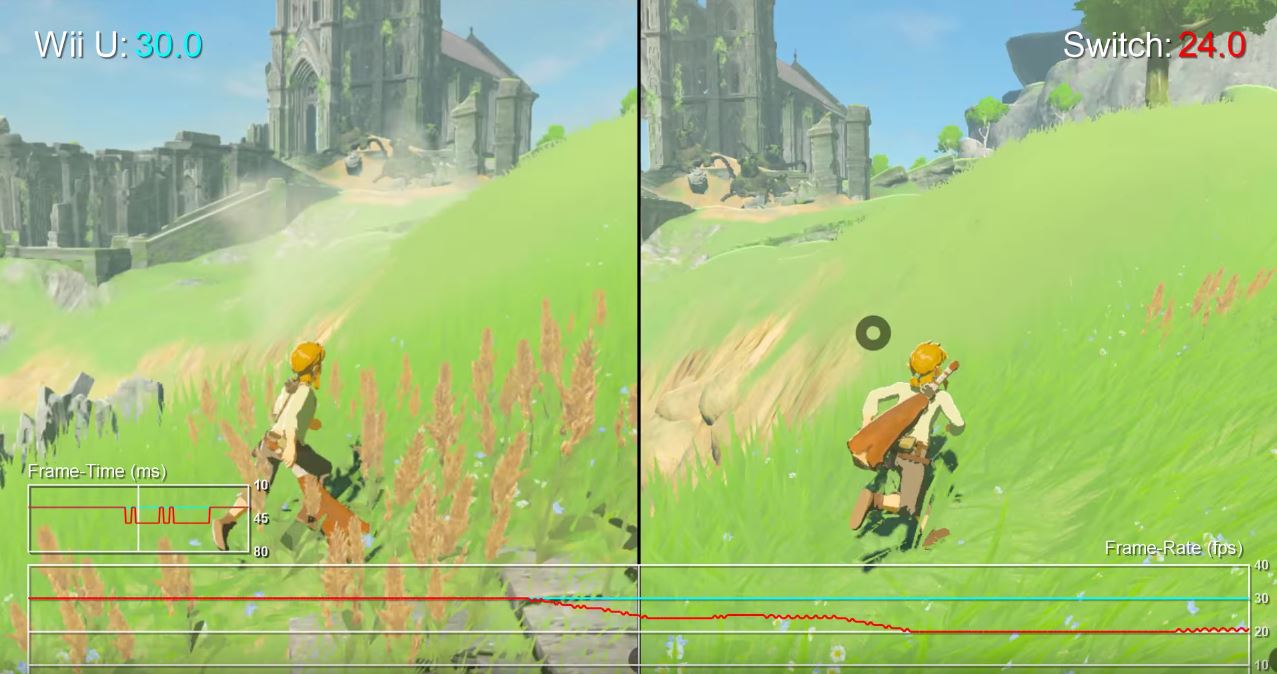 The Legend of Zelda: Breath of the Wild is the title of the Nintendo Switch, but it is not an exclusive game for the portable console, because it is also available for the Wii U. Taking advantage of its availability on both consoles, there is nothing better than a graphical comparison between the console and portable console and below you can see that there is no significant difference in the game despite comparing a console launched 2 days ago (03/03/2017) in front of a Nintendo Wii U released on November 18, 2012.

The Legend of Zelda: Breath of the Wild on Wii U vs. Nintendo Switch

As you can see in the above video, at the movement there are practically no differences, but looking at the detail, you can see slightly inferior textures. Both consoles run the game @30 FPS, but Wii U is capable of running the game at 720p resolution connected to the TV, compared to 900p on the Nintendo Switch (connected to the Dock). This makes the version of Wii U go more smoothly, a fluidity that can only be achieved by disconnecting the Switch from the TV to play at 720p resolution to avoid performance drops.

Another difference between the two versions of The Legend of Zelda: Breath of the Wild  is the sound quality because the version of the Nintendo Switch has an improved sound quality of the environment (step, rain, grass, etc).

In short, the Wii U version offers a more stable performance while connecting to TV, and the Switch offers better performance when you play in portable mode.