Chinese Giant organization Xiaomi showed up a sibling and less expensive variants of its Mi TV 2.

You may like: Xiaomi Presents An Innovative New Trade-in Plan By Swapping Apple Devices With Their Flagships

Xiaomi has incorporated an Android MIUI based entertainment service. It runs on Android 4.4 Kit-kat, yet is up gradable to Android 5.0 Lollipop. This is helpful for playing video games, viewing HD movies and for web surfing.

The TV is hitting shelves in China on March 31. Xiaomi has not given any word on whether it will be accessible globally. As per now Xiaomi is world’s 3rd biggest phone manufacturer followed by Samsung and Apple.

Wanna give an eye on all Xiaomi related stories? Check it out here. 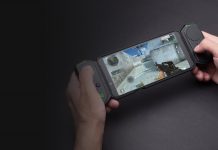