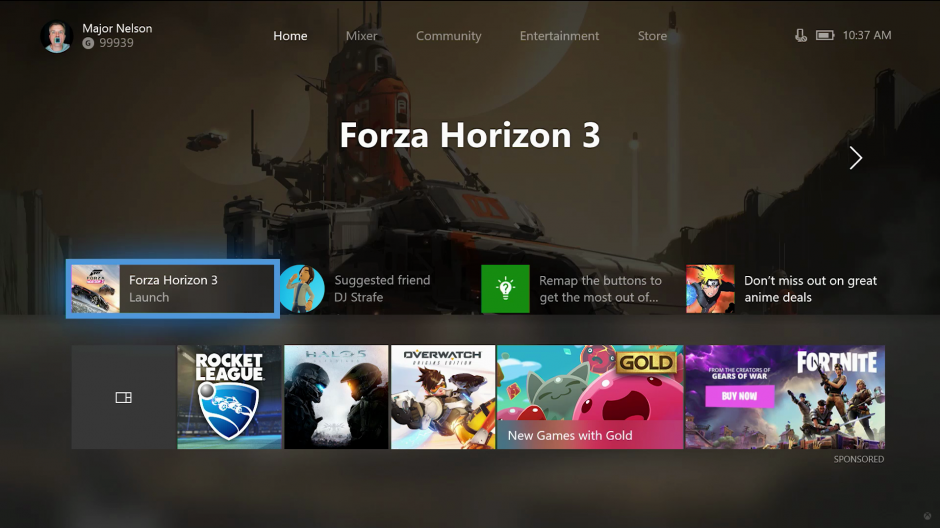 Microsoft’s Xbox team had been working on a new system update for the Xbox One console for a while. Lately, the update was made available to the Xbox Insiders as early access to them so they can test the new features and changes.

As per the reports and Xbox Vice President Mike Ybarra, the update includes a new design for the users known as “Microsoft Fluent Design” which aims to make the gaming experience more personal, social and enjoyable. The new design features finally adds customization options for the Xbox One gamers who can customize the home menu.

This is one of the most requested feature in the recent past months based on the fan feedback. The previous user interface was reportedly confusing and slower, while this new design will deliver more choices and will be more faster than the current one.

In addition to the new design, the update allow users to switch between the tabs in the guide more quickly, between apps and going back to Home screen as well. The new Xbox Guide has separate tabs for People, Messages, Multiplayer, Achievements, Broadcast and much more.

A new video was also uploaded on the Xbox channel, highlighting the changes included in the new major system update. Check out the video below;

This is one of the next few updates which will be released in the coming months as apart of major system overhaul. According to the Xbox Wire blog update, this design will allow gamers to fully customize the home screen the way they want it and even remove the contents they don’t want on the dashboard.

Currently, the update is only available to the insiders for a while and will be released for the Xbox One community sometime later this year. Stay tuned for more updates!