Although there is no clear date, now it seems Microsoft is trying to bring the Xbox One Gamepad that supports PC games. A Microsoft spokesman told foreign media Venturebeat, new wireless protocol that supports wired mode, and impulse trigger and so we need a new PC software and rewrite the whole optimization. To make the Gamepad that also support 360 PC games, Still some work need to be done. 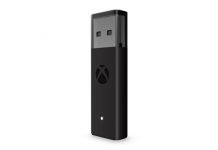