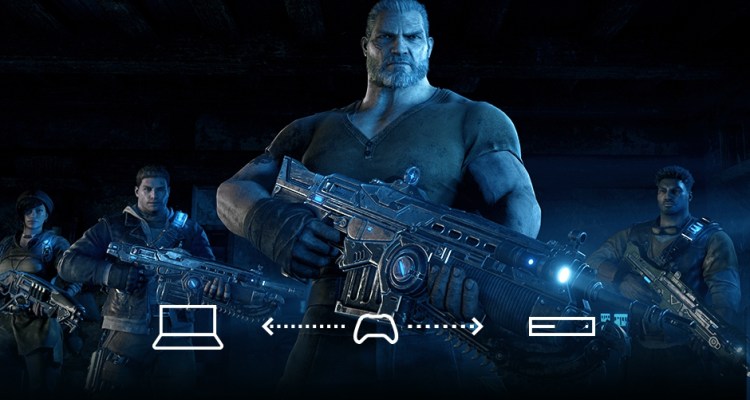 Last weekend, Microsoft and the developers of Gears of War 4 enabled the cross-play between Xbox One and Windows 10 gamers through the game’s Quick Play mode. The cross-play mode was announced last year by the Microsoft for the games supporting Xbox Play Anywhere feature, allowing PC and Xbox One gamers to play against each other in the multiplayer mode and Gears of War 4 is the first game to have cross-play finally enabled.

@KeenS805 I hope so, that’s our goal. HW2 doesn’t for some longer standing engine reasons but going forward cross-play is a good feature.

Only a couple of games support the cross-play feature such as Forza Horizon 3, Astroneer from the Indie developer, while some reports also suggest that the upcoming Crackdown, Gwet and Sea of Thieves will also be supported with the feature. Gears of War 4 cross-play is limited to the private servers having players from PC and Xbox One only.

It would be great to see more upcoming games from different genres having cross-play support and the upcoming Tekken 7 is among the fan favorites. Recently, Resident Evil 7 Biohazard was added as the Xbox Play Anywhere title. Stay tuned for more updates!