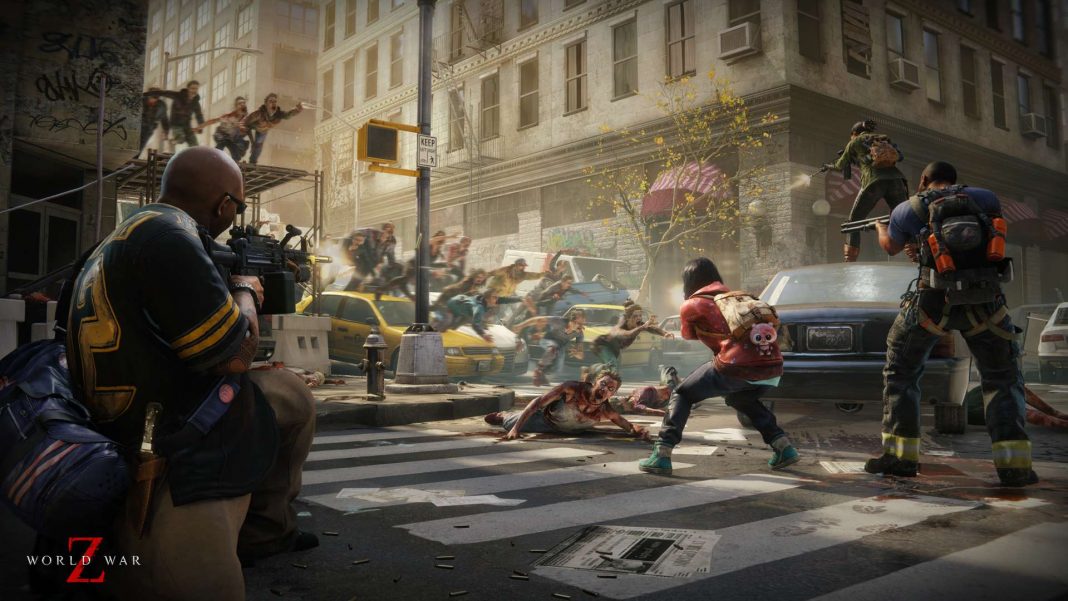 Saber Interactive, in partnership with Focus Home Interactive, announced today that World War Z, the much anticipated cooperative shooter inspired by the Paramount Pictures film will be launched on April 16th on the PC via Epic Game Store, Playstation 4 and Xbox One.

To celebrate the announcement, the developer announced that the game can already be pre-order on the official website. All those who make the pre-order will receive the pack of Wolf weapons for free. This special package features gold skins for three weapons; the ARK-103 assault rifle, the SMG Keris V10 SMG and the 1911 Protector pistol. Also included the Wolf weapon for body-to-body fighting, ideal for cutting the undead to the middle.

In the PvPvz (Player Vs Player Vs Zombies) modes, the hordes of zombies will infiltrate the combat, forcing the players to deal with two completely different fronts, and presenting the possibility of altering the game in a radical way. This competitive multiplayer will offer five different modes:

“World War Z is a rampant third-person cooperative shooter for four players with hordes of zombies that rush recklessly into their living prey.

Fast-paced and inspired by the well-known Paramount Pictures homonymous film, World War Z explores new stories and characters from the world in breathtaking missions of a frightening emotion, developed especially for modern computers. “

World War Z will be launched on PC (exclusive for 12 months at the Epic Games store), Playstation 4 and Xbox On in 2019.