CD Projekt member Marcin Momot confirmed that a new patch for The Witcher 3 is on its way, which will be released soon and fix most of the issues which gamers faced during gameplay. As per Marcin Momot, patch 1.07 is under development and therefore more details cannot be revealed at the moment.

“The 1.07 is actually going to be a pretty large patch. We are already working on it. It’s not going to be too long before it comes out. Can’t talk about the detailed list of changes but it will features A LOT of fixes,” said Marcin Momot on CD Projekt’s Official forums.

That means the issues which PC players have been facing since release of the game will be ended soon. In the meanwhile, PS4 and Xbox One owners will have to wait bit more for patch 1.05. CD Projekt has been accused of biased attitude towards PC and console version due to which Marcin Momet cleared his and company’s position by stating,

“Consoles have some other issues (some are really time consuming to fix) and we want to make sure everything works as intended when released. We ask for a little bit more patience. After 1.05 there will be a huge patch coming up next (it’s already in the works).” CD Projekt forums.

At this point we can say that developers are currently busy for solving the problems both PC and Console gamers have been facing and therefore, they will have to wait till the patch releases. Stay tuned! 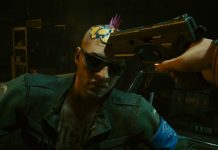