Home News Winnings and earnings of the most successful gamers 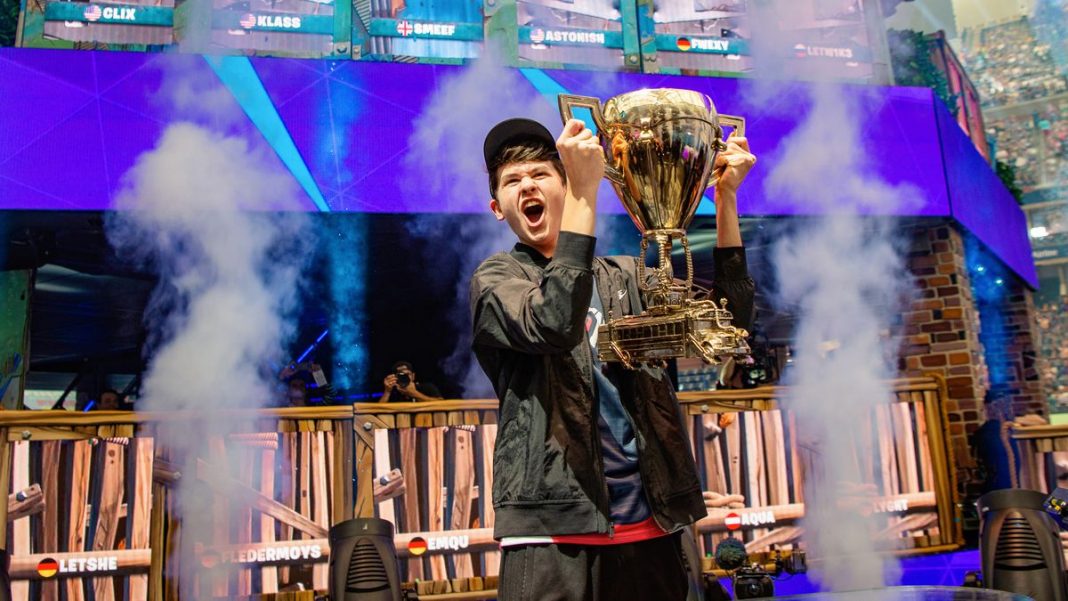 In the past few years, eSports has become increasingly popular with audiences the world over. It’s an emerging sport but has still managed to grab the attention of younger generations, building a loyal audience of passionate fans.

It’s not surprising. Video gaming has evolved into a mainstream activity over the past ten years, and playing games is more of a widespread hobby — and, in some cases, a viable way to make a good living.

The continual growth of eSports is very impressive, especially as just 20 years ago playing video games was seen as a fairly ‘geeky’ or even ‘nerdy’ hobby.

In fact, eSports has grown to such an extent that the world’s best betting sites are also getting in on the action and offering betting markets for the competitions. With eSports tournaments gaining greater momentum and the sponsorships funding them getting larger, the prize money on offer has also hugely increased. Between 2012 and 2019, winnings actually rose by more than 1,500%.

In this piece, we’re going to cover the top three players in the world based on their earnings — so you can see what’s on offer if you put enough time into honing your gaming skills.

Sundstein is a Danish Dota 2 player, who goes by the handle N0Tail. He’s been playing Dota 2 since 2012 and has travelled a long road to reach the top of his game. His first few performances weren’t particularly impressive: it wasn’t until he established the OG gaming team that he really started to flourish.

As such, he’s been the The International winner for Dota 2 in both 2018 and 2019. This made the OG the first team to win two years in a row.

This, amongst other gaming successes, has led Sundstein to generate winnings of $6.8 million over the course of his career. It’s fair to say he’s sure to keep earning more and more in the future, too. His success so far has made him the highest earning professional gamer in the world.

Giersdorf goes by the handle Bugha, and he is the reigning world champion of what is undoubtedly the most popular game at the moment, Fortnite. He dominated the competition, leaving everyone to breathe his dust.

This meant that he took away a very impressive prize of $3 million — not a bad reward for playing a game he probably loves. What’s most impressive about this is that Fortnite tournaments are only likely to keep growing over the next few years, which means that Giersdorf could end up being at the top of the list for quite some time if he is able to continue his Fortnite domination.

An interesting fact about Giersdorf is that he was recently ‘swatted’ during a live stream on Twitch. This is when rival players put in a false police report that leads to the player being confronted by armed police at home, which is an extremely unethical way to disrupt a strong performer’s gameplay.

The aim may be simply to ruin the player’s flow and to give an advantage to other players, but it’s very cruel.

Back when internet gaming was first becoming prominent, Counter Strike was one of the first games to really capture the imagination of players. With the current surge in popularity of online gaming and eSports, it’s only right that Counter Strike in some form is still ranked with the other big-hitting games.

It’s CS:GO that has made Hojsleth, who goes by the handle Xyp9x, his big money. He’s brought glory to Team Astralis since he joined in 2016. This has led to four major wins for him and the team in that time, and generated a handsome amount of prize money: $1.7 million.

On top of the big money wins, he has also been voted the 13th best Counter Strike player in both 2017 and 2018. Hojsleth looks to be in good shape to continue his amazing form, and at just 24 years of age he has a few more years at the top left in him.