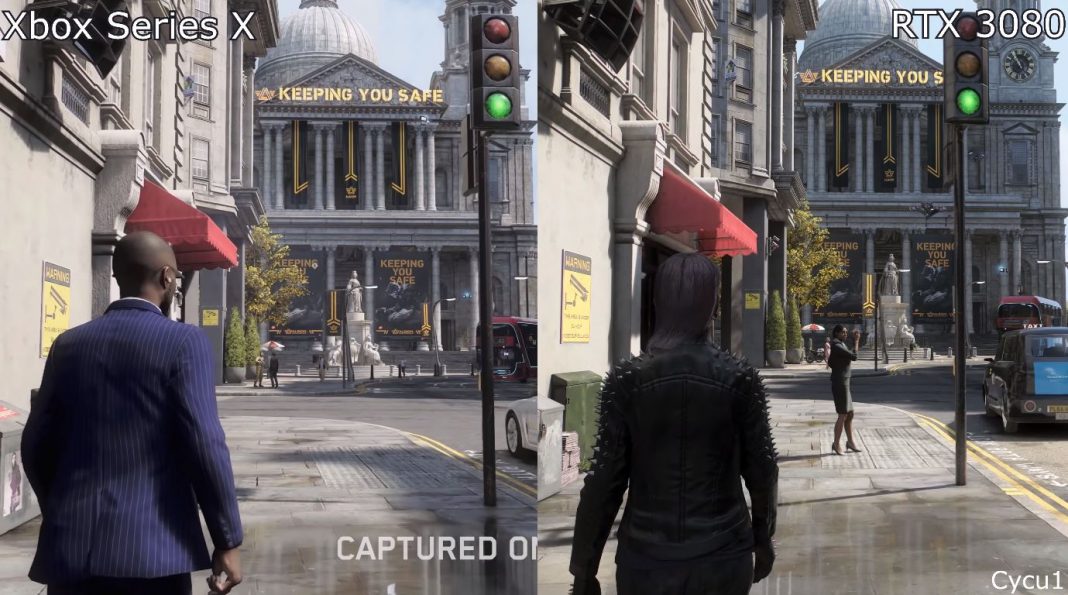 First of all, it should be mentioned that the Microsoft console is running game at 30 FPS, which is similar performance to what we saw with the Nvidia GeForce RTX 3090, after disabling DLSS. The game is still lacking proper optimization, which is expected to be resolved in future with updates.

As you can see from the above comparison, at visual level they are very similar, though the only difference we observed is less defined textures, and Ray Tracing effects with less level of detail on Xbox Series X version of the game (seems like console uses the medium PC settings for Ray Tracing).