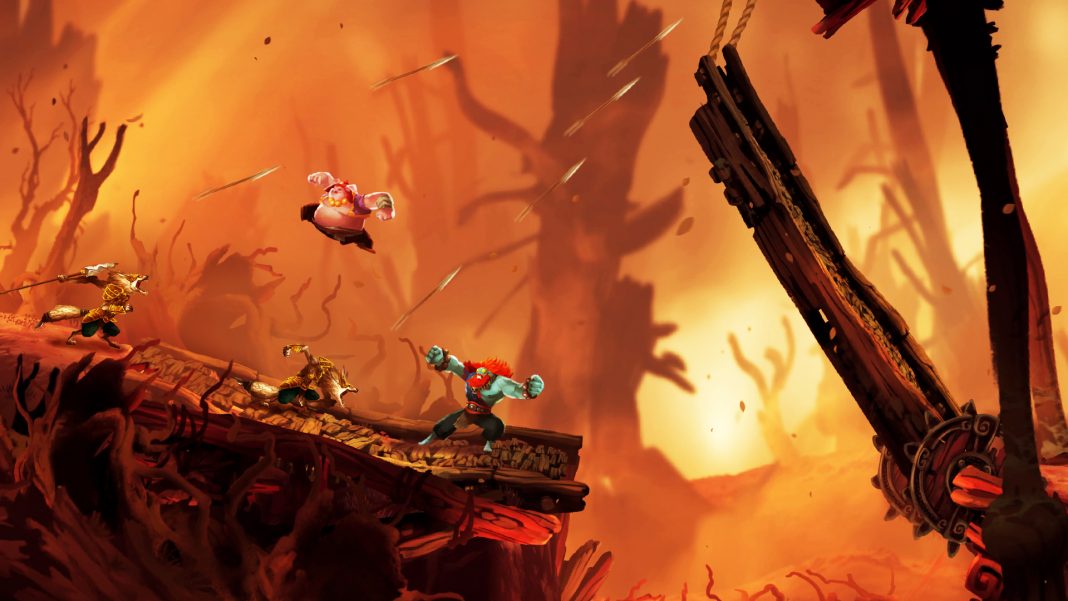 Magic Design Studios, a studio formed by ex-developers of the Rayman series of Ubisoft, today announced the availability of Unruly Heroes on Steam, a sensational platform that can be played alone or with three more partners in crazy mode, and it also includes a PvP mode in online or local mode. The sensational art and movements of the characters speak for themselves.

“The sacred parchment that safeguarded the harmony in our world has been torn and scattered to the four winds. Now, strange and terrifying creatures sow discord and chaos everywhere. Only four impossible and diametrically opposed heroes can avoid it: Sanzang, the wise; Wukong, the audacious monkey, Kihong, the gluttonous pig, and Sandmonk, the noble-hearted brute.
On your journey to the west you will cross fantastic worlds in search of the parchment pieces and fight against an army of evil creatures.
Or they will try! “