Home News Unreal Engine 4.6 Has Been Released with 88 Changes

Unreal Engine is the most demanding gaming engine which is responsible for winning many hearts, this epicness is made by Epic Games. Now, the latest news will give the pleasure to the fans of this as they have released Unreal Engine 4.6 with more than 88 major changes. It is the successor of Unreal Engine 4.5 which was released back in October.

As mentioned above more than 88 changes have been made to the game development and these changes are based on the feedback of the community. So now you can expect something better than before.

Unreal Engine 4.6 arrives with a slew of lighting and material improvements, support for capturing and playing back network demos, and huge updates to animation workflows, including root motion blending and multi-montage support!

The new Mobile Preview rendering mode lets you edit your scene just as it would appear on a mobile device. UI creation with Unreal Motion Graphics has been greatly enhanced, and you can now place interactive UI widgets right into 3D scenes.

Apart from this there are lots of changes have also been made and you can see also on their official website. Epic Games give their words for the Consoles and mobile platforms that new update will be improved lots of things.

Prior to this, the developers had announced that UE4 will be free for use by university and college students. All school owned computers get the installation for free, and students enrolled with the colleges get free personal copies too! 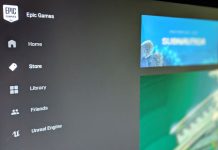