Apple offers the Mac Pro currently has a maximum memory capacity of 64 GB and also the accessories dealer OWC does not provide larger storage. Transcend has now introduced memory modules for Apple’s desktop computer, which allow a higher memory capacity.

For Apple MacPro 64Gb is not Enough?

For Apple Mac Pro to the accessory manufacturer Transcend has now introduced DDR3 DIMMs with capacities of 16 and 32 GB. The Apple computer has four slots and can be upgraded with up to 128 GB of RAM.

As processors in Apple’s new computer Intel’s Xeon E5 chips are used. Available with four cores and 10 MB L3 cache or with six cores and 12 MB L3 cache. Both run with Turbo Boost up to 3.9 GHz. Optionally, it is also possible processors with 8 or 12 cores and up to 30 MB L3 cache, which is not only the performance but also drives up the price. 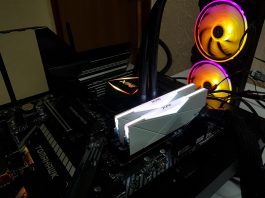