Home News Toshiba will not show new TVs at CES2015

While LG and Samsung have already announced a considerable revolution in terms of their TVs, it turns out that the company Toshiba will not show any new model at CES2015. What does it mean? Maybe nothing or maybe a lot.

Toshiba will not show new TVs at CES2015

As you know, CES is the best opportunity for many manufacturers to show off their latest achievements and present product lines for the year. One of the most important sectors during this event is for TVs.

Samsung announced the presentation of a new platform Smart TV system based on Tizen, and LG to showcase TVs with quantum dots. The latter also wants to show the latest developments in terms of OLED. Philips Ambilight TVs to present with Android, and others are planning to surprise us.

Previously, Toshiba has announced that it will present a single new TV. We’ll see the new mobile devices and computer accessories from this manufacturer, but the lack of TV.

While on the one hand, it may be a surprising decision, it should be borne in mind that a lot of the Japanese manufacturer in this sector recently lost. May be Toshiba is going to change the market.

“Toshiba plans to reform its policy with regard to global action in the video,” – says in a press release announcing the appearance of specific information in the next few months. It seems like they are going to leave the US market. 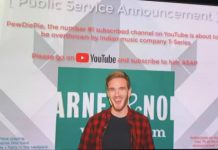 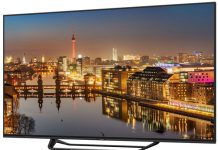