In this digital age, programming has become one of the important skill which an individual should have. Whether you’re sitting among programmers for technical discussion or perhaps having difficulty in pursuing a programming language, IEEE (Institute of Electrical and Electronics Engineers) Spectrum has ranked 49 different programming languages which can aid you in your programming journey.

According to the chart which is given below, the top programming languages are Java, C and C++ respectively. HTML, which is used for developing websites is ranked 14 according to the list — everyone starts out with HTML because it’s easy. Python, a language which most of the beginners pursue is on the number 4 spot. 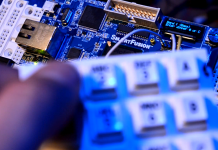 A Beginner’s Guide to Embedded Programming