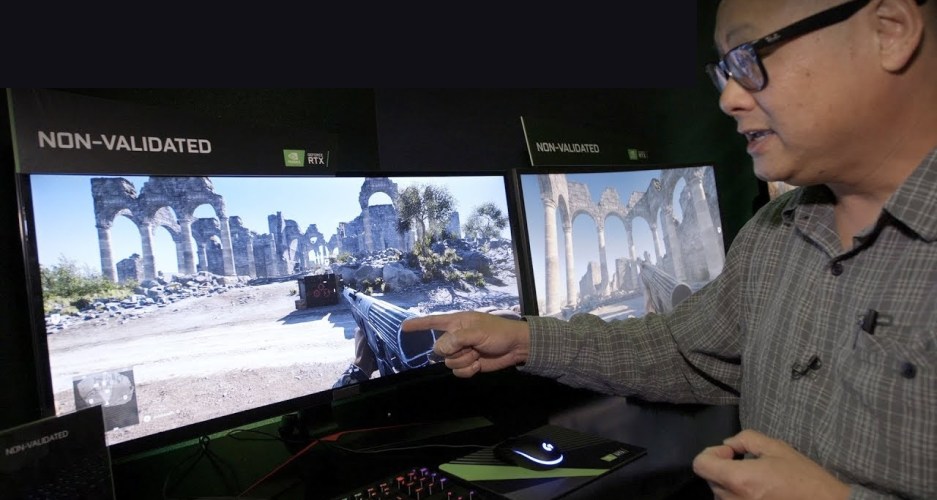 Yesterday, we published the surprise news about the announcement of Nvidia giving G-Sync support to monitors that were originally launched with AMD FreeSync technology. In the news we say that officially only 12 models have been approved by the brand, out of a total of 400 tested, but also, thanks to the new driver that will be released on January 15 you would be able to activate it manually in any other monitor that count on the FreeSync variable refresh rate mode.

In our conclusions we talked about a possible marketing move for these monitors to bear an official seal of the brand, but apparently, as the video from the PCWorld site shows, there are some important problems with non-certified monitors.

It remains to be seen if these two monitors that Nvidia put on their CES stand are particular cases to demonstrate the seriousness of not having been validated, or if it is something more general, representing a high percentage of the 400 tested. But there is still a light of hope for all the owners of a FreeSync that are waiting for news with the driver on January 15. According to the site’s Executive editor, Nvidia says that not all FreeSync monitors are created equal — in fact, only 12 out of more than 400 are certified to be G-Sync-compatible. Gordon checks out some examples of FreeSync monitors that don’t stack up.

Nvidia assures that it will not be negatively influencing certain models of monitors – through the drivers – to tilt the market towards those who do come certified, but they are working to give full general support.