Through its Steam tab, Bandai Namco unveils the minimum and recommended PC system requirements of the seventh installment of the Tekken series ‘Tekken 7’ which will be released on June 2, 2017.

“The version of TEKKEN 7 for home consoles and PC represents the culmination of the arduous development work for a fighting game, even surpassing its counterpart for arcades, offering additional balance, adjustment in all kinds of details, The inclusion of a dramatic story mode, more characters, and the implementation of online tournaments, something that will surely ignite the fighting spirit among players around the world. “

Tekken 7 is being developed by Bandai Namco Entertainment Inc. studio in Tokyo, Japan, led by the director of the Tekken franchise, Katsuhiro Harada. The game has been built on Unreal Engine 4 engine for the first time. Tekken 7 brings the visual quality of the series to another level, featuring highly detailed characters and dynamic scenarios. When the game debuts on consoles and PCs, Tekken 7 will offer numerous competing modes and enhancements that go beyond its arcade version, including a Story Mode that allows players to experience in depth the canonical plot of the Tekken saga.

There will also be new selectable characters such as Kazumi Mishima, Claudio, Josie, Shaheen, Katarina, Lucky Chloe, Gigas, and Akuma from the Street Fighter franchise among others, which will be available for the first time outside of the arcade delivery already mentioned.

The game is planned for next June 2, and will reach on generation consoles and PC. 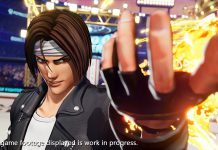 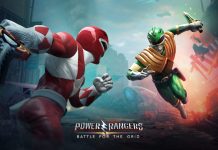