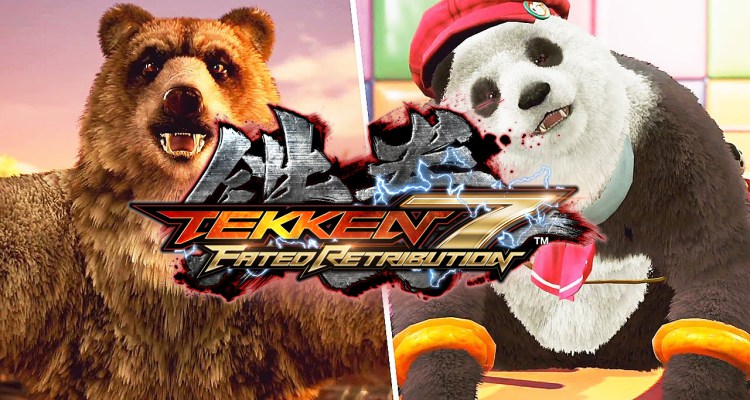 Kuma and Panda will join charismatic cast of Tekken 7 when it will be released on PC and next-Gen consoles in early 2017. To celebrate the announcement, Namco Bandai brought a new gameplay trailer showing both characters in action:

Tekken 7 is being developed by NAMCO BANDAI studio Entertainment Inc. In Tokyo, Japan, led by the director of the TEKKEN franchise, Katsuhiro Harada. Developed with the Unreal Engine 4 for the first time in the Tekken series, Tekken 7 carries visual quality to another level, featuring highly detailed characters and dynamic scenarios. When the game will be debuted on consoles and PCs, the game will provide modes, competing numbers and improvements that go beyond the arcade version, including a Story Mode that allows players to experience in depth the canonical argument of the Tekken saga.

Kuma and Panda reunite and make their Tekken 7 debut! Who will it be, the Kuma Shinken master or Xiaoyu’s former bodyguard? The choice is unbearable!