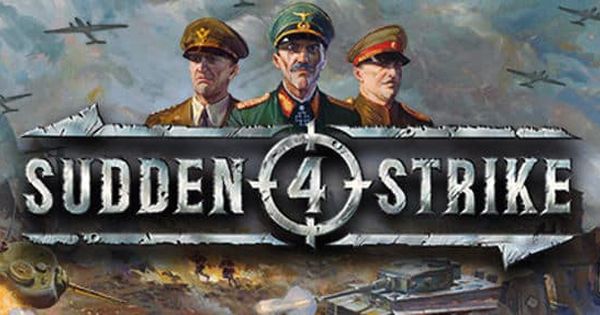 Sudden Strike 4 has three single-player campaigns, can star in the British Army / American, German and Soviet, along the best battlefields of the Second World War. There are more than 100 units, including the German Heinkel He 111 bombers, the Russian T-34 tank, the British single-seat fighter Hawker Typhoon and the well-known German tank Panzer VI Tiger, among others.

For the first time in the series, we can choose from nine commanders, such as George Patton and Bernard Montgomery, who allow different approaches presuming your skills units.

Like its predecessors, this fourth iteration allows to annihilate to our enemies of several ways. Flanking either tanks, carrying out ambushes or occupying soldiers structures, we can outdo the enemy more cunning positions and unleashing devastating airstrikes. How we complete a mission depends on us.