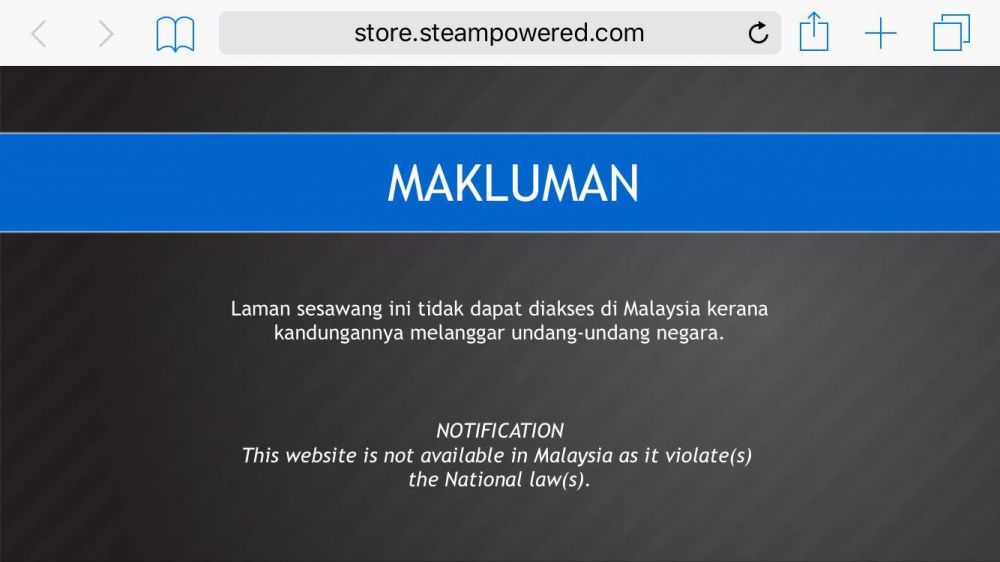 Steam has been blocked by the MCMC (Malaysian Communications Multimedia Commission), with photos of the blocked page coursing social networking media.

Malaysian gamers trying to get to the page are facing a page with a notice saying the site is not accessible because it violates national laws.

“Warning: This site is not accessible in Malaysia as it violates(s) the National law(s),”

According to current rumors, an arcade fighting game “Fight of Gods” is the leading cause of this issue. The game being referred to highlights religious gods, for example, Odin, Amaterasu, the Buddha, Jesus, Moses and so forth, duking it out against each other.

A depiction of the game posted on its Steam store page stated:

Your prayers have been answered! For the first time ever, gods, holy spirits and mythological characters from around the globe and throughout history will clash in an explosive 2D fighter where the entire world is at stake!

Who will emerge victorious from the most destructive combat tournament the universe has ever witnessed?

Fight of Gods was released via early access on September 4 and reviews of this game are extremely positive, with many lauding the game’s ridiculous idea.

Negative reviews of the game are highlighting poor and unbalance game play.