Call of Duty: Advanced Warfare developers Sledgehammer Games have already proved their prowess by co-working with Infinity Ward in making the famed COD:Modern Warfare 3 back in 2011. Now after the trailer of the latest title(COD: Advanced Warfare) in the Call of Duty franchise made waves across the gaming world, Sledgehammer Games hold a lot of promise for the future of the franchise.
Speaking of their work ,studio co-founders Glen Schofield and Michael Condrey promise a ‘mindblowing’ preview of the game at E3 next month.

Speaking of the experience on making the game, the duo stated, “It’s hard to believe that it has been almost three years since we started working on Call of Duty: Advanced Warfare, and the last time we were at E3 we were on the road sharing MW3.

“It’s been quite the journey and our show plans are shaping up to be incredibly special. We’ve been busy reading all your comments, watching all your videos, and absolutely glowing with the excitement of sharing more with the greatest community on earth – the Call of Duty community.

“The anticipation of showing off the most ambitious project we’ve ever worked on is a truly humbling feeling, and we could not be more proud of the amazing work being crafted by the team at Sledgehammer Games. The studio is buzzing with the excitement and looking forward to sharing more from our game with you.”

Meanwhile, we hope most of you COD fanboys are jumping up and down your seats and can’t wait till E3.
Here’s some news for you….

The following is the alleged cast for the game.. since there is no official announcement from the COD AW team, take it with a grain of salt. 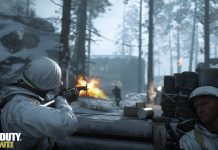