SanDisk was the first company worldwide to launch a solid state drive of 4 TB in April 2014, and now wants to continue making their mark by preparing two new units of high density will reach 6 to 8 terabytes. Both units will arrive sometime next year (2016) to replace mechanical hard drives working on 10,000 and 15,000 RPM speed. These would offer SSD’s read and write speed of up to 400 MB / s reading and a random write IOPS 75,000 and 15,000. If all goes well, by 2017 we could see and SSD’s up to 16TB  of capacity.

SanDisk is preparing to launch SSD’s up to 8TB

6TB and 8TB solid-state drives are currently in development. The only thing presently known about them is that they will be based on Toshiba’s multi-level cell NAND flash memory made using 15nm fabrication technology.

“We are developing our next-generation 15nm NAND flash-based 12Gb/s SAS SSD with higher capacity and performance,” said Mr. Mehrotra. “We expect to introduce that solution to market in 2016 with revenue contribution starting in late 2016.”

While 6TB and 8TB SSDs will keep on utilizing MLC NAND, future hyperscale SSDs from SanDisk will depend on three-dimensional (3D) vertically-stacked BiCS NAND, which is more cost-effective to create and which gives higher densities, execution and unwavering quality. 3D NAND will help to drive down per-gigabyte expenses of SSDs to levels practically identical with big business class HDDs, SanDisk and Toshiba accept. 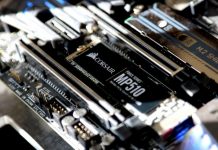