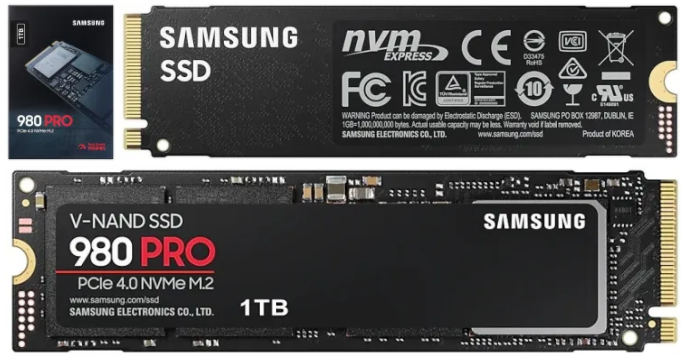 When Samung 980 PRO PCIe 4.0 SSD was first unveiled at CES 2020, it promised great performance thanks to its switch from the PCIe 3.0 interface to PCIe 4.0. Initially, Samsung had revealed that the 980 Pro would achieve an incredible 6.5GB / sec sequential read speed, which would be ahead of any other SSD on the market. 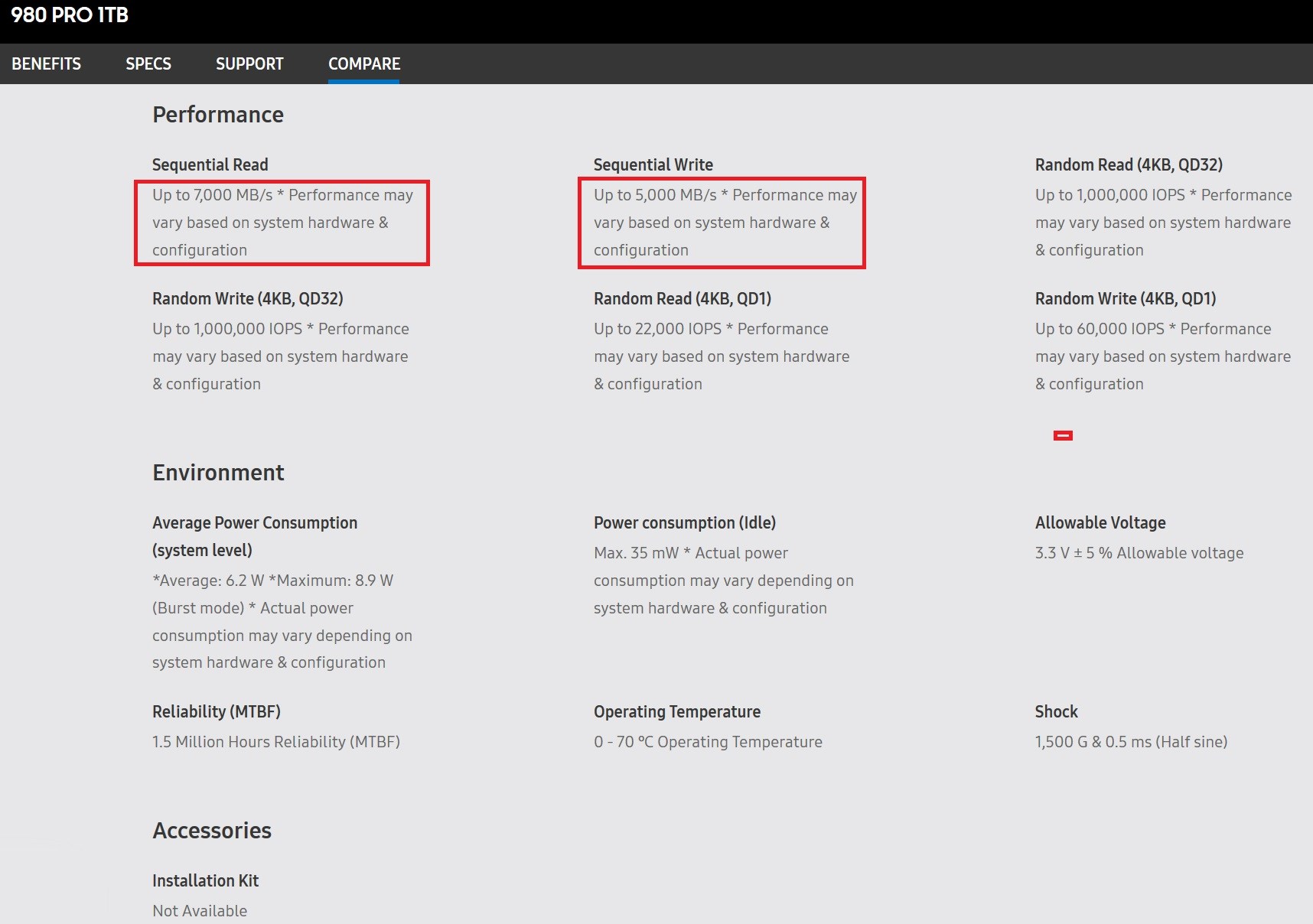 Today, Samsung has released the official specifications for the Samung 980 PRO PCIe 4.0 SSDs, and they appear to be even better than those announced earlier this year. Overall, Samsung claims that the 980 Pro is twice as fast as current PCIe 3.0 SSDs and up to 12.7 times faster than its SATA-based counterparts. As for actual performance, Samsung mentions 7,000MB / sec of sequential reads and up to 5,000MB / sec of sequential writes for the 1TB version of the 980 Pro. Random 4K (4KB, QD32) reads and writes hit 1,000,000 IOPS.

Given the high-performance nature of the Samung 980 PRO PCIe 4.0 SSDs, Samsung is using a nickel coating on the SSD controller to keep heat in check, while the SSD label also serves as a heat sink.

The 980 Pro was slated to launch between July and August, but considering that Samsung has only lifted the product page just now, it’s very likely that we won’t have much to wait any longer.

Of course, it won’t be cheap at all, considering that the 1TB 970 Pro is officially priced at $ 319.99, so we should expect similar or slightly higher prices for Samsung’s successor to PCIe 4.0.

When it launches, the Samung 980 PRO PCIe 4.0 SSDs will be compatible with AMD’s X570 / B550 motherboards and Intel’s upcoming Rocket Lake desktop processor platform.