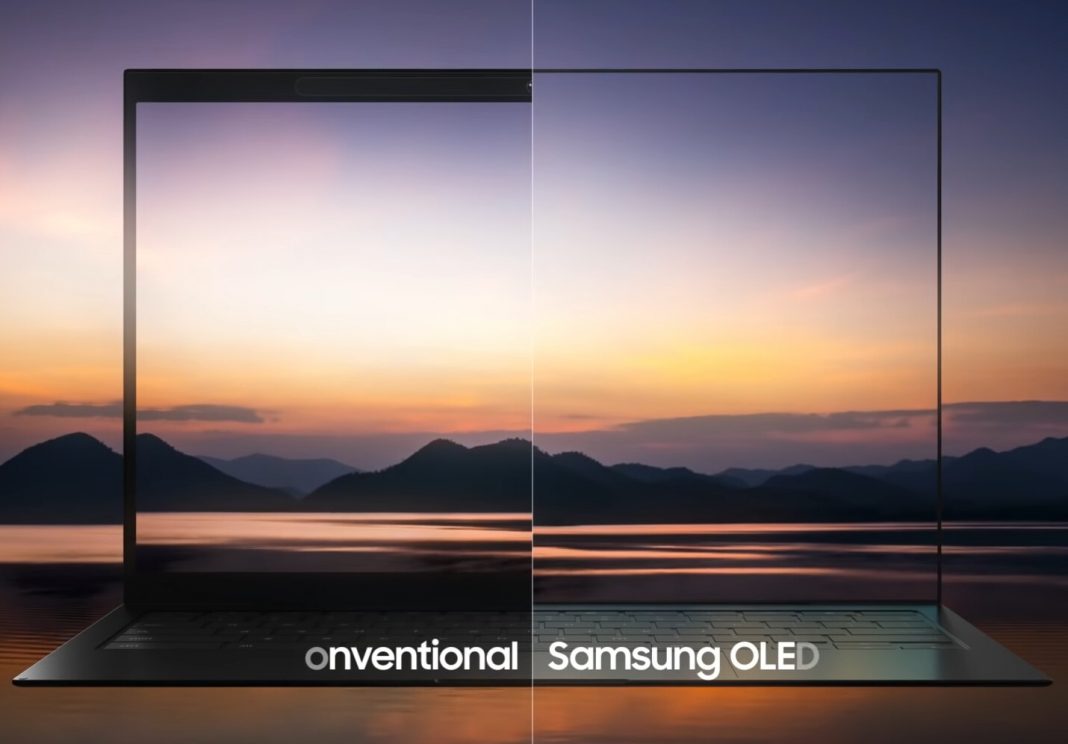 Samsung announced that it was preparing mid-range OLED panels for laptops from 13.3 to 16 inches, which will allow laptops to be even more compact, and to achieve this task, the company hide photographic sensors of the webcams the screen panel itself, which also saves costs compared to other solutions used by companies such as Huawei, which hides its webcam in a specific key on the keyboard.

According to Samsung, thanks to its panels and design of integrating the camera behind it, it would allow manufacturers to offer a screen-to-body ratio of 93 percent, and of course, it is not 100% convenient either, because in any major hit or fall, the damage will be directly absorbed by the OLED panel, instead of an aluminum frame that can absorb the impact.

To make camera to be effective, once the system detects that the webcam is activated, the grid of the panel that hides the camera will become translucent so that the camera is able to capture the image, although of course, it will be quite ugly to stick something in front of the camera to cover it to ensure privacy.