Breaking: Good news for e-market and IT industry of Pakistan as the Government of the country cuts sales tax on the import of desktop PCs and Laptops.

Sales Tax on Laptops and Desktops Exempted by Government of Pakistan

In the recent budget 2016-2017, documents by the finance ministry confirms the exemption of sales tax on the import of Laptops and Desktop PCs. According to the Government sources, the step was proposed by Ministry of Information Technology in order to enhance the growth and promote IT sector in the country.

By this step, the country may witness growth in sales and import of both of these items and it may also help in reducing illegal imports in the country. As per the reports, this exemption of tax on these peripherals will be legal by July 1st, 2016 onwards.

Earlier, the Government had implemented sales tax policy across the country on import and the sale of Laptops and Desktop PCs and its peripherals due to which the prices went much higher and some of the people ended up getting used one. After this initiative, it is expected that country may see growth in the Information Technology sector and more companies starting its operations in the country. 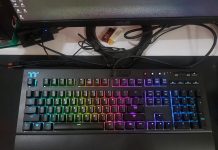