Capcom has released the cinematic intro for the continuation of Resident Evil: Revelations, heroines starring Claire and Moira. In that video we look at the handling of firearms, weapons and melee attacks as you can change rapidly from one gun to another. The latter seems too arcade, even more so considering the use of weapons in Revelations, but given the speed of these new specimens called Afflicted, seems to fit the tempo.

The video also presents the basic movements (walking and running) and evasion, which seems to take an important role during the clashes. It also shows how to switch characters -jugando alone, of course- provided the push of a button, ideal for helping Claire or Moria out of tricky situations.

Another new aspect is the use-or unusually flashlight to highlight items and ammunition that would otherwise be impossible to locate in dark environments. It may also be used to blind enemies to our partner’s kick hit with melee and thus we will be able to save some bullets.

The story will run during the events of Resident Evil 5 and Resident Evil 6. It takes place in a detention center located on a deserted island. The plot begins when Claire and Moira wakes up after being kidnapped.

Resident Evil: Revelations 2 does not present the classic zombies or Ooze of Revelations, but there will be a new type of enemy called Afflicted (distressed), who although seem quite different if we compare with zombies. They can move quickly and cause much damage to the player. It is also said that will force the player to make decisions on how to remove them, either confronting or dispatch quietly to preserve the ammunition. 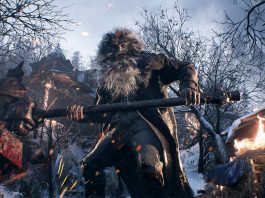