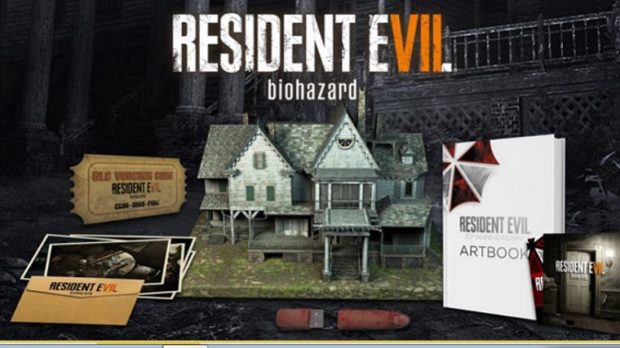 Capcom seems to be working on the collector’s edition of the upcoming Resident Evil 7 as the edition gets listed by the GameStop Italian website.

It will cost you about €150.96 if you plan to buy the base game along with the Collector’s edition on the PC while about €160.96 for the PlayStation 4 or Xbox One. Capcom has been updating us with more details regarding the development of the game and its virtual reality version that is limited to PS VR.

Resident Evil 7 Biohazard is a first person horror-survival game in development and is scheduled for release on January 24, 2017 for PC, Xbox One and PlayStation 4. Stay tuned for more updates!