Capcom has announced to release the famous Resident Evil 4 in the franchise for both the current generation consoles, i.e, PlayStation 4 and Xbox One.

The studio previously released Resident Evil 5 and Resident Evil 6 on both the consoles with enhanced graphics and now, has decided to release the most famous game of the franchise with upgraded graphics, textures and other features for PlayStation 4 and Xbox One.

Along with the main story, the players will be experiencing Mercenaries mode and New Game plus mode, which will have some secret weapons, unlocked costumes and much more. The game will reportedly cost around $20.

Interestingly, new installment to the franchise, the Resident Evil 7: Biohazard was also announced by the company during this year’s E3 press conference and it was also confirmed that the game will be getting virtual reality support. The game’s support for PlayStation VR was confirmed, but was highly criticized by the developers. One of them claimed that the ‘Resident Evil 7 on virtual reality is actually making people sick’.

Resident Evil 4 is all set for release on August 30th for PlayStation 4 and Xbox One. Stay tuned for more updates! 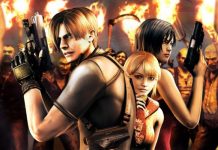 Resident Evil 4 Remake already in development; would not be released until 2022