Just now, official Facebook page of Resident Evil posted a new poster where it was written “Biohazard 2 and “New Rebirth Project” below the title in Japanese. The producer Yoshiaki Hirabayashi wrote,

Hello RE fans! This is H again!

Right after the RE HD Remaster project was finished, I actually started putting together my ideas for this “RE2 Project”. So, I just brushed it up and went to see my boss to present the basic concept of the project already…

The word “Biohazard” is a Japanese title of Resident Evil. The Capcom is teasing Resident Evil fans after knowing their love and enthusiasm for the series. Yesterday, they posted

First off, we would like to express our deepest appreciation to all Resident Evil fans, for your passion, enthusiasm and continued support for the Resident Evil brand.

Enthusiasm for a Resident Evil 2 Remake is something we’ve been hearing from you over the years, and has drawn some recent attention in the media.

However, as the team owns the RE brand, we’re not certain how we feel about this approach, and would like to ask your honest and frank opinion about the “Resident Evil 2 Remake” and what the brand identity is supposed to be about?

And just after a day, the producer posted an image while confirming that he had presented the concept for new ‘RE2 Project‘. Stay tuned for more 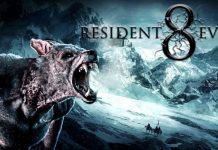