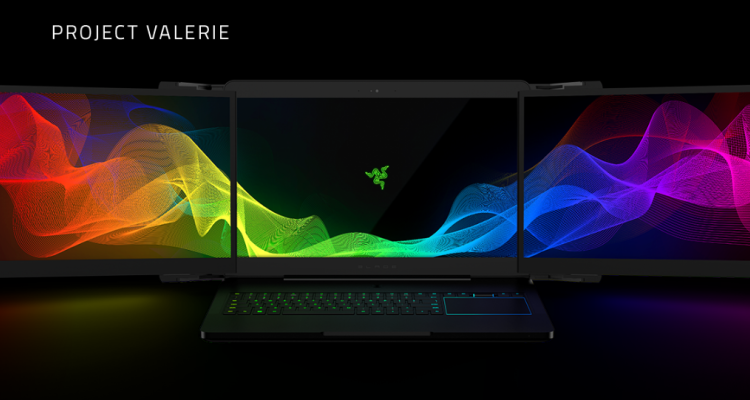 After completing the CES 2017 a few days ago, Razer again suffered a great loss (a prototype of the Razer Blade had already been stolen in 2011) because its two prototypes of Project Valerie were stolen. For those who are not aware, Project Valerie is an expensive laptop with three 4K screens and a mechanical keyboard, among other things.

Razer offered a reward of $ 25,000 for information leading to identification, criminal arrest and recovery of lost item.  Consider for a moment that a rival company steals the prototype to open it, see how it works and then apply the similar technology in a project of its own. If a company beats Razer because of these secrets that could be learned from stolen prototypes, it’s corporate espionage.

Unfortunately, this is not for the first time that Razer is facing such situation. In November 2011 they also suffered a robbery of its two Razer Blades prototypes.

Razer CEO Min-Liang Tan wrote on Facebook early this morning. “At Razer, we play hard and we play fair,” he wrote on the Facebook post. “Our teams worked months on end to conceptualize and develop these units and we pride ourselves in pushing the envelope to deliver the latest and greatest”.

This note is to confirm that two Razer Project Valerie laptop prototypes were stolen from the Razer booth at CES. The product was taken from the Razer press room at approximately 4 p.m. on Sunday, January 8, 2017.

A $25,000 reward is being offered for original information leading to the identification, arrest and conviction of a criminal suspect. Razer, in its sole discretion, will decide who is entitled to a reward and in what amount. Razer may pay only a portion of the maximum reward offered. The decision will be based primarily upon law enforcement’s evaluation of the value of the information provided. When there are multiple claimants, the reward will be shared in amounts determined by Razer. Razer associates are not eligible for the reward. This reward offer is good for one year from the date it is first offered, unless extended by Razer. Information about the theft can be sent to [email protected].

Razer will not publicly disclose material that it receives or details about respondents, except to those persons with whom Razer is directly working to resolve this matter or as may be required by law.