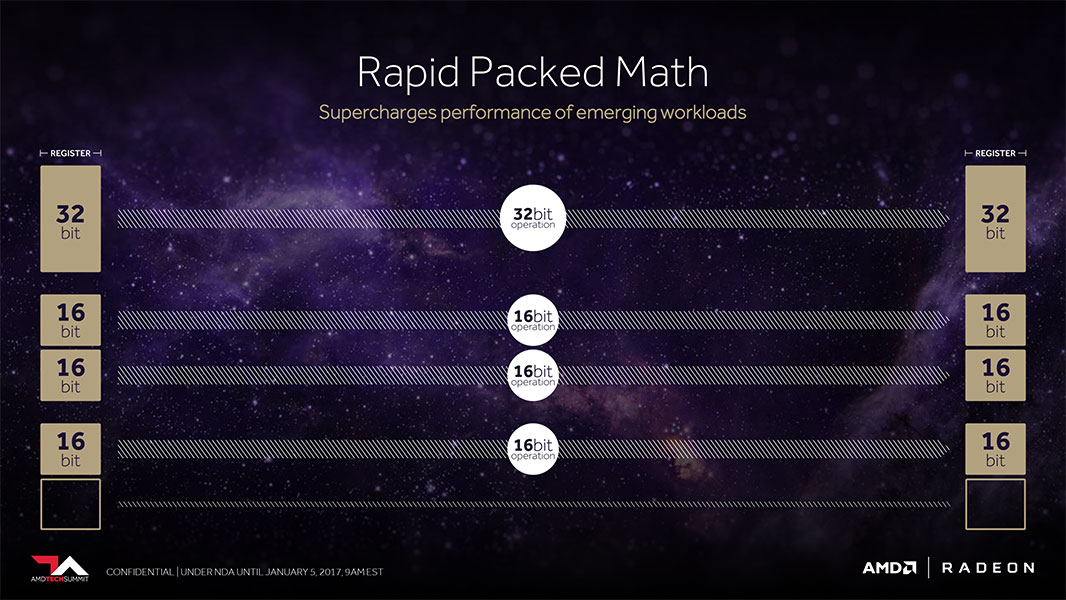 AMD Radeon RX Vega will go on sale from tomorrow, and we will be able to test the new technologies implemented in latest GPU core from AMD. One of new latest technologies is so-called Rapid Packet Math, in which it’s possible to perform two 16-bit operations at a time instead of one 32-bit operation. Thanks to these improvements, the VEGA NCU architecture is able to increase in four times the operations per cycle of clock with respect to the previous generation with almost the double clock speed.

This technology was believed to be exclusive to the Vega architecture, but ultimately will not be, because this technology will also be implemented in the PlayStation 4 Pro, which hopes to use such technology to reduce the existing graphics gap with the Xbox One X which will arrive at the end of December for for 500 euros.

The head of the announcement was Mark Cerny, chief architect of the PlayStation 4 Pro. According to him, the console would include a couple of features found in the future AMD roadmap. One of them is the aforementioned Rapid Packed Math; At that time, Cerny said that this technology has the potential to radically increase performance.

A few AMD roadmap features are appearing for the first time in PS4 Pro. One of the features appearing for the first time is the handling of 16-bit variables – it’s possible to perform two 16-bit operations at a time instead of one 32-bit operation. In other words, at full floats, we have 4.2 teraflops. With half-floats, it’s now double that, which is to say, 8.4 teraflops in 16-bit computation. This has the potential to radically increase performance.

Interestingly, Microsoft did not choose to add this particular feature to its future Xbox One X, something that perhaps decided that it was not necessary due to the power of the new GPU along with the extra built-in memory. In a few months we will know if Microsoft has sinned naive, and for this we will have to wait for the launch of the console and check the performance against the PlayStation 4 Pro in Wolfenstein II: The New Colossus and Far Cry 5, the first games to support Rapid Packed Math technology that can only take advantage of computers with Vega GPUs and the PlayStation 4 Pro.