Home Games PS4 games coming out in the month of August

The top-grade Sony’s PS4 is fairly impressive with the high-phi specifications compatible with next-generation PS4 games. The beginning of 2014 was just like a big explosion that readily influenced the gamers with the revelations of big-budget PS4 games and huge surprises. However, it seems like the upcoming month of August is going to be Throwback Thursday with some old titles with a new and fresh outlook.

A science fiction game which is wholly focused on puzzle solving and is quite interesting for those with a taste in imaginative stuff. The Swapper is a highly atmospheric game which is presented in a side-scrolling format where you’re stuck on a damaged space station and you’ve to make an exit to survive. The format may or may not be appealing for the gamers, depending upon the titles the gamers have experienced previously.

Devoted to the lovers of FPS and horrifying games, Metro: Redux is an upcoming bundle which contains the remastered versions of both Metro: 2033 and Metro: Last Light which are already available in the series. The downloadable content is also expected to be included in this sweet bundle.

Madden NFL 15, an upcoming American football game. This is another entry in the long-running Madden NFL series published by EA Sports with indefinite graphical improvements and adjustments just the way EA does. It undoubtedly will look fantastic with the new reconciliations. An updated roster will be included too.

Yet another entry in the puzzle games, “Road Not Taken” has made its way to PlayStation 4. The distinguished art style filled up with the lessons of life, the game takes place after a violent winter storm. For those who’re into puzzle games and architecture, “Road Not Taken” is the right game for you. Also, don’t mix it up with Robert Frost’s poem.

This game has captured the attention of PS4 gamers due to its distinctive looks, unique gameplay and different style. Hohokum is a non-linear game where you play as a serpent-like creature where you’ve the freedom to interact with the world and the objects in the surroundings. Filled with colors, the game is all about two-dimensional exploration.

One of the most long-standing game on multiple platforms is to be released on PlayStation 4 as per the heavy demand of the PS4 owners. The new edition includes a world that is 36 times larger than we’ve seen on the PlayStation 3’s edition (whoa!). Furthermore, the new edition is for the utilization of DualShock 4’s unique capabilities. In short, this edition is what the gamers are waiting for.

The PS4 games which you can purchase from Amazon are listed below: 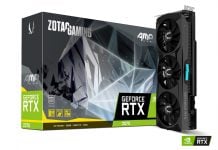