Home Games Project Scorpio To Have Support for AMD FreeSync 2 and HDMI 2.1 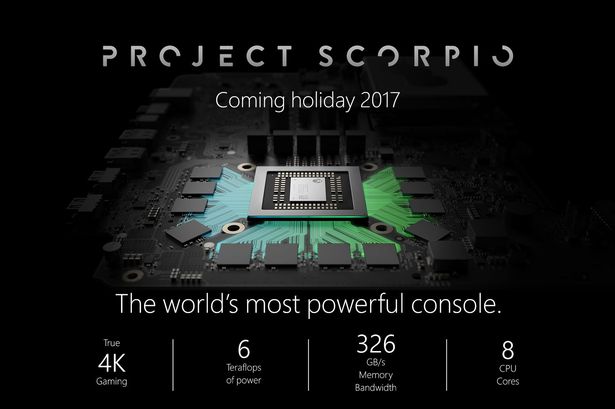 New details revealed by Digital Foundry suggest that the Microsoft’s upcoming console Project Scorpio will be featuring support for AMD’s FreeSync 2 and HDMI 2.1.

According to Microsoft, the team will keep its promise of working on the most powerful gaming console till date and since the launch of Project Scorpio is coming closer, the studio and analysts are sharing more details of the console. Last week, Microsoft revealed the specs of its upcoming powerful console which has been the topic of interest lately.

The update post from Eurogamer suggest that the support for these features will offer good range of frames per second for the Xbox owners.

In fact, Microsoft has actually implemented the FreeSync 2 standard, meaning compatibility with HDR and full support across the range of potential frame-rates. Paired with a supported screen, this will even eliminate tearing on games running with adaptive v-sync with frame-rates under 30fps, something not supported on most FreeSync 1 screens (VRR range varied on a per-screen basis, with 40Hz to 60Hz commonplace).

The FreeSync for TVs was one of the most awaited features, will also help the developers to target frames around 50 to 60 FPS. But that will be going to take more time from now as the TVs are hardly supported by the HDMI 2.1 and some extra work will be required by the developers for the increment in fps. But this indicates a good signal for the console gaming industry.

Scorpio’s adaptive sync support is baked in at the system level – the developer doesn’t need to worry about it (though they could enable higher frame-rate caps for VRR users if the overhead is there). And on top of that, it works across all Xbox content that runs on the new console – Xbox 360 backward compatible titles and Xbox One games.

Since the console is under development, so more and more info related to the hardware is expected in the coming weeks and months. What do you think about this powerful console from Microsoft?