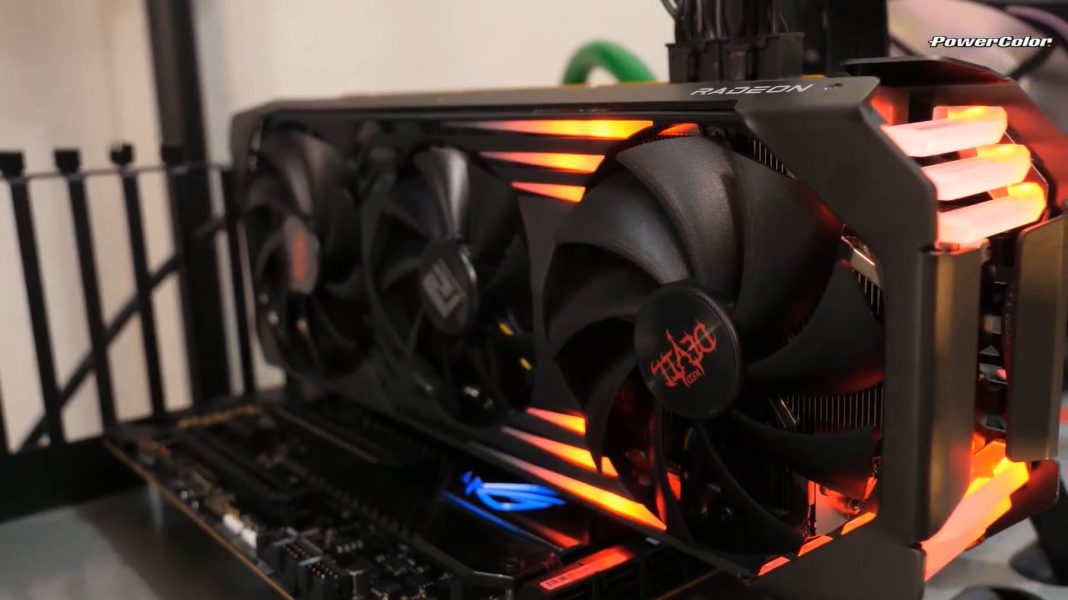 Thai website called ExtremeIT published video of PowerColor’s top-of-the-range graphics card in action, the Radeon RX 6800 XT Red Devil. In the video, we can see that its cooling system is made up of a triple fan configuration (2×100 + 1x 90mm), where a dual radiator design is joined by three 8mm thick copper heatpipes along with four 6mm thick heatpipes for extra cooling. 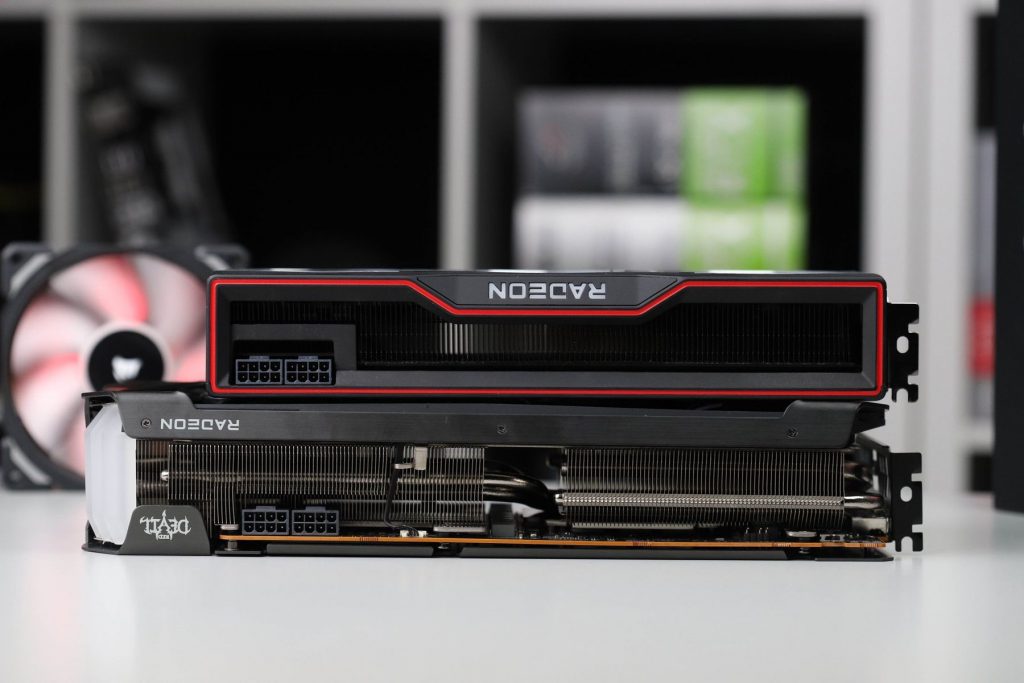 All this is supported by a backplate that will reinforce the graphics card PCB and prevent it from bending, a dual BIOS design with at least one VRM with 16 power phases is seen and, obviously, RGB lighting could not be missed. The tested model is a special pack that is limited to only 1,000 units, as it includes some extras such as a keycaps for the keyboard.

PowerColor Radeon RX 6800 XT Red Devil has 2090/2340 MHz frequencies by default, but without much trouble reviewer managed to reach a maximum frequency of 2750 / 2800 MHz in Game Mode / Turbo. But the manual overclocking did not appear to be very stable (display signal losses), but eventually reviewer modified the overclocking to 2600/2650 MHz. This allowed the graphics card to score 56,756 points in Fire Strike (1080p preset). 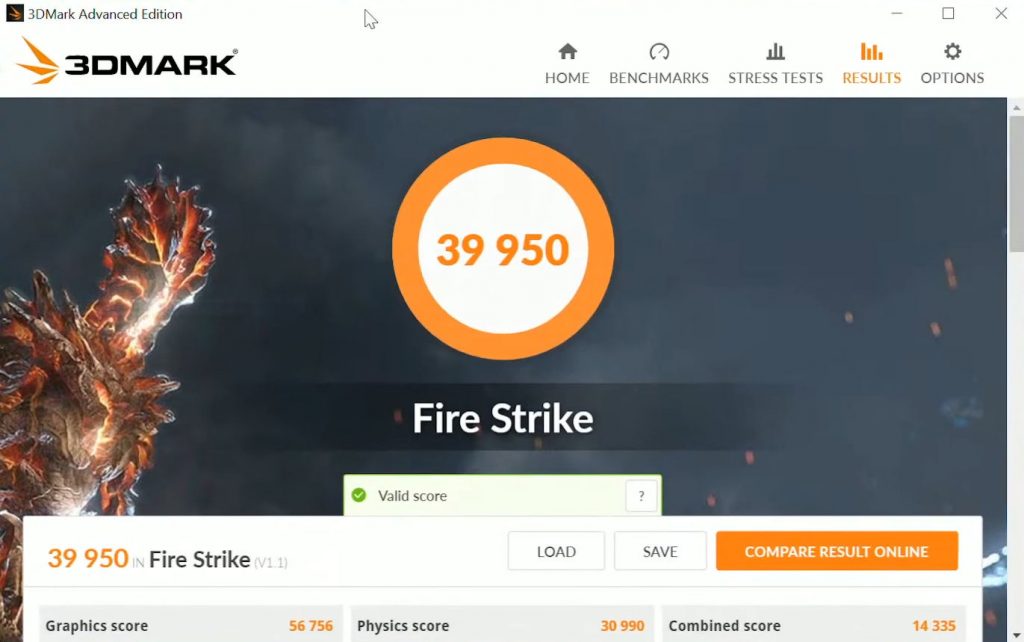 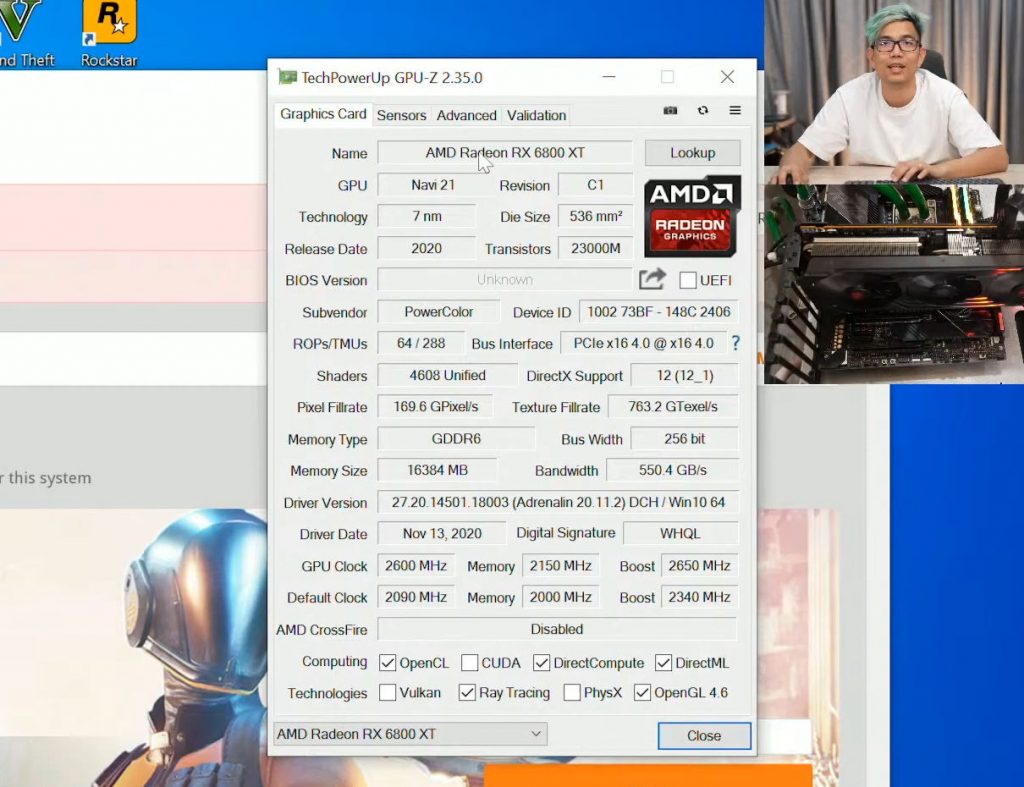