As we reported a few weeks ago, the Playstation streaming service that can play more than 400 titles of Playstation 3 (and soon some of Playstation 4) in other Playstation devices has been officially announced for PC and Mac and will be available in principle for some countries in Europe, and soon in North America.

On Playstation Now you can pay for a monthly subscription and secondly, you can rent titles for a limited amount of time. A PS Now sub runs $100 a year, $20 per month or $45 for three months. Sony offers incentives like the seven-day free trial to get you started. Try for a week, cancel if you don’t like it.

As expected, Sony finally gives official support for the DualShock 4 controller via a wireless USB device at the estimated price of $24.99. Of course, you could also use the wired Game pad when playing with PS Now.

The adapter will be available from September 15, to connect a wireless controller DUALSHOCK 4 to your Windows PC or Mac via Bluetooth. Simply insert the adapter into a USB port on your computer and follow a simple pairing process to connect the controller.

From that moment, you’ll enjoy your games wirelessly with compatible applications, such as using remote PlayStation 4 (PS4), and access all the great features and benefits of DUALSHOCK 4 contoller*: buttons, analog joysticks, touch panel, light bar, motion sensors, vibration and connector for stereo headphones. 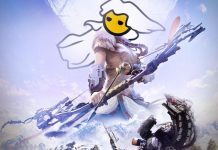